BIGBANG fans can get another glimpse of Daesung and Taeyang in the army through some new photos!

On April 20, a photo was shared on an online community of Daesung grinning in a photo with an acquaintance after completing his training course at the army recruit training center. Daesung entered training on March 13, and will now receive his military assignment. 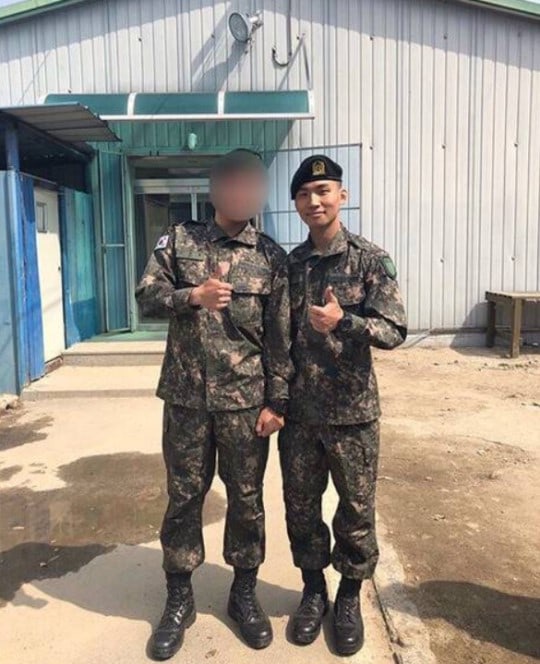 Photos were also recently shared online of Taeyang after he finished his five weeks of training on April 18, and they include shots of him smiling with flowers from fans. Taeyang entered training on March 12 and has reportedly been assigned to the 5th Infantry Division. 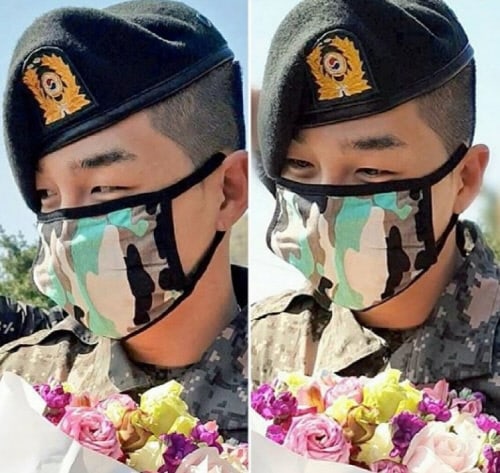 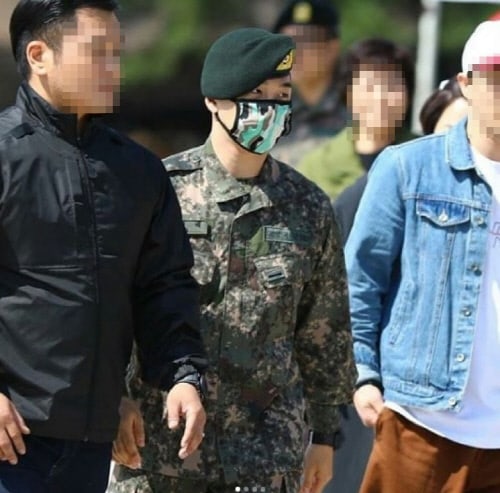 Both Daesung and Taeyang are due to be discharged from the military in December of 2019.