It looks like we have a new K-Pop celebrity couple for 2021!

According to Dispatch, BLACKPINK’s Jennie and BIG BANG’s G-Dragon have been spotted on multiple dates and has been dating for about a year.

Jennie first revealed her face to the public in 2012 in G-Dragon’s music video as the muse for “That XX”. The following year in 2013, Jennie also featured in G-Dragon’s second solo album title track “BLACK”.

Eight years has passed since then and it looks like they have become more than just a role model and muse for each other. 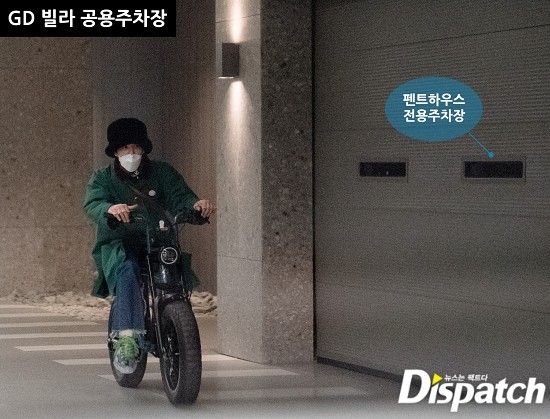 Dispatch has spotted the two meeting each other in secret, mostly at G-Dragon’s luxury villa in Hannam-dong.

First, G-Dragon’s penthouse has an independent parking system, with a separate parking lot within the villa’s public parking lot. In order to go from the front door to the parking lot, you have to go through a two-step verification process. There is also a dedicated elevator in the penthouse parking lot that is used to go up to the house. Because there is no need to go outside to get in the house, they do not have to worry about any exposure of the outside. It was also reported that Jennie’s car has been registered at G-Dragon’s villa. According to Dispatch, Jennie had no problem going through the front door without a separate authentication procedure. 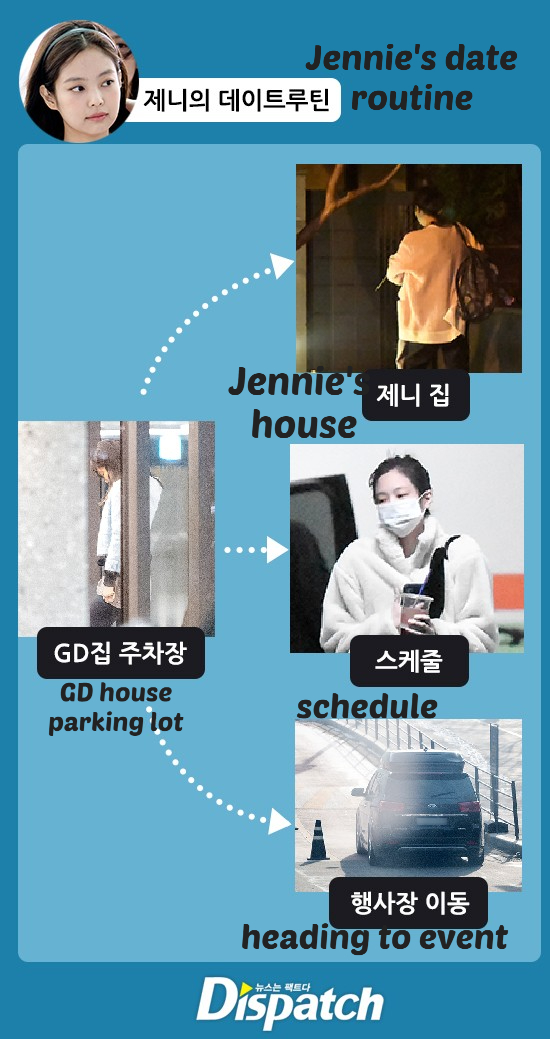 Jennie’s dating routine is pretty consistent. After BLACKPINK’s promotion period and schedules, she would go over to G-Dragon’s house first. Her routine included schedules-> dates-> home. Even when she was not promoting, her routine remained the same. Their relationship is an open secret within YG Entertainment. Jennie’s manager is in charge of driving her to and from G-Dragon’s house. At other times, G-Dragon’s manager does the driving. G-Dragon’s secret visits to Jennie’s schedule also fueled the rumors between the two. Last year, G-Dragon showed up to BLACKPINK’s music video filming site and gave encouragement and support to Jennie. 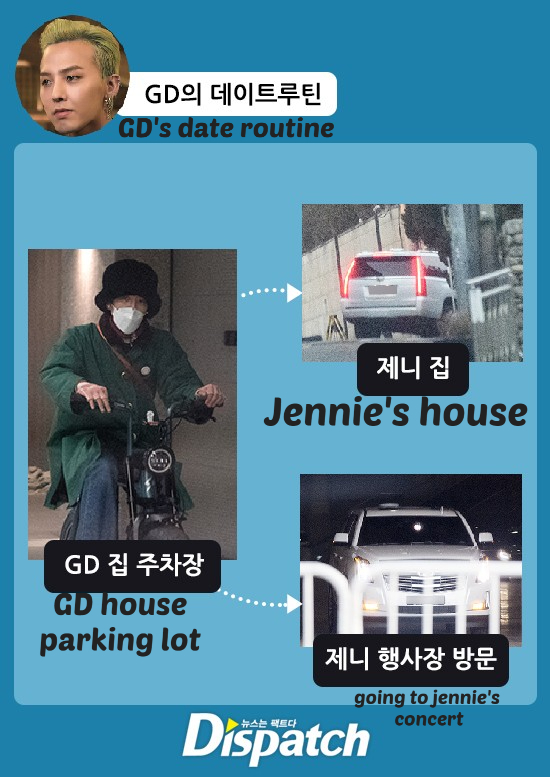 Last month, Jennie was seen heading out of G-Dragon’s house the morning of BLACKPINK’s online concert. Dispatch could spot their routine once again as G-Dragon’s vehicle could also been seen at the Kintex where the online concert was being held.

Close acquaintances of the two told Dispatch, “A lot of people at YG know about their relationship. Jennie’s mother also knows about her relationship with G-Dragon. She is thankful that he takes good care of her.”

Currently no statements have been made by G-Dragon. But with the Dispatch’s reports and the statements from acquaintances, it’s only a matter of time before he speaks up.

In response to these reports YG Entertainment released a short statement.

It is difficult for the company to confirm as it is the artists’ personal life. We hope you understand.