BLACKPINK‘s Jisoo, Red Velvet‘s Yeri, and ITZY‘s Lia are all known for their unique personal styles, but sometimes their outfit choices still overlap. In fact, all three stars recently wore the same dress. The surprising part? They all served completely different vibes while wearing it.

The dress in question was one of the standout pieces from Burberry‘s Fall/Winter 2020 womenswear collection. Retailing for ₩2.45 million KRW ($1,720 USD), the check stretch jersey corset dress was created by famous Italian fashion designer Riccardo Tisci.

Yeri wore the $3,500 USD dress and skirt combo in November 2020 at an art museum photoshoot for Noblesse Men Korea.

She later updated her Instagram feed with more full-length photos. In her version of the outfit, Yeri gives off a remarkably innocent, pure, and modest look.

Jisoo, on the other hand, wore a modified version of the dress in a teaser for THE ALBUM.

And last but not least, Lia’s vibe in her April 2020 shoot for ELLE was completely different from both her sunbaenims.

She wore the same dress and skirt combo as Yeri, topped off with a wide choker, Burberry bag, and adorable ribboned hair bun. In a post on Pann, netizens described Lia’s style in the dress as “malgwalryangi“—a term used to describe girls with a sassy, vivacious, Pippi Longstocking vibe.

Interestingly, this isn’t the first time this trio has been caught twinning—or, rather, tripleting. For example, Jisoo and Lia both wore this $3,300 USD Alexander McQueen ruffled crochet lace dress from the 2020 resort collection. Jisoo wore hers in the “How You Like That” music video with a matching headpiece.

Lia, meanwhile, wore the dress with a black belt for a VOGUE Korea shoot. 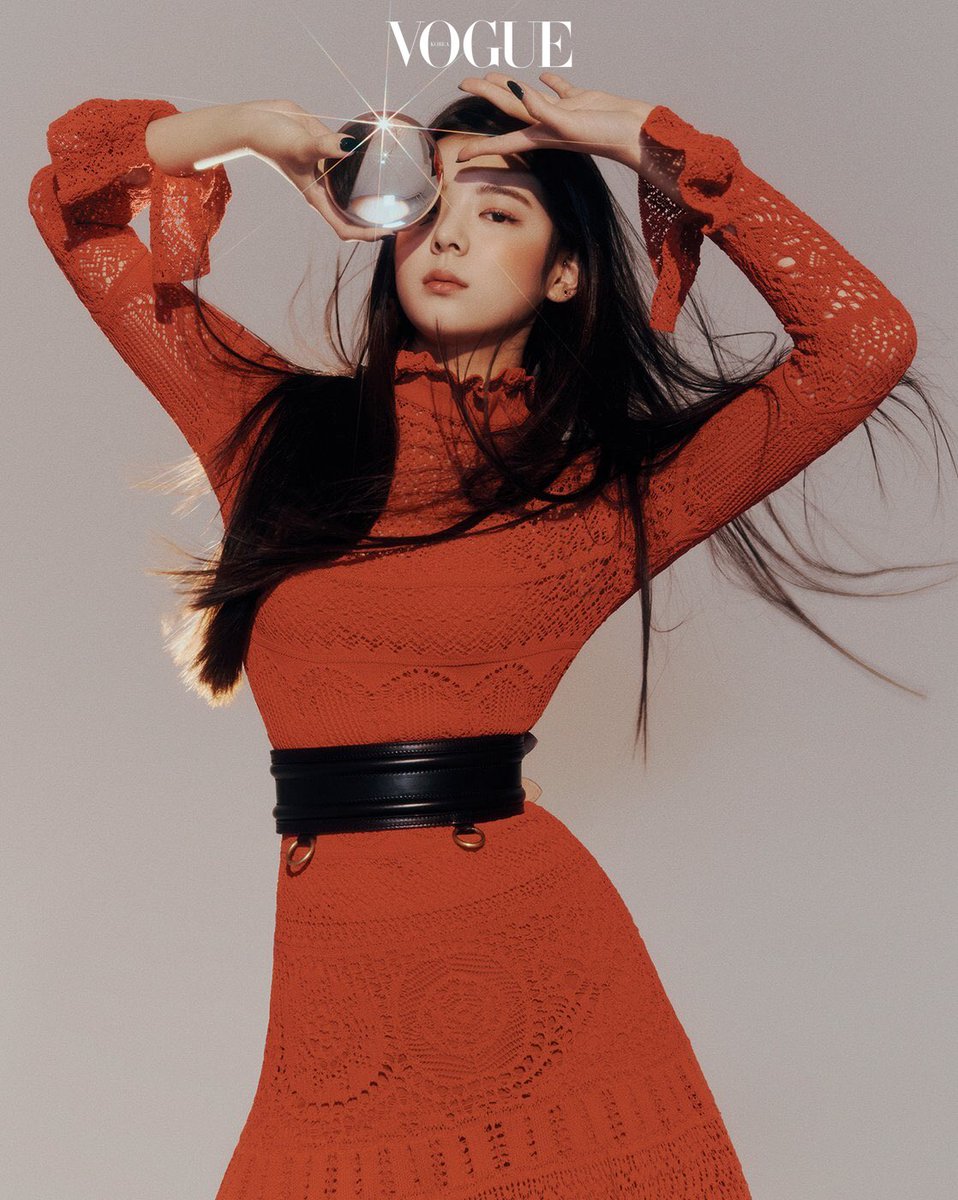 Jisoo and Yeri have also worn the same hoodie from NIEEH.

The NIEEH brand is thought to possibly be owned by BLACKPINK’s Jennie, who is both Yeri’s close friend and Jisoo’s bandmate.