BLINKs are banding together to protect BLACKPINK‘s Jisoo and calling for YG Entertainment to take action.

Jisoo has become a target for BLACKPINK anti-fans on social media. The evidence, collected by BLINK, includes tweets and Instagram posts that insult the star and threaten her safety. 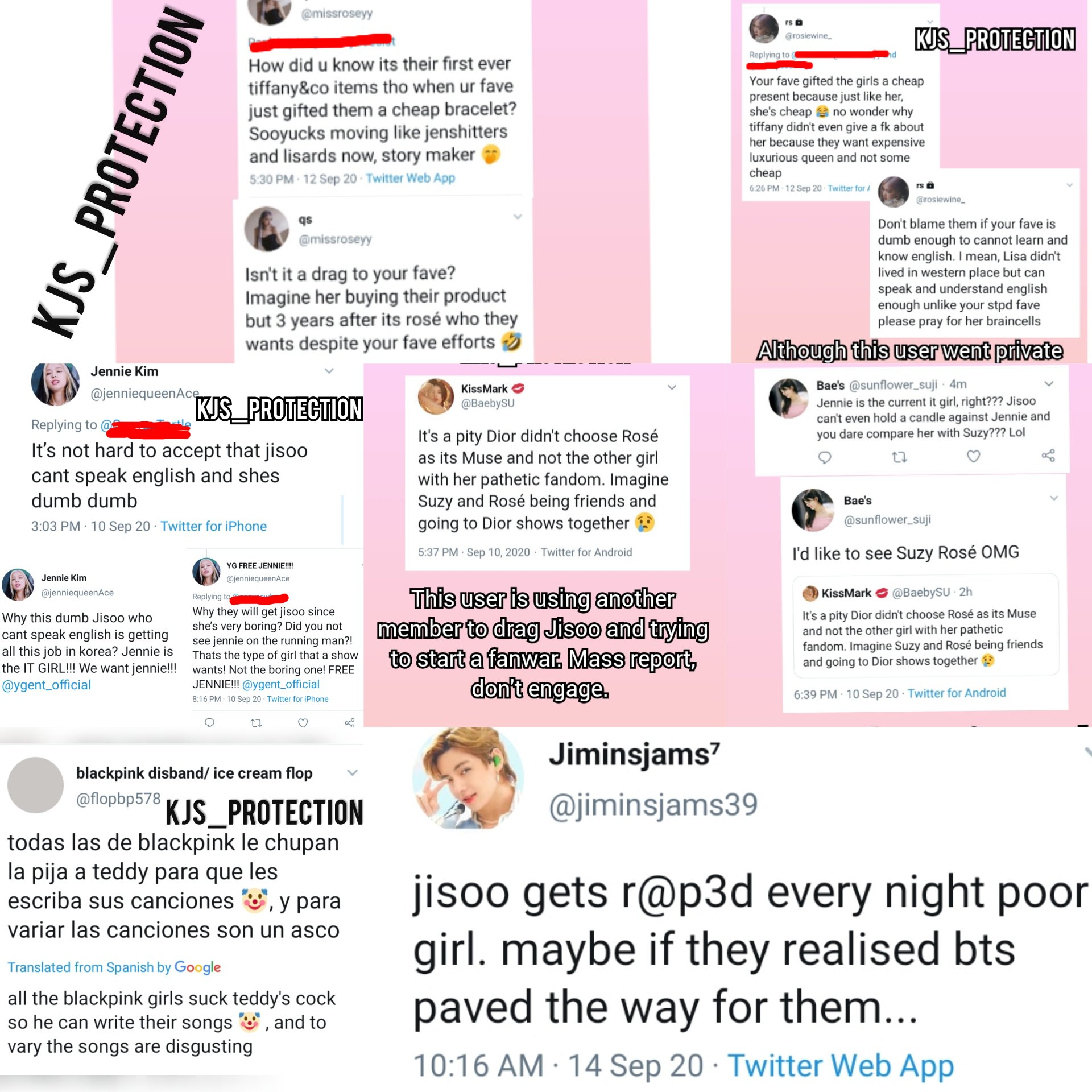 Some of these disturbing comments are explicit and sexual… 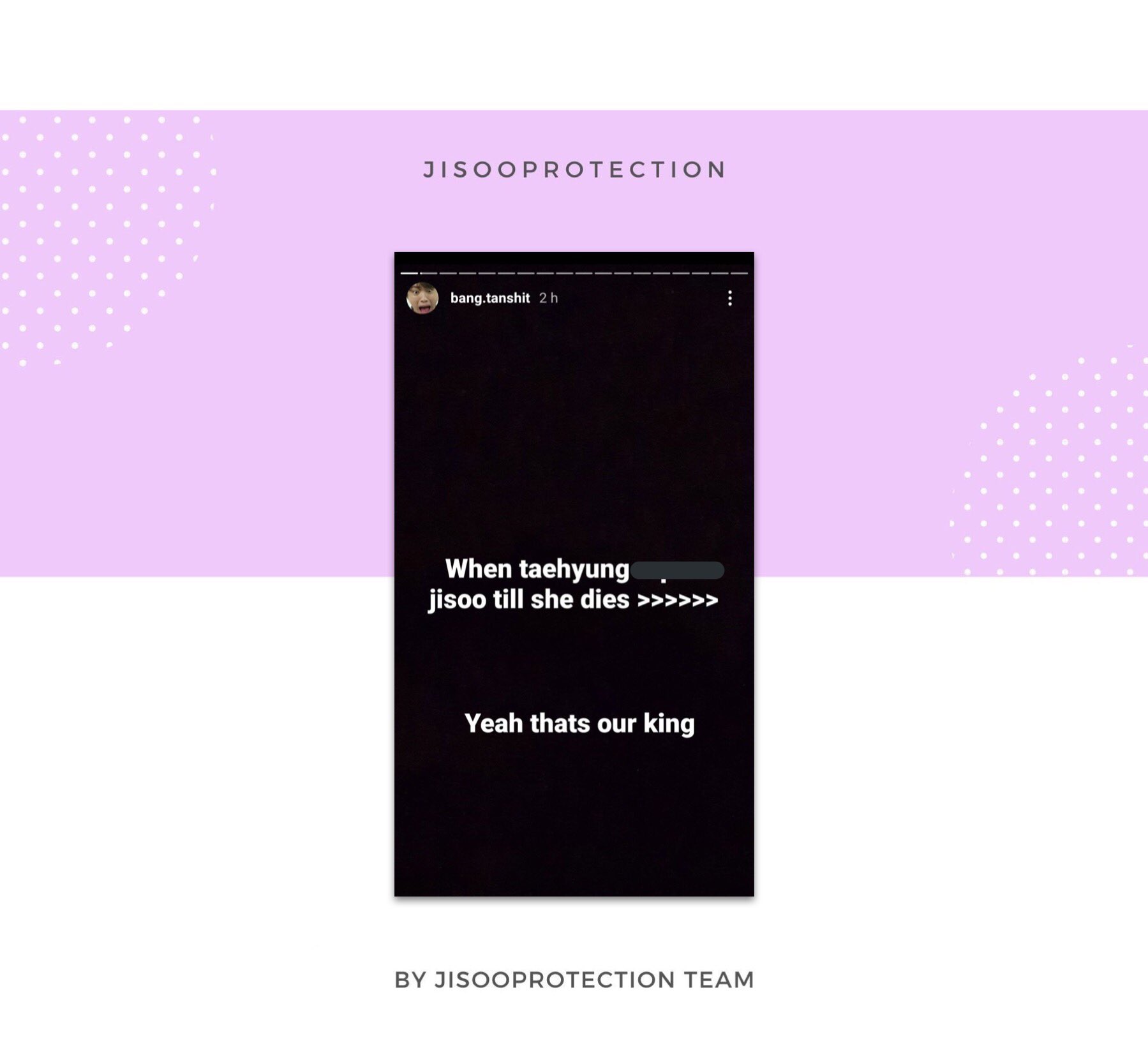 ….and others threaten Jisoo’s life. 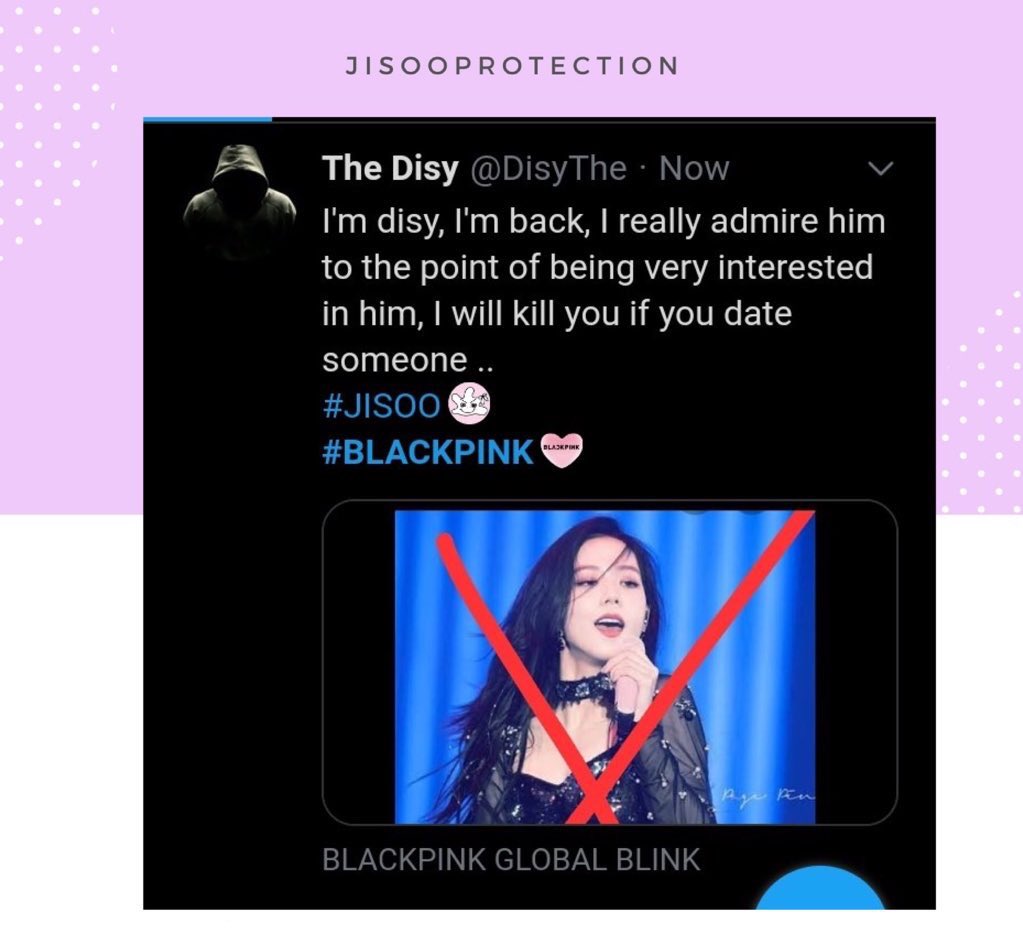 In response, BLINKs are calling out the netizens who wrote these posts, while asking BLACKPINK’s agency to do more to protect Jisoo from hate.

The dehumanising posts that were targetting Jisoo is beyond disgusting. How can you all forget always being a decent human over kpop? Idols are humans too. Jisoo is a human. She does not deserve any of this! Protect the girls, protect Jisoo YG!! @ygent_official #YG_ProtectJISOO

This little human doesn't deserve anything that's happening to her right now. What's wrong with those people? Please learn to mind your own business because we don't give a damn about your faves. #YG_ProtectJISOO pic.twitter.com/NtSuHmp73D 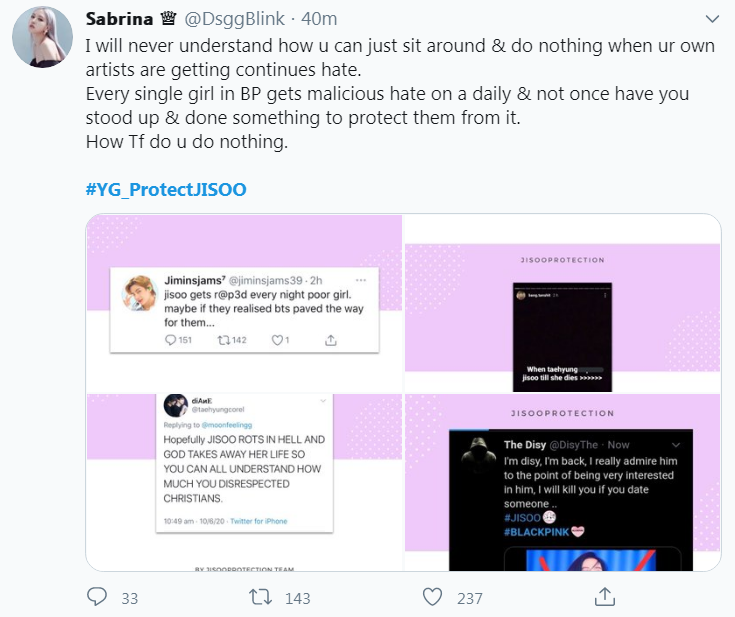 All of BLACKPINK’s members have been getting constant hate and it feels like every week we have to trend one of these hashtags because @ygent_official aren’t doing their job!! Protect the girls cause they deserve all the protection in the world!! #YG_ProtectJISOO @BLACKPINK

If you don't have something nice to say, don't say anything at all. ????