Everyone in BLACKPINK is more than just an idol—they’re fashion icons as well. Even in something as simple as a school uniform, their unique tastes shine through. Their appearances in JTBC‘s Knowing Bros exemplifies their differences in style.

First up, Rosé attended the variety show several times. While promoting The Album, she had on a classy version of a school uniform. 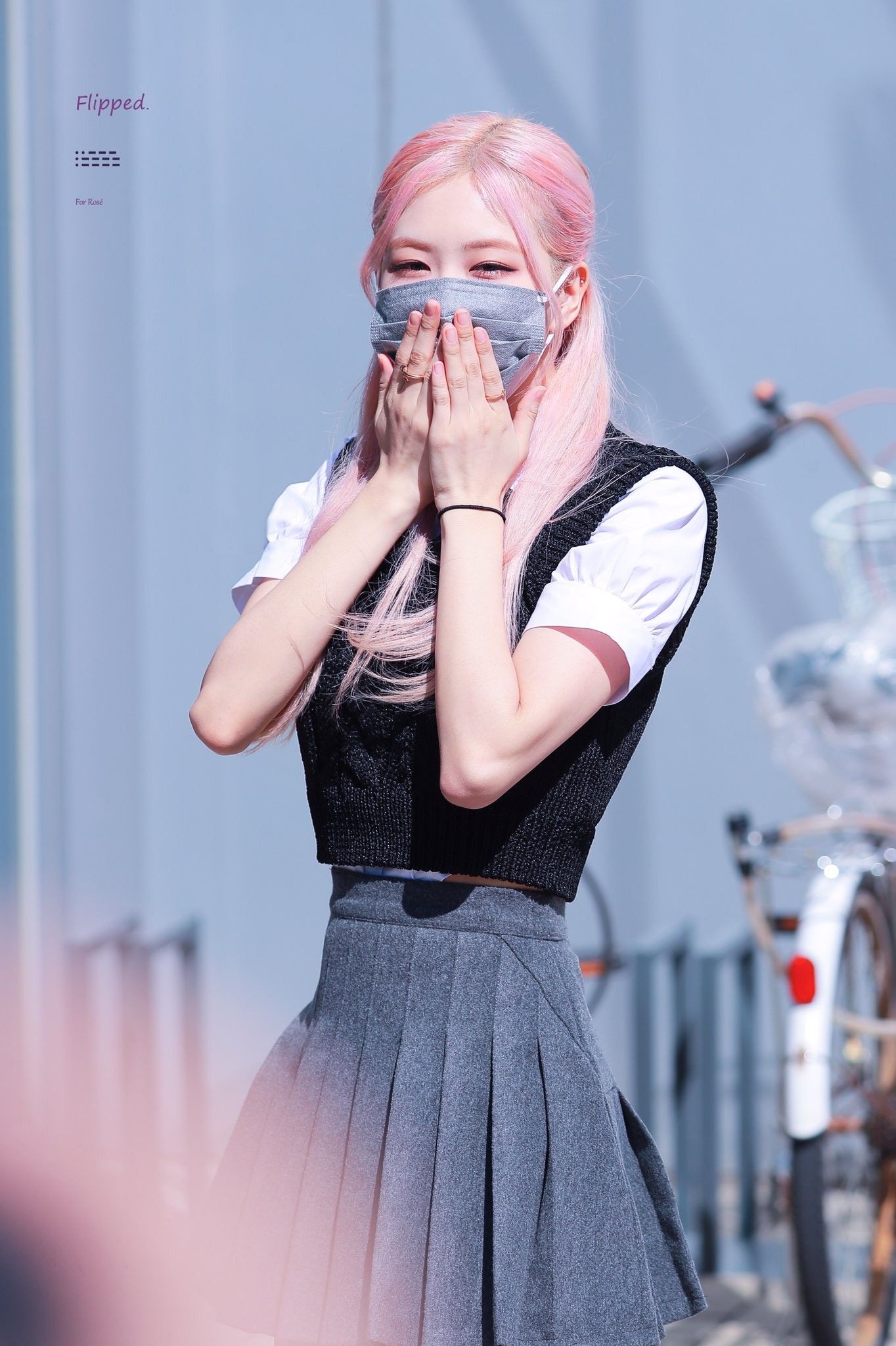 She wore a black knitted vest, a short sleeved white blouse, and a pleated gray skirt. It made her look like the ultimate school crush of fans around the globe! 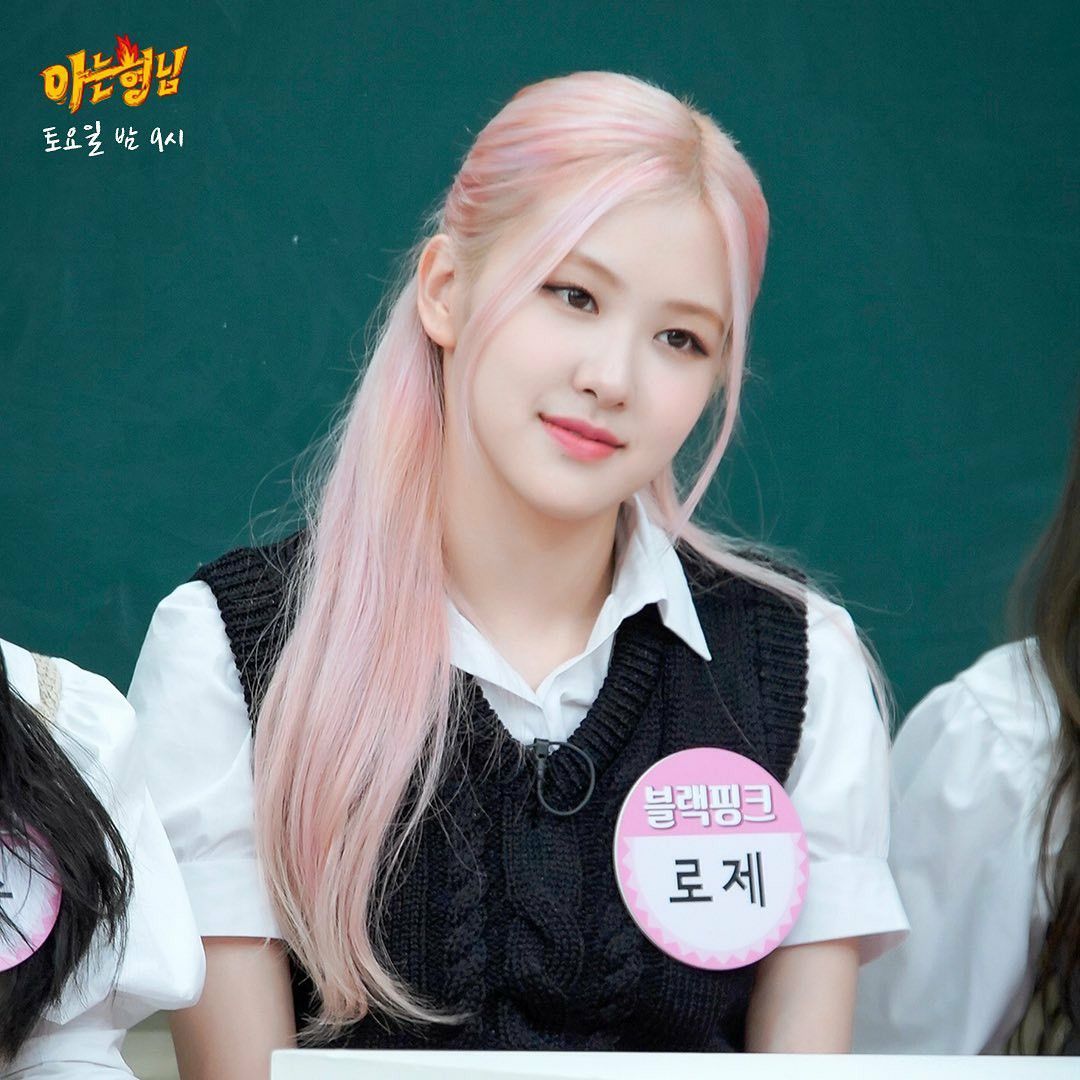 The latest time she visited Knowing Bros was to promote her solo album R along with its title track “On The Ground.” She also had on a quintessential school uniform, this time a black blazer with a gray necktie. 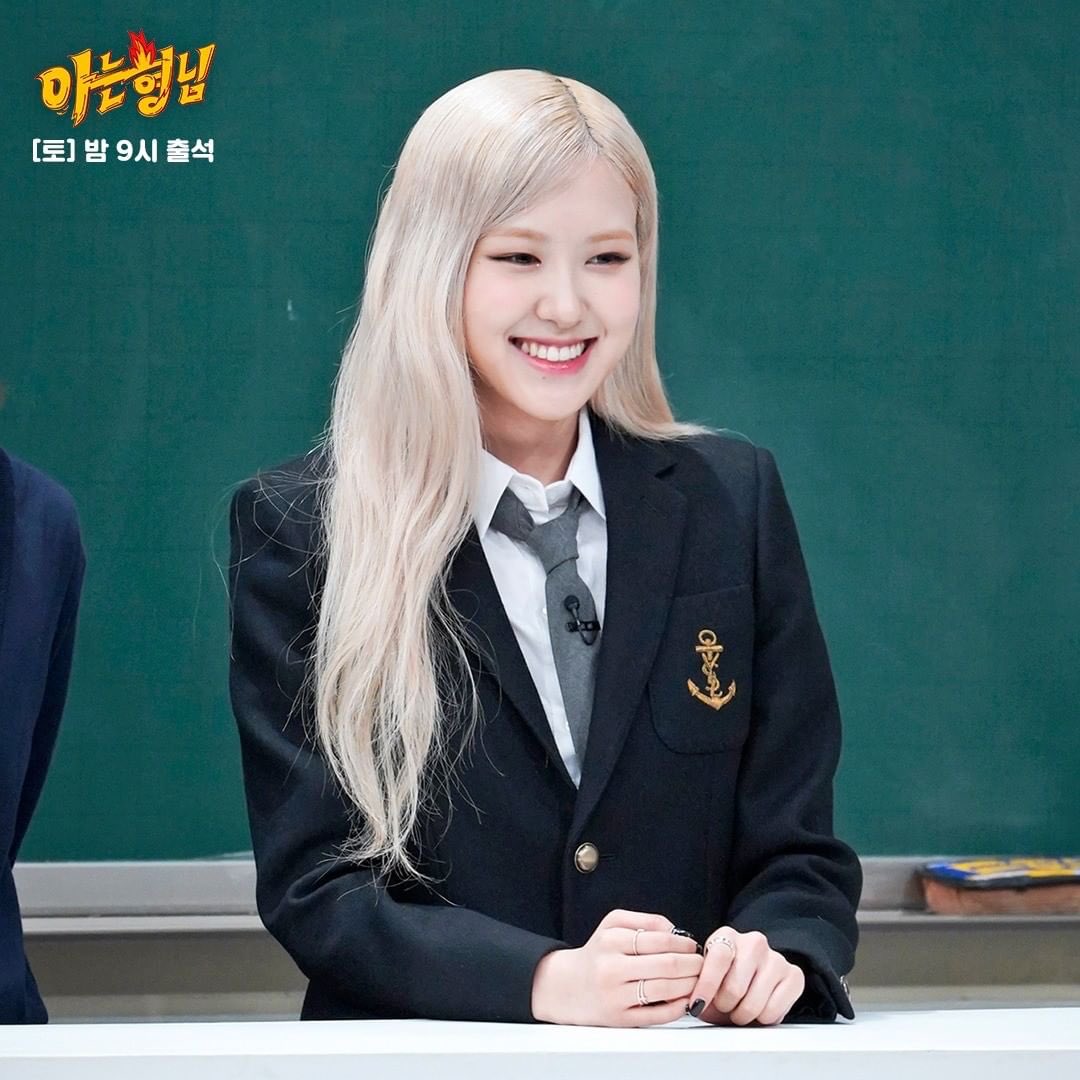 Without a doubt, it was hard to look away from her! 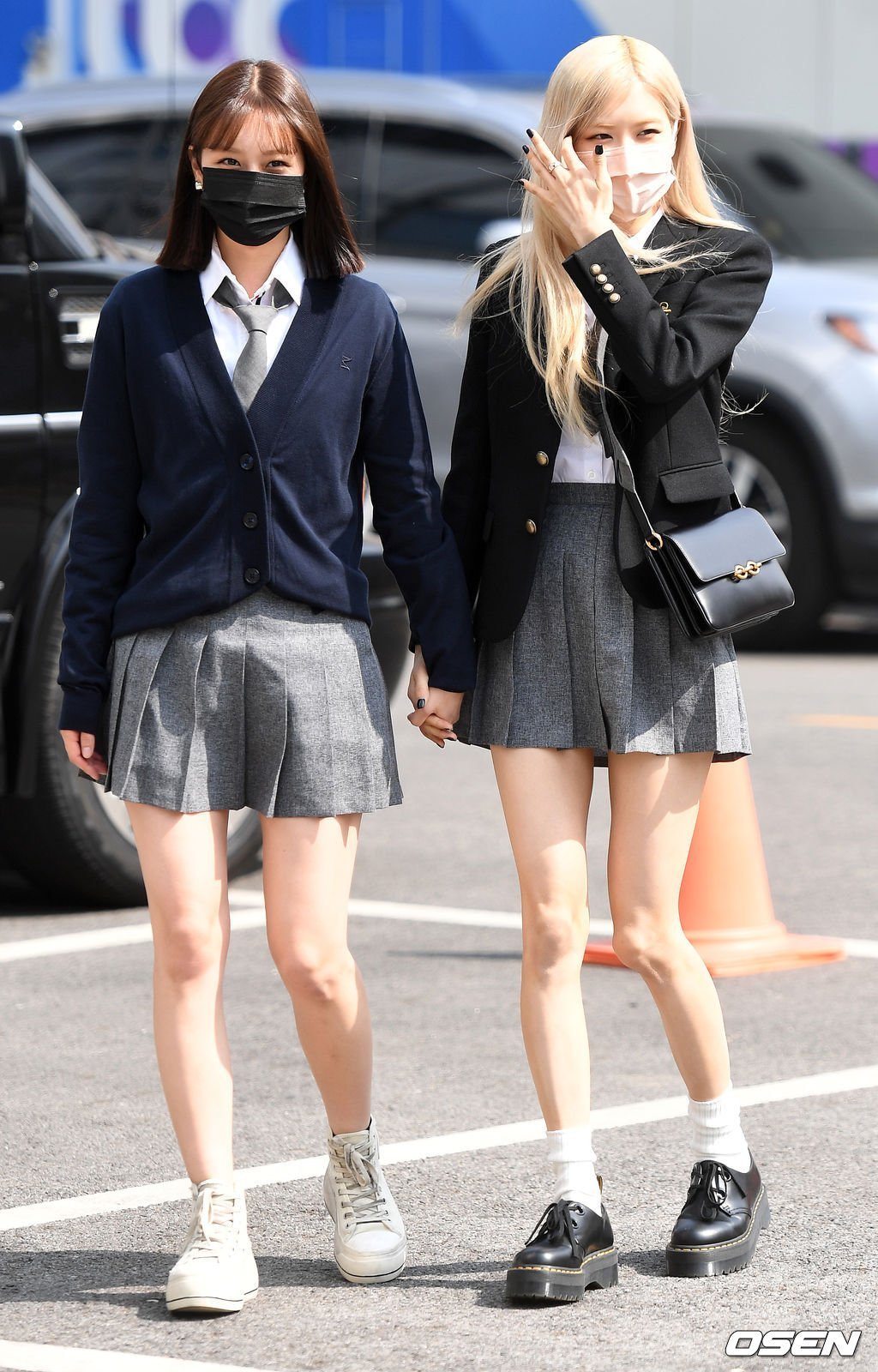 Next up, Jennie was sweetness personified in her Knowing Bros uniform. 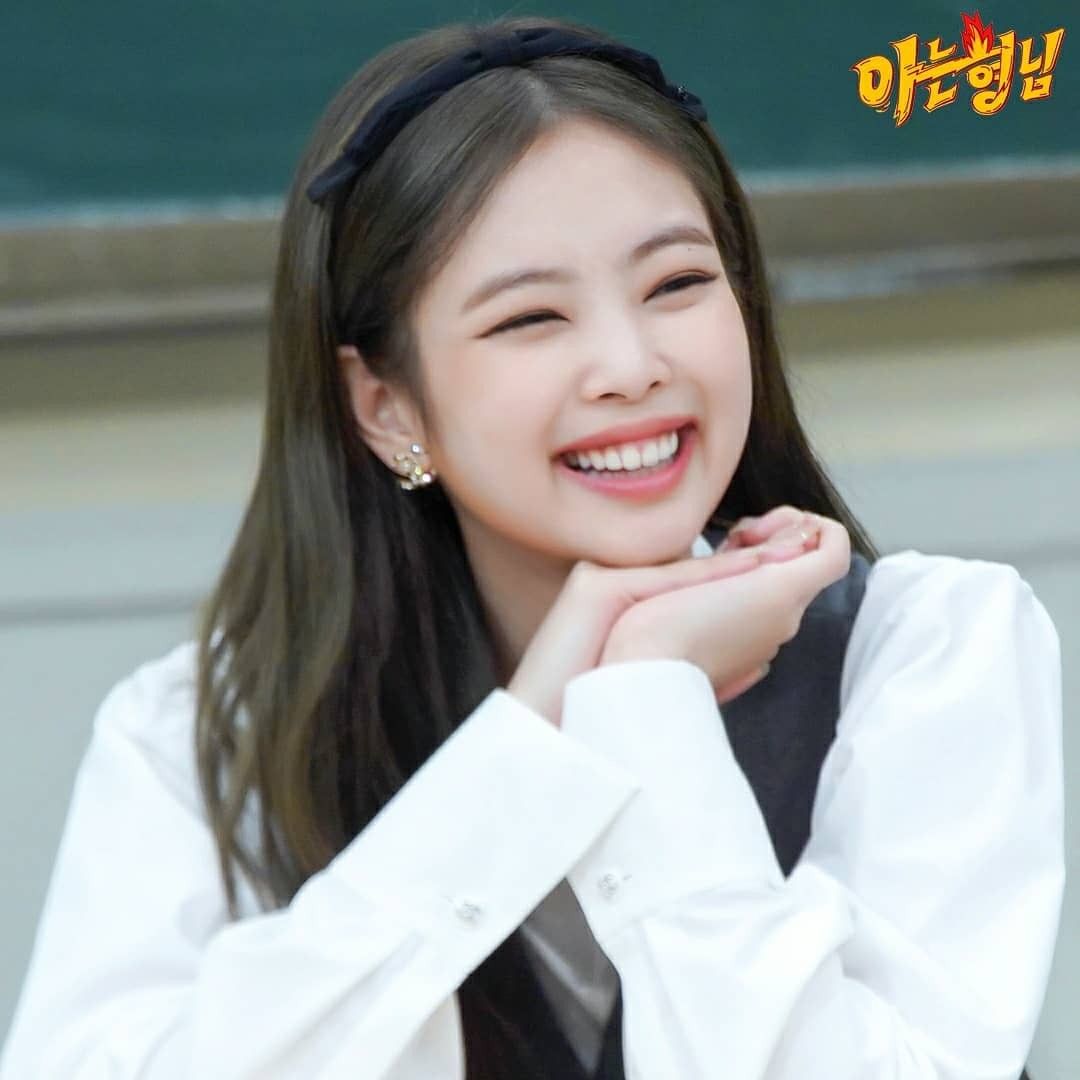 She had on a full gray and white color scheme with a similar skirt as Rosé’s. Jennie set herself apart with her suit vest and long sleeved button down. 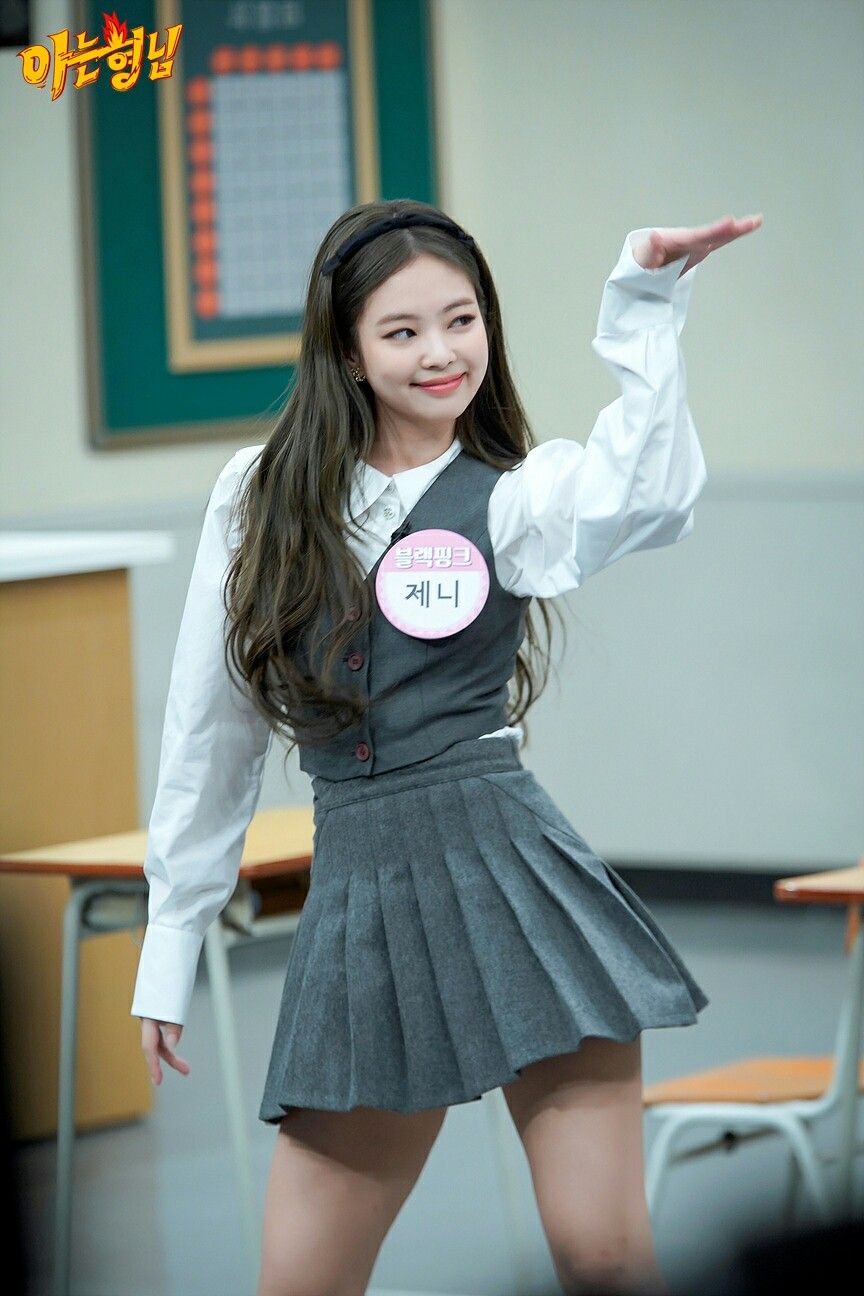 Like the true fashionista that she is, she even paired it with a fluffy scarf on the way to the studio. 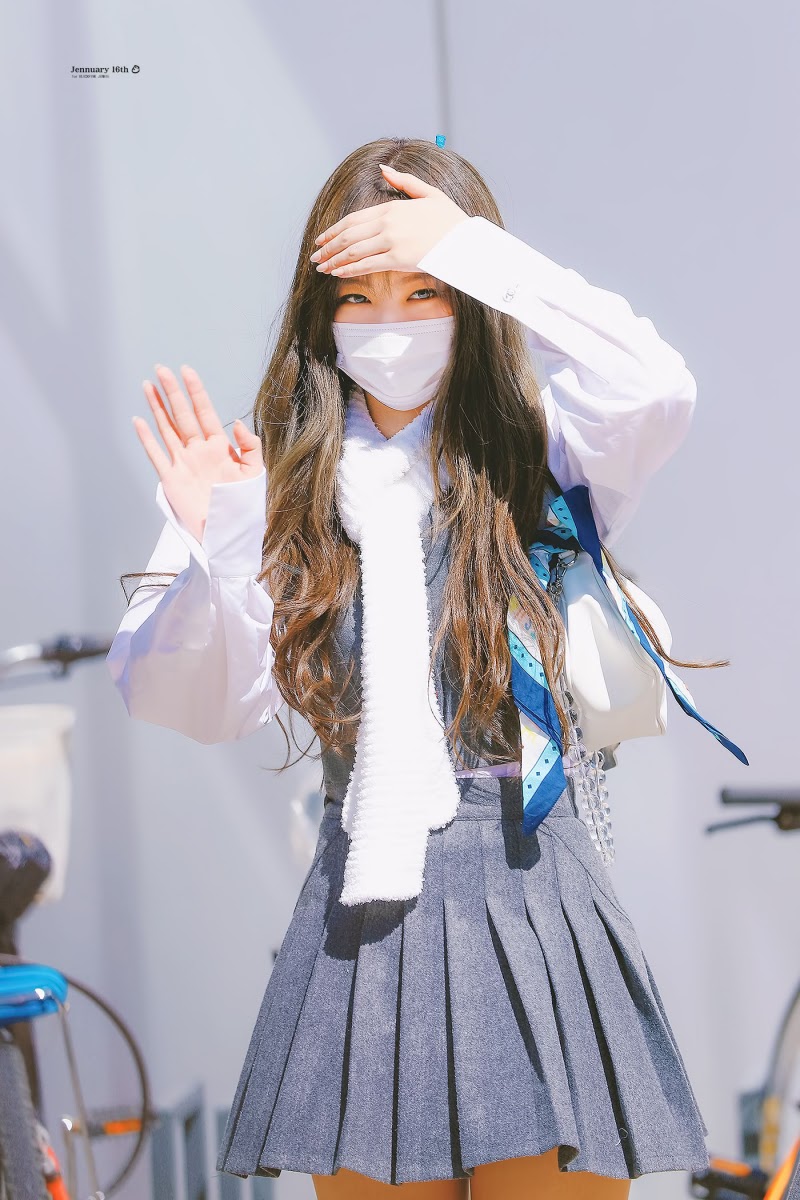 Along with her headband and bright smile, she was as cute and loveable as ever! 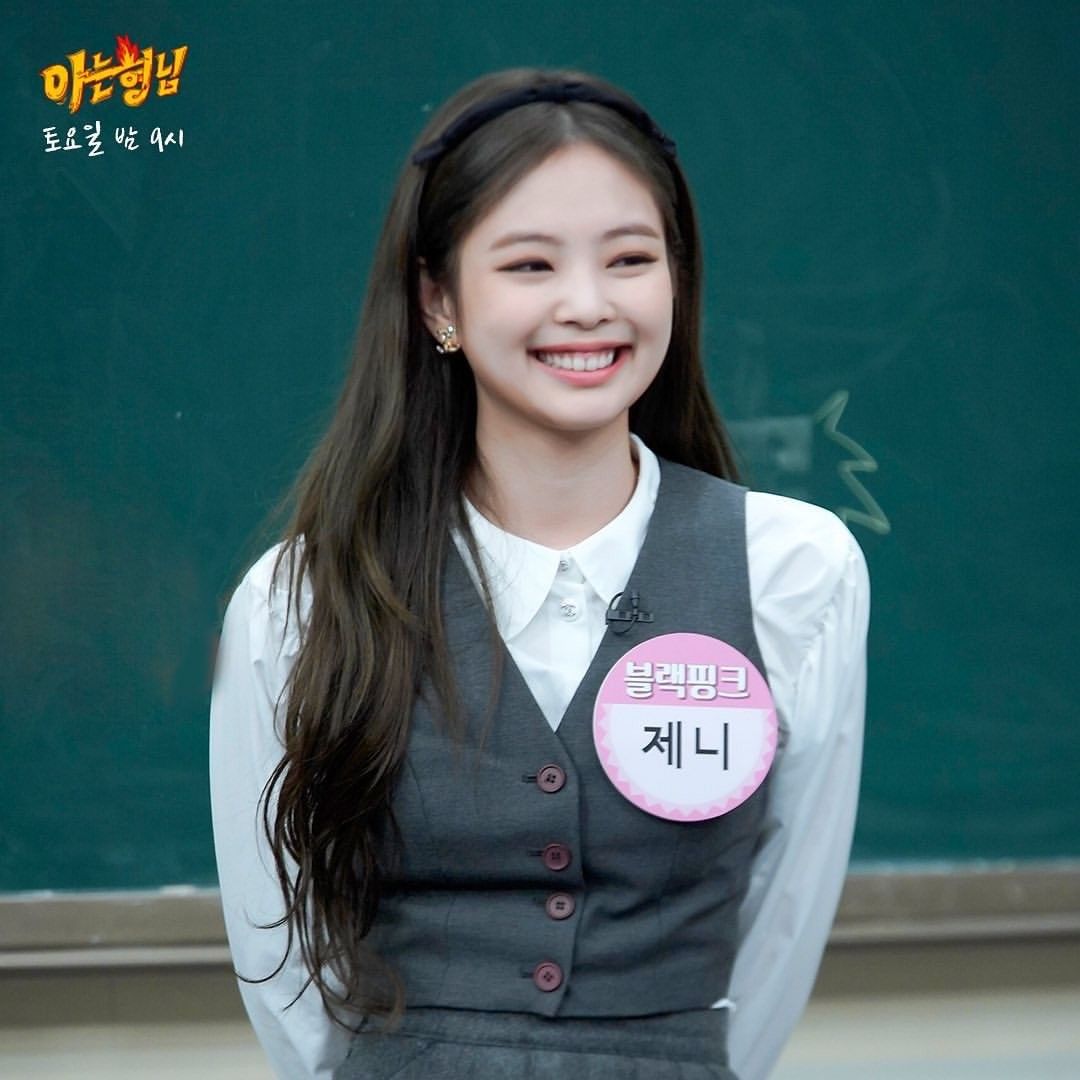 Jisoo is elegance on another level! Her puffy sleeves and beige top gave her a soft and pleasant aura. 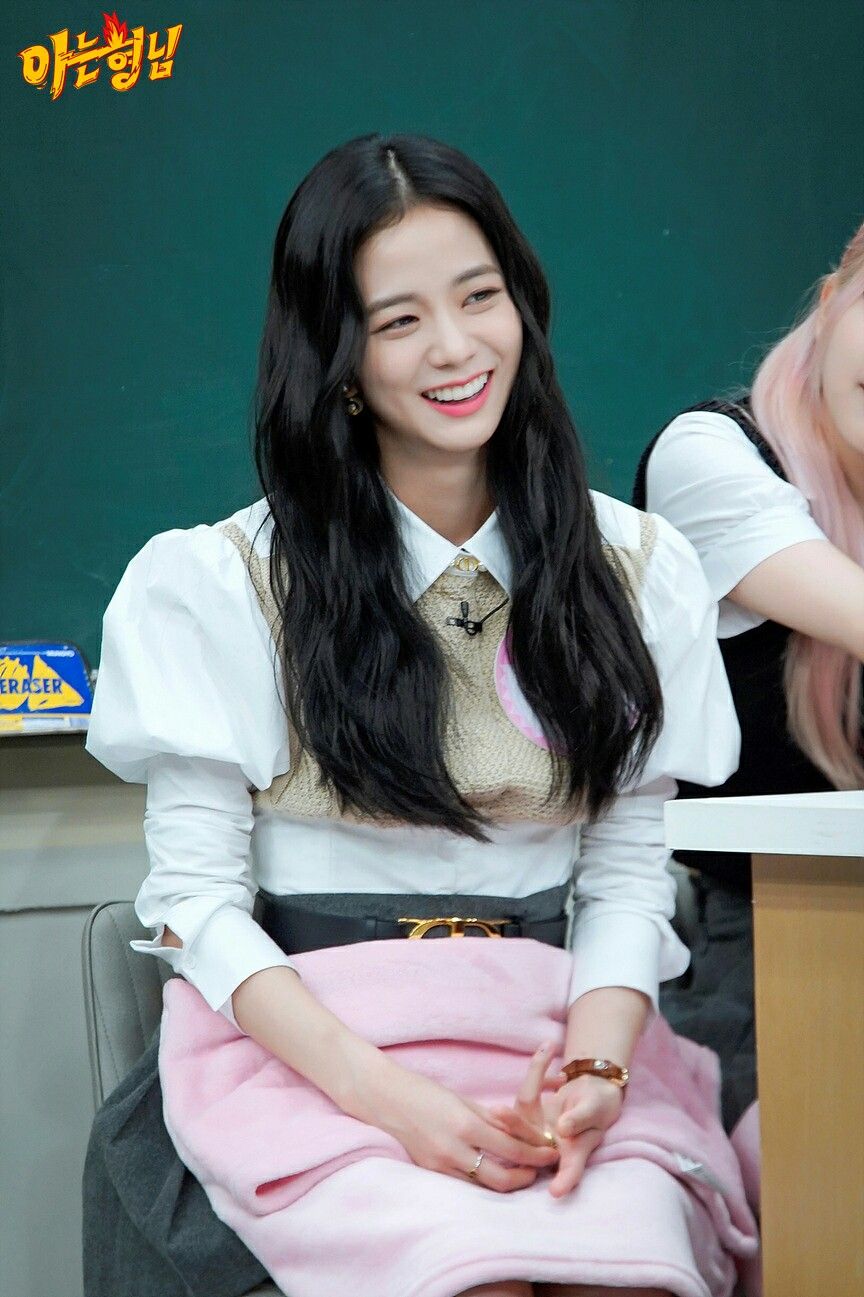 With her Dior belt, she looked expensive, classy, and beautiful. 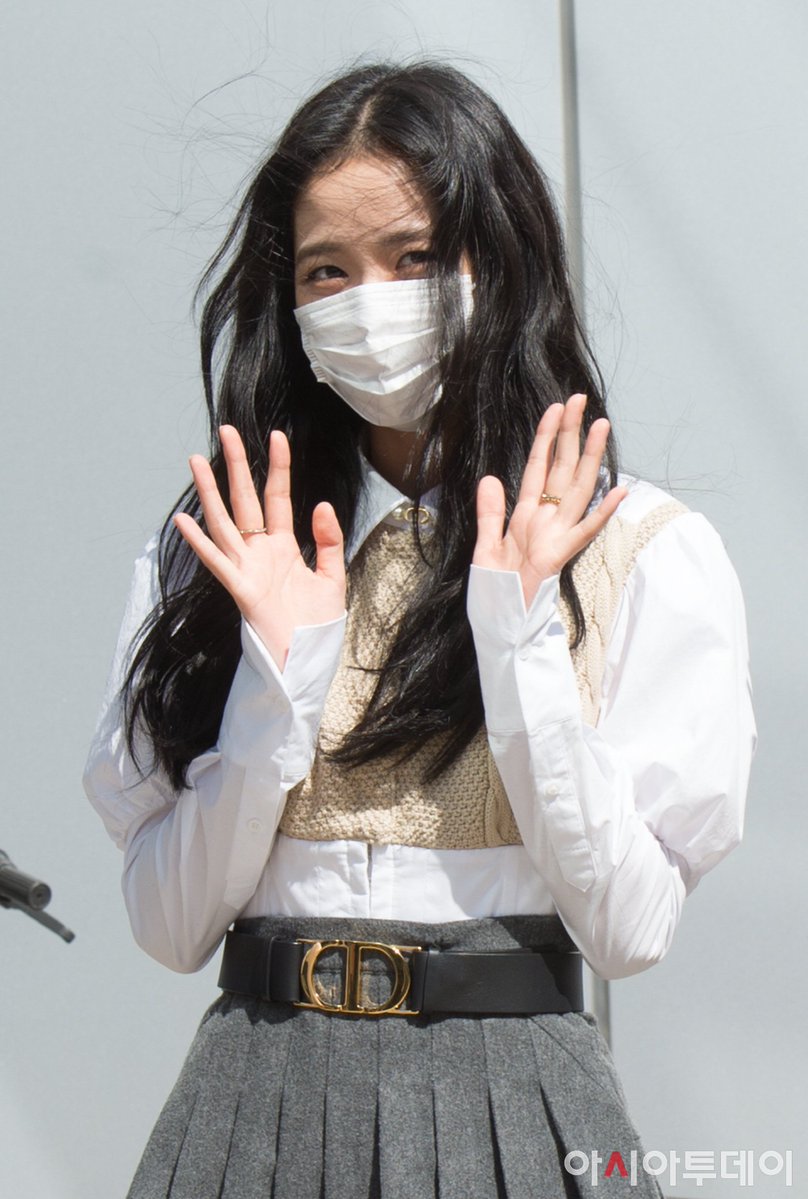 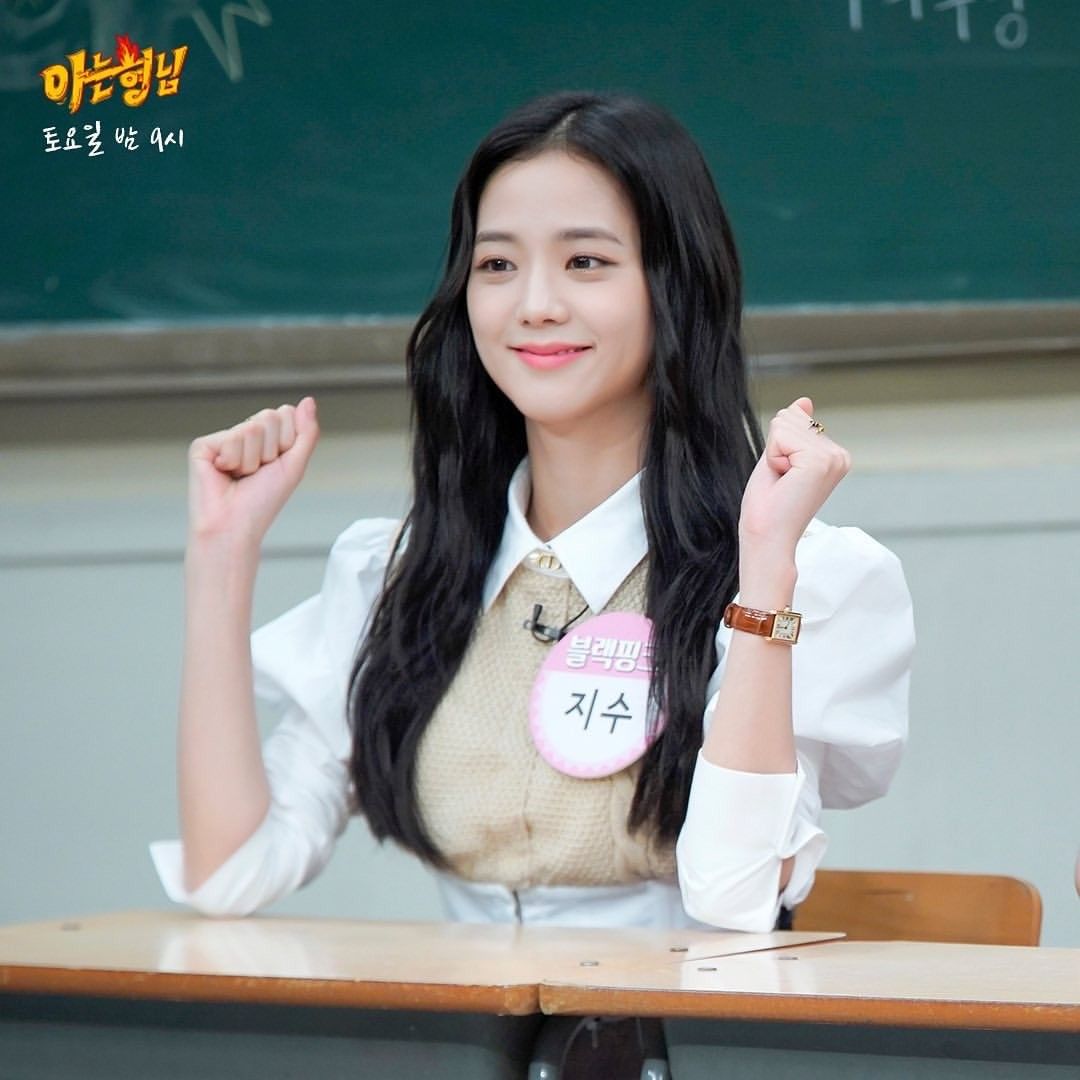 Finally, if Lisa’s outfit were a dress code, it would be a mix of business and cocktail. Her blazer would let her fit in among office workers around the globe, but her turtleneck blouse with lace detailing would not look amiss in an upper class party. 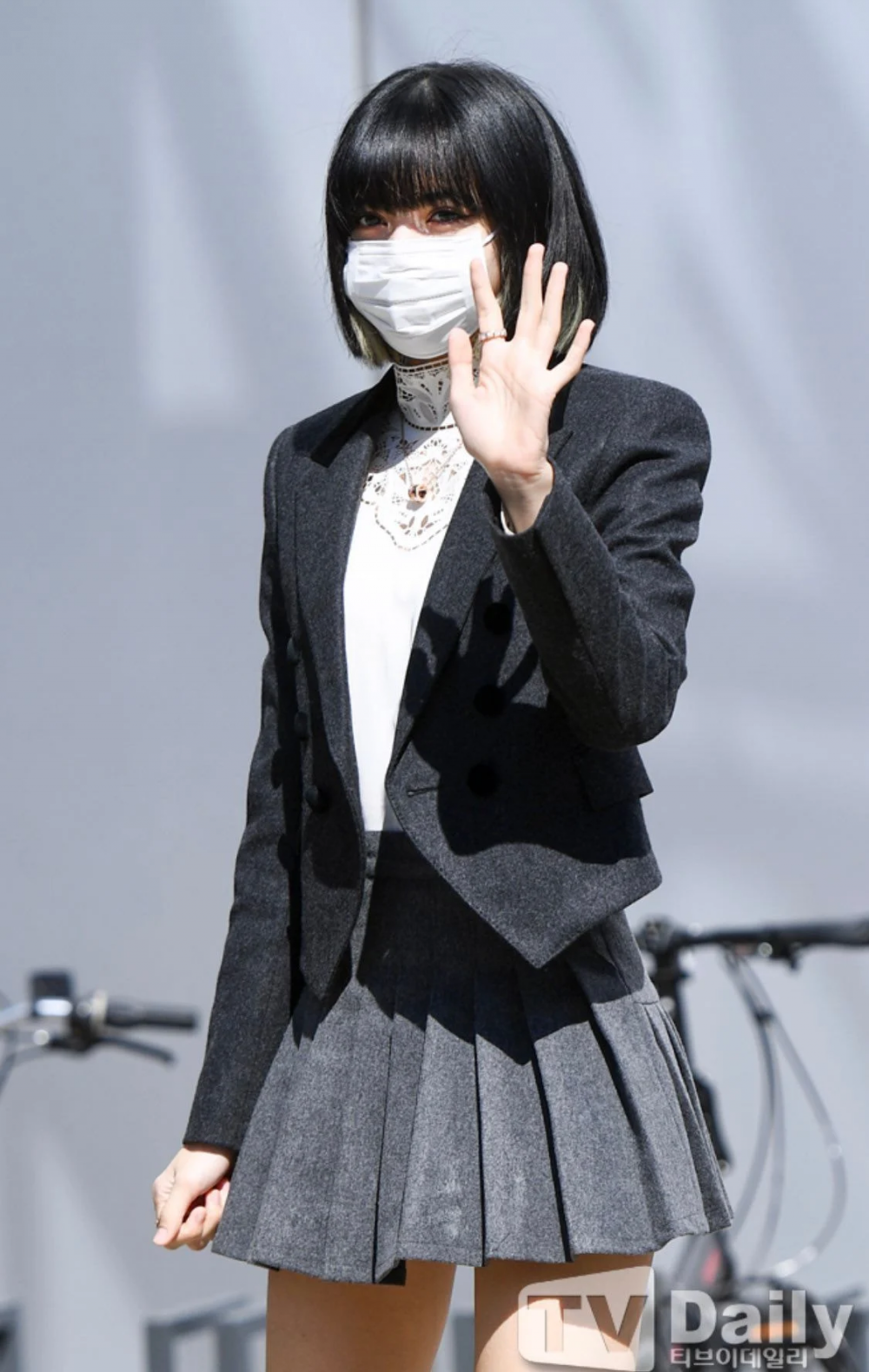 She was undeniably trendy and chic from top to bottom. 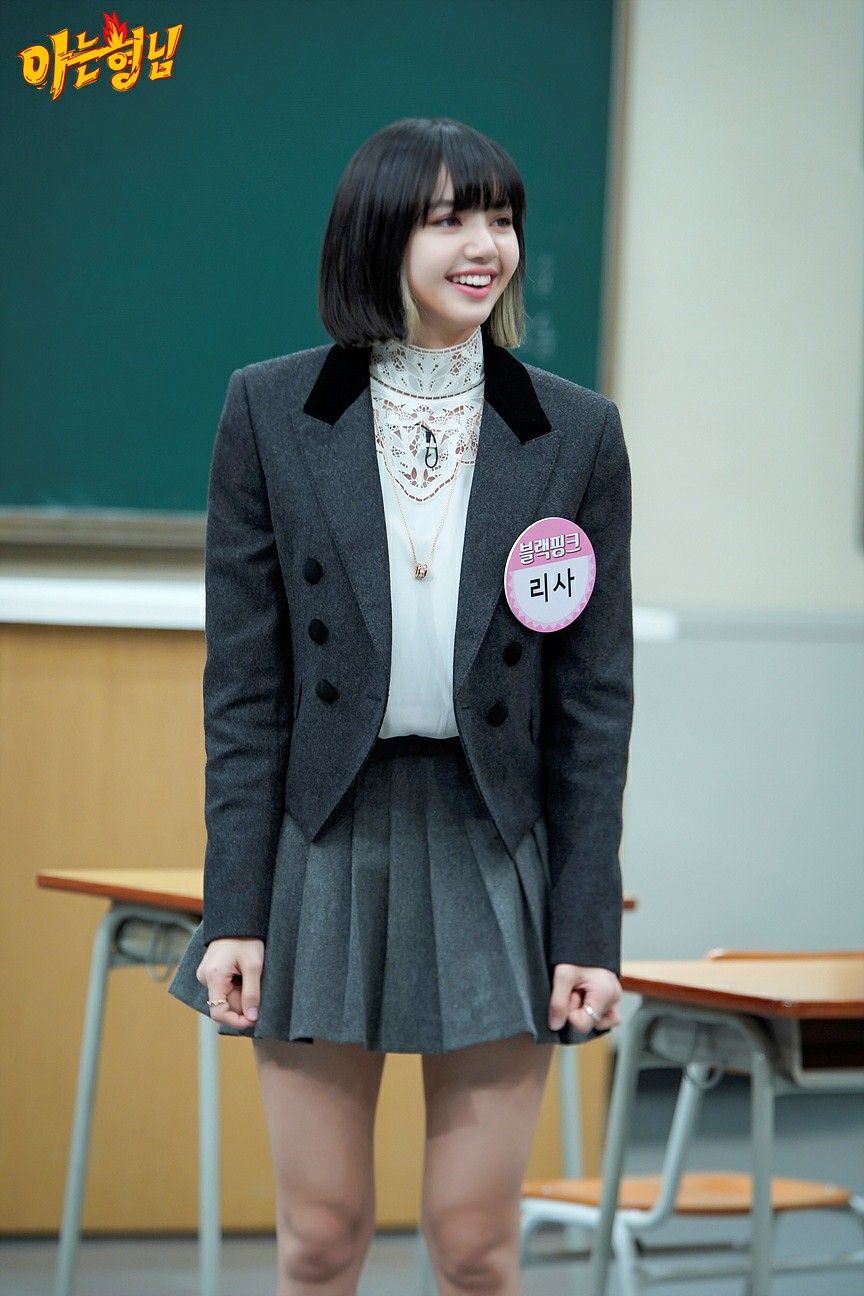 It proves that she can fit in anywhere! 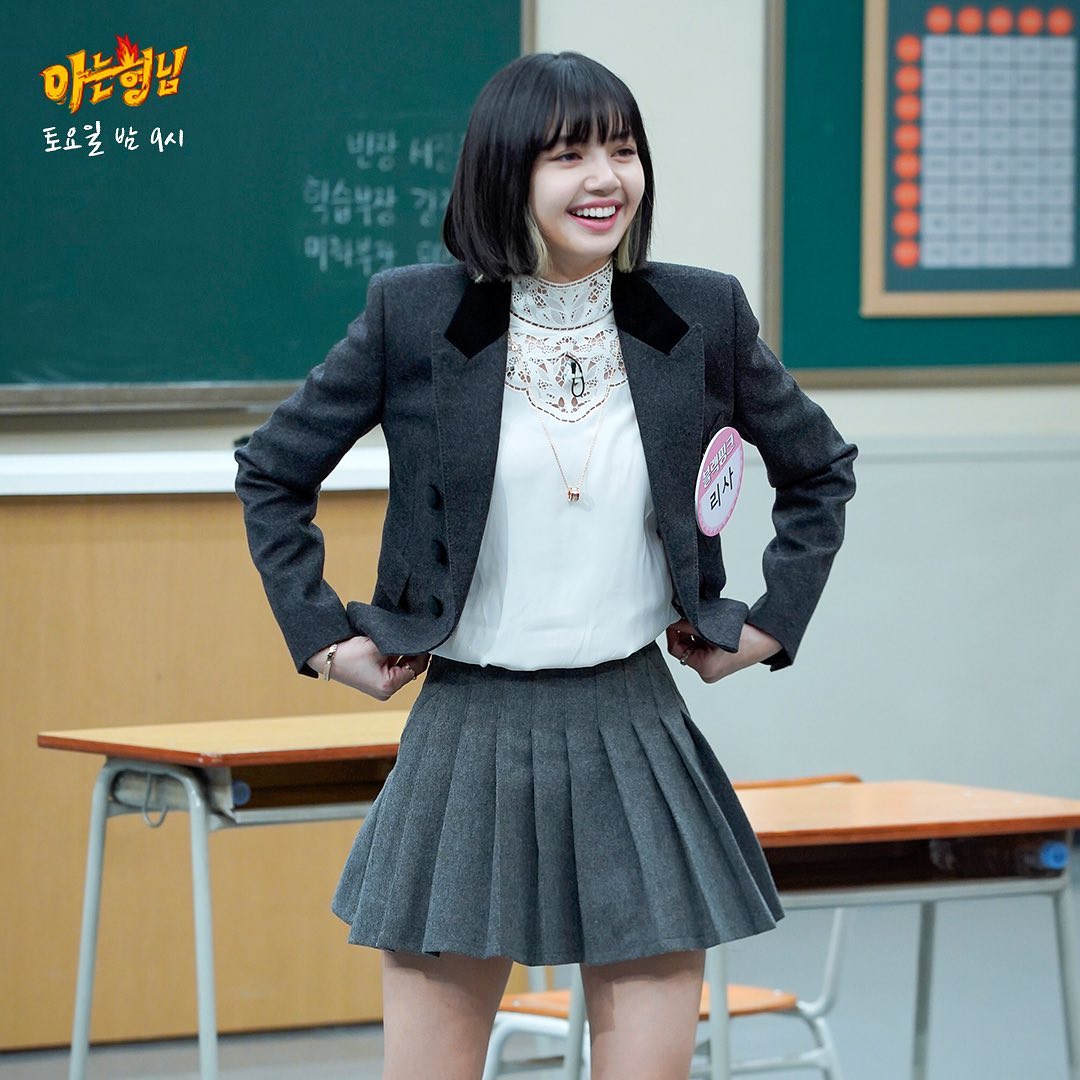 No matter how they wear their school uniforms, they all look drop dead gorgeous! 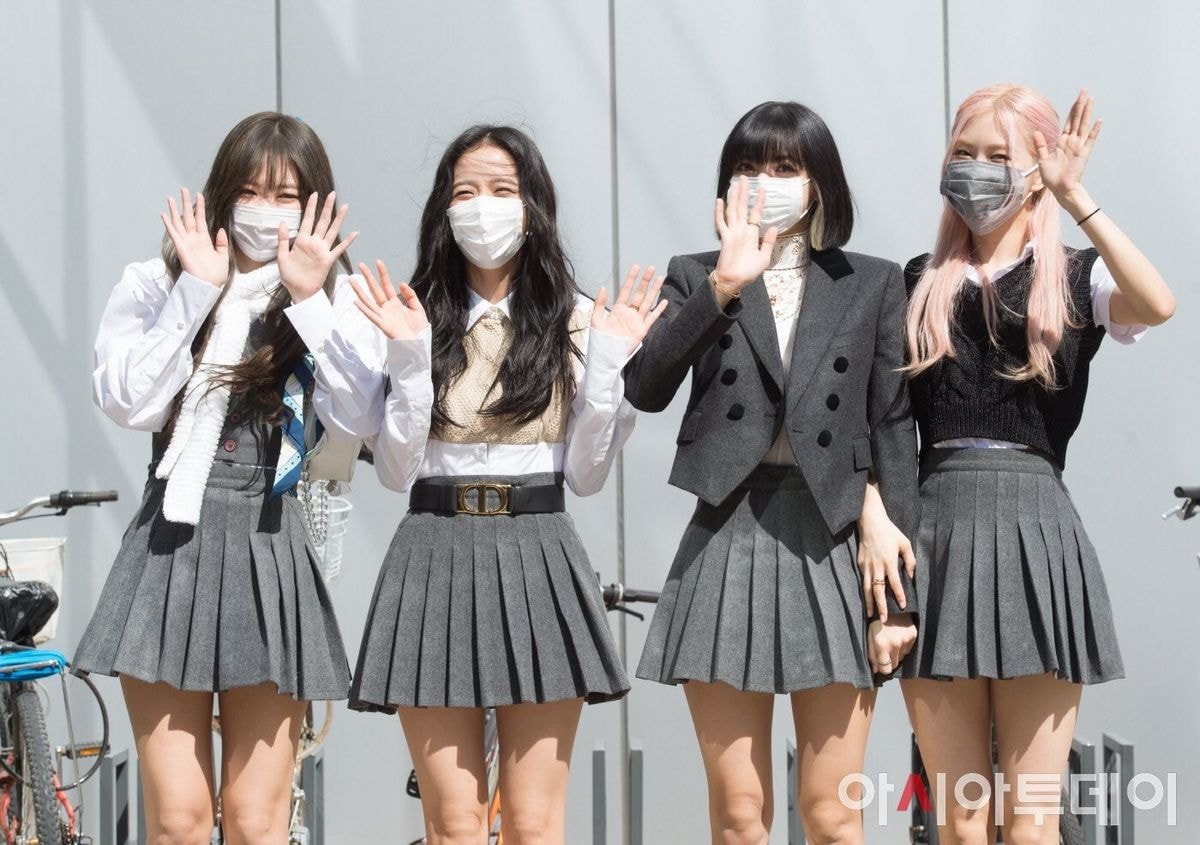