BLACKPINK‘s Lisa will be joining iKon for a surprising but exciting performance on Mnet‘s Kingdom!

Previously, it was rumored that Lisa and (G)I-DLE’s Miyeon would be appearing on the reality show. Finally, with the release of a preview for episode 8, Lisa has been confirmed! It features clips of iKON’s performance in which Lisa appears. Proving to be the queen we all know her to be, she arrives on a throne! 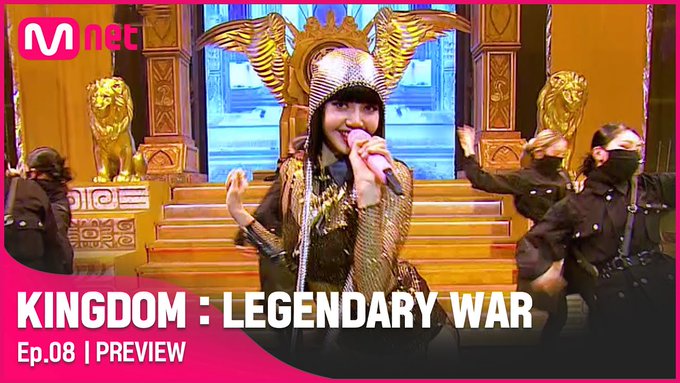 Fans of the two have been asking for collaboration, specifically between Lisa and iKON’s Bobby, for so long. Now, we will get a collaboration with Lisa and the entire group!

Fans are expressing their excitement and anticipation on Twitter for the performance. We already know it’s going to be iconic.

Lisa already has a good friendship with iKON. The members have even gifted her a signed album!

for anyone who doesn't know, blackpink's Lisa received a signed welcome back album from iKON.

Lisa also collaborated with DK and WINNER’s Hoony. The three appeared together in a dance video.

The episode is reported to air on May 27. Check out the preview below: