In the second episode of Youth With You‘s third season, mentor BLACKPINK‘s Lisa is already cracking up viewers with her humorous question about a trainee’s hairstyle.

Before Lisa could judge trainee Liang Sen‘s singing performance, there was something on her mind. She piqued his and judge Li Ronghao‘s interest by saying, “I don’t know if it’s rude to ask or not, but I’m really, really curious about it.” 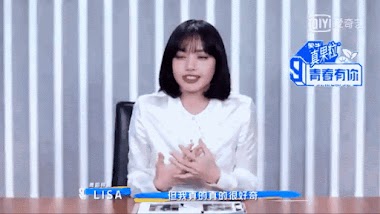 Lisa asked, “Do you put some makeup on your head?” Between Liang Sen’s shocked expression and the trainee’s laughter, everyone was amused by the question.

Lisa made Liang Sen and everyone laugh even more when she said, “‘Cause it’s really shiny and dewy. It’s like flawless skin.” 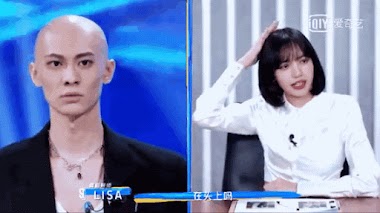 Liang Sen solved the mystery by revealing it was all-natural, making Lisa burst into laughter when they showed a close-up of his shiny head.

Perhaps I’ve been in the spotlight for too long, and the oil or the like begins to beam. That’s why it’s shining. 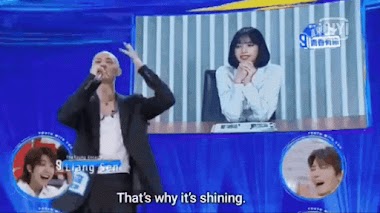 The moment was so amusing that it shot up to number three on Weibo’s trending topics under the reported phrase “Lisa asks if Liang Sen put makeup on his head,” earning over two million mentions.

Without even trying, Lisa is starting off the new season with a humorous bang.