BLACKPINK continued their go-kart adventures on the eighth episode of 24/365 With BLACKPINK. Last week, they enjoyed a practice round and individual race portion with Jennie coming in first and Lisa coming in last. The maknae‘s struggles were the highlight of the episode! 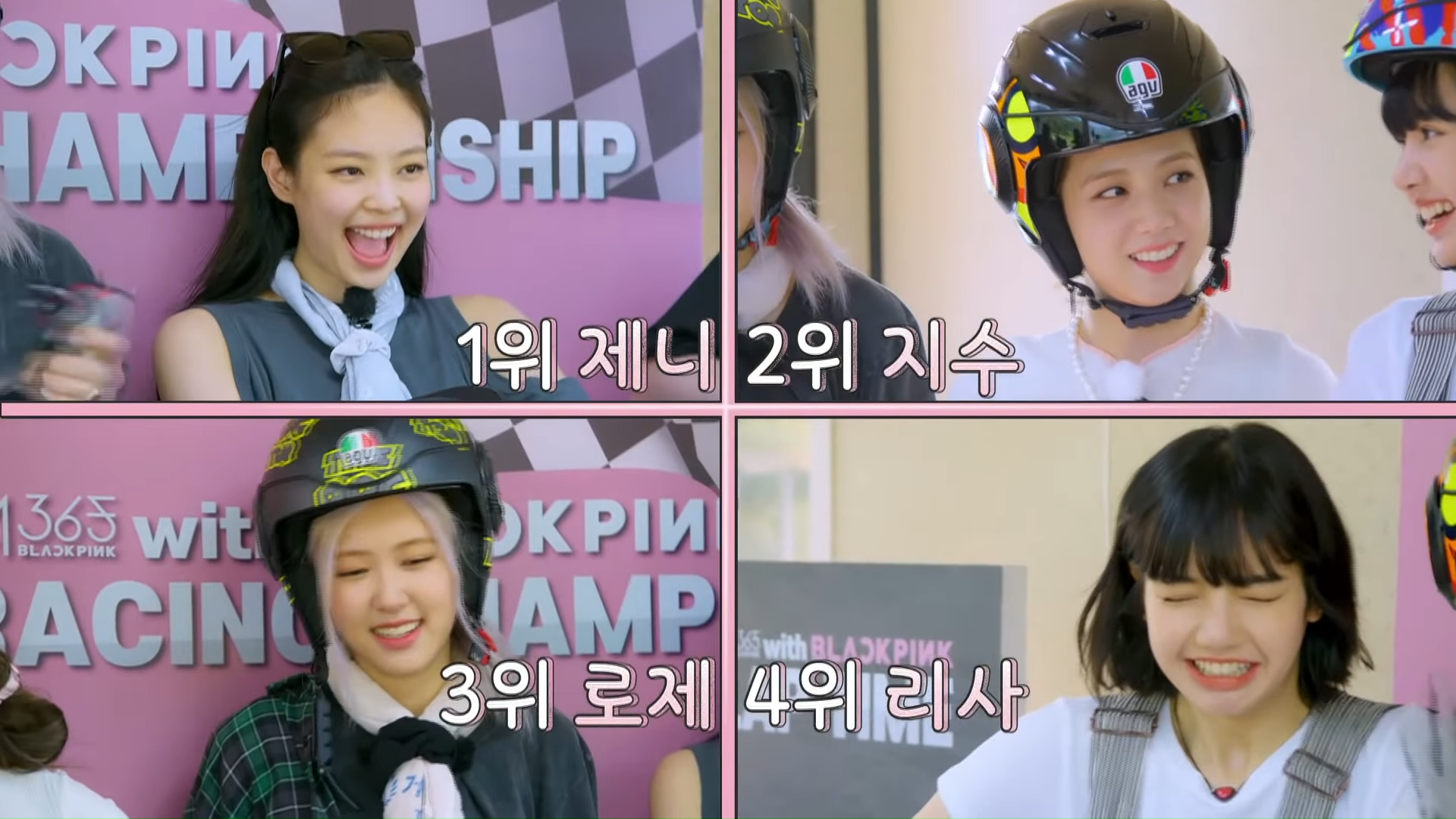 This time the girls had to memorize pictures that were strategically placed around the track, answering one question at the end. BLACKPINK saw the following images while racing: 4 bananas, a monkey eating a banana and a banana peel, 5 apples, a staff member eating an apple, 2 eaten apples, and 2 grapes. After finishing the intermission game and one lap, the question revealed to them was, “How many fruits were there?” 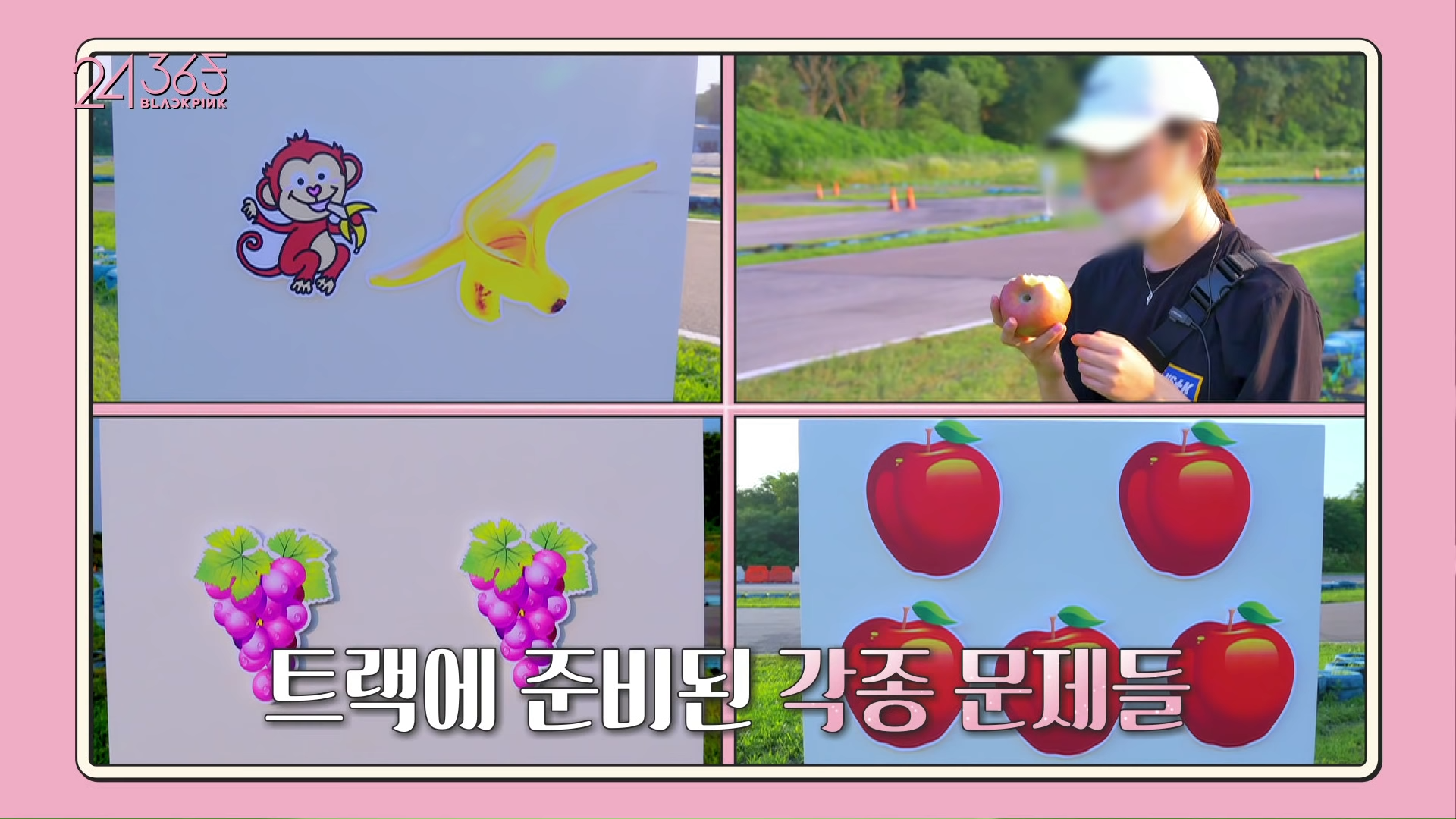 Every member answered incorrectly the first time, but Lisa was the only one who was already disadvantaged by being the slowest driver. Not only was she behind Rosé in the race, she also took her sweet time melting ice in her mouth at the intermission while everyone else crunched right through it. 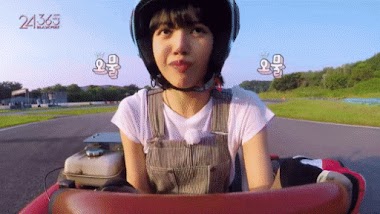 She was so slow, Jennie finished her second lap and overtook her! 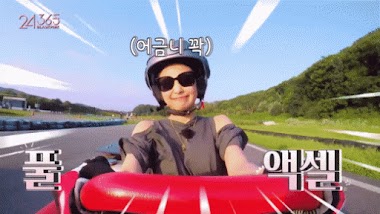 Lisa was finally able to give her answer to the question on how many fruits were found around the track after a number of minutes. Her reply was, unfortunately, one fruit too many: “Seven!”

Did she eat two then? How many did she eat?! 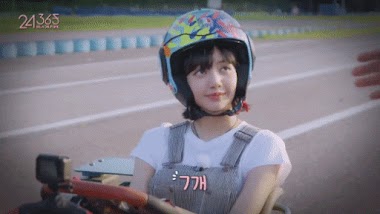 Off she went, driving one more round. 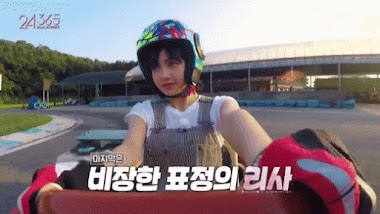 Finally, after everyone was finished with the game, it was Lisa’s turn once more. There was only one possible answer in her head—the same one she gave the previous round! 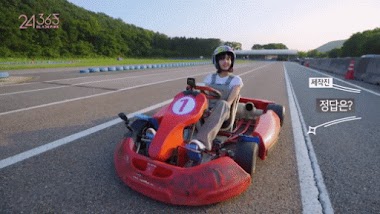 The staff were completely dumbfounded by her repeated answer, especially since they were certain Lisa would get it right this time around. 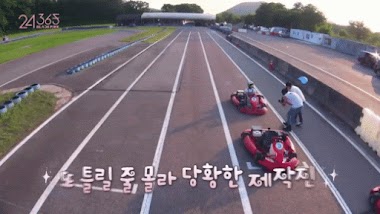 Unfortunately, the maknae had to drive one last time to get the correct information…but at least she was in a good mood the whole day! Watch her struggles in the full video below.