Tushar Apte, a producer behind one of BLACKPINK‘s latest tracks, recently held a live broadcast with K-Pop High India to talk about his experience. But, alongside dishing on BLACKPINK, the veteran K-Pop composer also revealed some big secrets about TWICE‘s new comeback!

Tushar Apte has been in the K-Pop production industry for years. After working on BTS‘s “Home” last year, he was one of the main writers on a new BLACKPINK B-side for The Album, “Love To Hate Me”.

Before he worked with major acts, Apte got his start with since-disbanded girl group RaNia. While chatting with K-Pop High India followers, he explained that the person first help him get that work was a fellow producer by the name of Alex. And, according to Tushar Apte, Alex is the producer of TWICE’s upcoming title track.

JYP Entertainment recently confirmed that TWICE will be making a comeback on October 26, around five months after the release of previous hit “More & More”. Today, the company revealed that the group’s upcoming second full album will be called Eyes Wide Open.

As of right now, JYP Entertainment hasn’t given fans any details on the title track itself. But, Apte spilled some “exclusive” details in his live broadcast—including the song’s genre. According to the BLACKPINK producer, TWICE’s next single will be “80s-inspired” pop.

Apte went on to say that the track is “really fun“. In fact, he went as far as to say it’s one his favorite K-Pop singles of the year already. It seems that Alex shared the track with him ahead of its October release, from one producer to another.

I’ve heard it, and I’m here to tell you—exclusive—it’s so, so, so, so good. You’re going to love it.

The possibility of an 80s-inspired sound could definitely fit with the album details released today. According to JYP Entertainment, Eyes Wide Open will have three versions, one of which is called the “Retro” version. 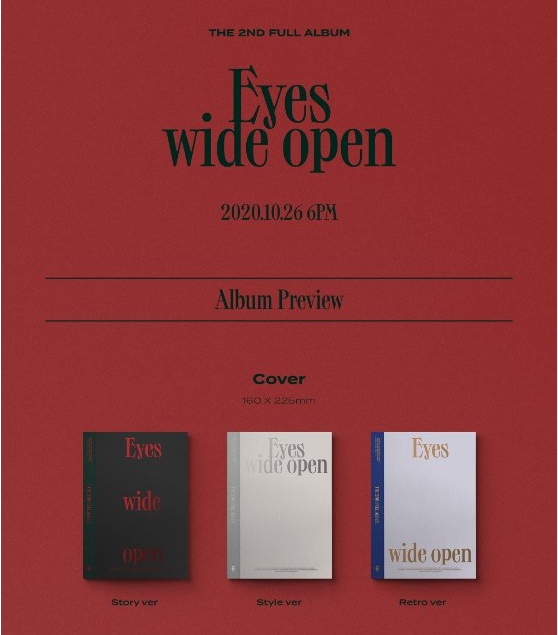 And who is the mysterious Alex? It seems the most likely candidate is Alex Wright, a long-time K-Pop songwriter who Tushar Apte has talked about in the past. Alex Wright has also produced for major international acts, including Britney Spears and Lady Gaga.

While nothing has been officially confirmed yet, Apte’s position in the industry makes him a pretty trustworthy source. But, ONCEs will have to wait until Eyes Wide Open teasers begin dropping on October 11 to find out more.