On the February 14 broadcast of SBS’s “We Will Channel You,” BLACKPINK’s Jisoo and Rosé shared their knowledge on taking a wide variety of eye-catching photos! To dish out their know-how, the two visited a closed down amusement park that’s a popular location for photo shoots.

First, Jisoo and Rosé showed the viewers how to take a panoramic picture that makes it so that there are three Jisoos in the photo. They said the key is to move the camera slowly at a constant speed. Furthermore, they warned that the person modeling has to go behind the person taking the photo to not cause any blurring. 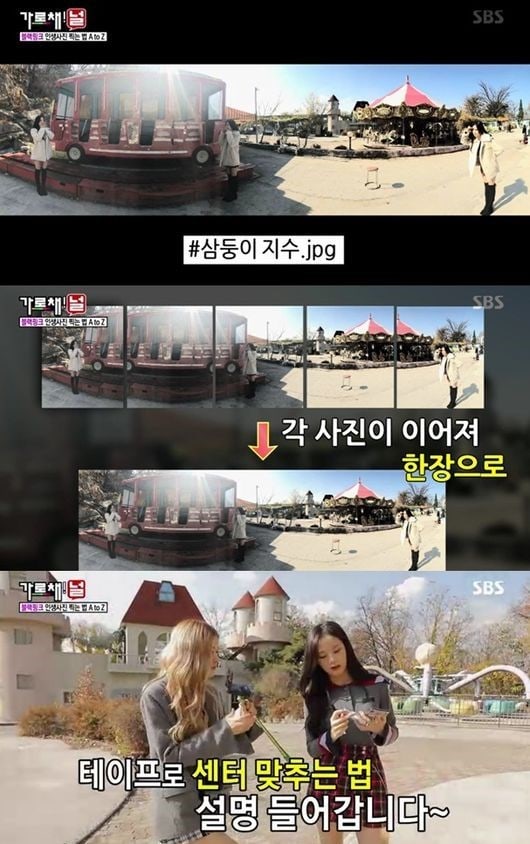 Jisoo and Rosé also showed how to use a water bottle and an umbrella to take an aesthetic photo that appears to be taken in the rain. Jisoo added, “The mood comes from the confidence,” while putting on the perfect expression to model for the photo. Jisoo, who also enjoys collecting glass snowballs, used a glass marble to capture Rosé in a fairy tale-like setting. 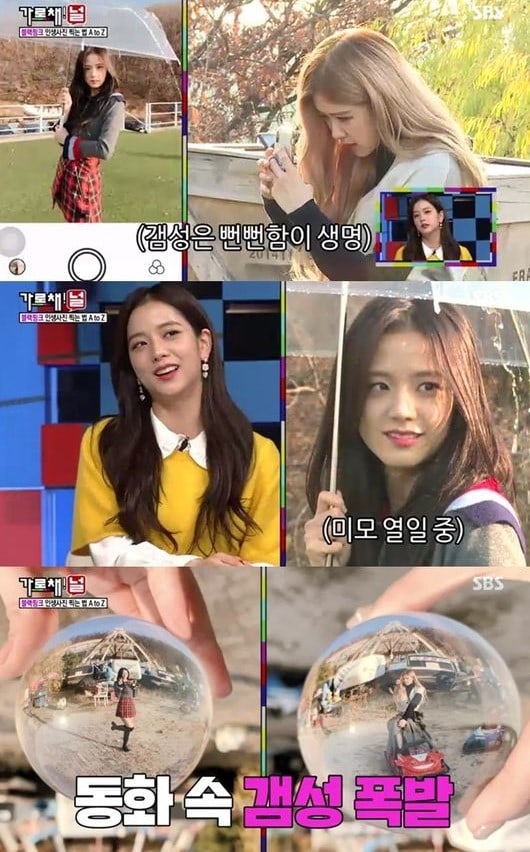 The two BLACKPINK members also shared how to take a jump shot and then combine pictures of a person in midair to make a short video that makes them appear as if they are flying.

Kang Ho Dong expressed his surprise at how long it must take to edit the photos together, jokingly adding, “The person who takes [this kind of photo] for you must really love you.” 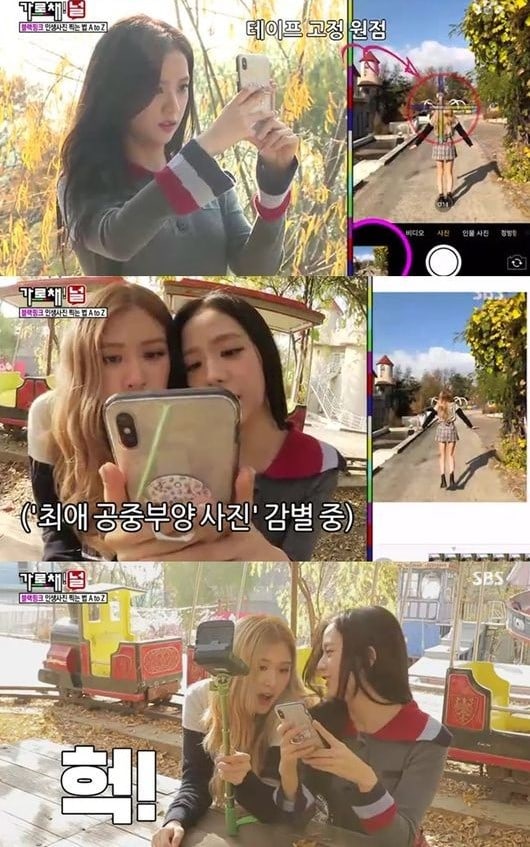 After using the select feature to choose the best jump shots for each of the takes, the BLACKPINK members showed the completed version, which showed Rosé flying off into the distance. However, the hosts expressed their surprise, saying that the video looked scary. Jisoo explained that you could also move your arms up and down more to look like an angel that’s flying, sharing that it’s possible to upgrade the photo-taking techniques by adding in different movements.