Lisa has caught everyone off-guard with a new herculean side of her!

During the first episode of “Real Men 300” that aired on September 21, the cast took various physical exams to test their strengths and skills. They were required to do as many sit-ups and push-ups as they could as well as run 1.2 kilometers as quickly as they could.

During the push-up exam, Lisa was able to complete 20 push-ups and 38 sit-ups with a relatively relaxed smile on her face, placing no. 1. PENTAGON’s Hongseok couldn’t hide his amazement as he wondered, “How can she do 20 push-ups with such slender arms?” 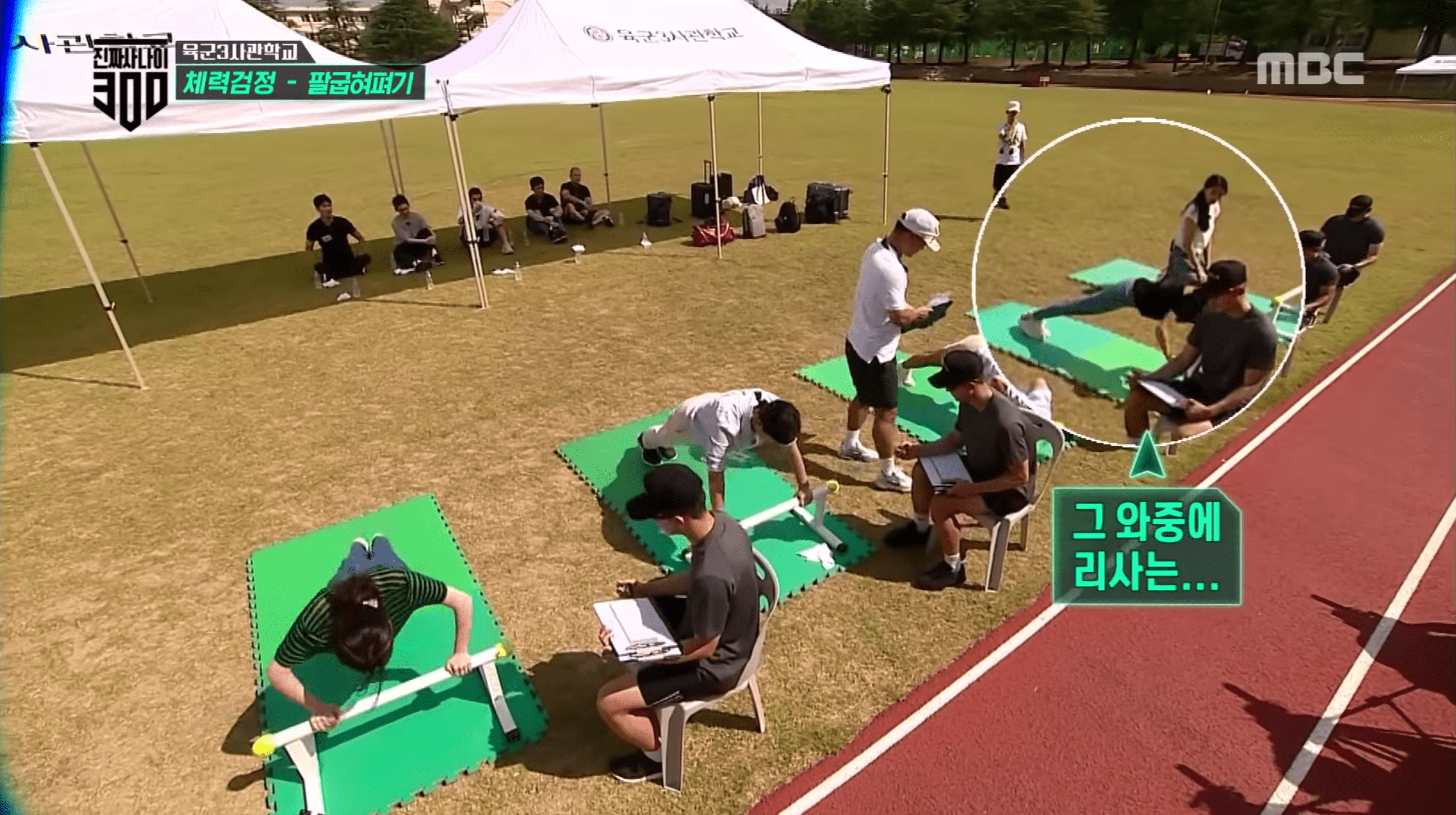 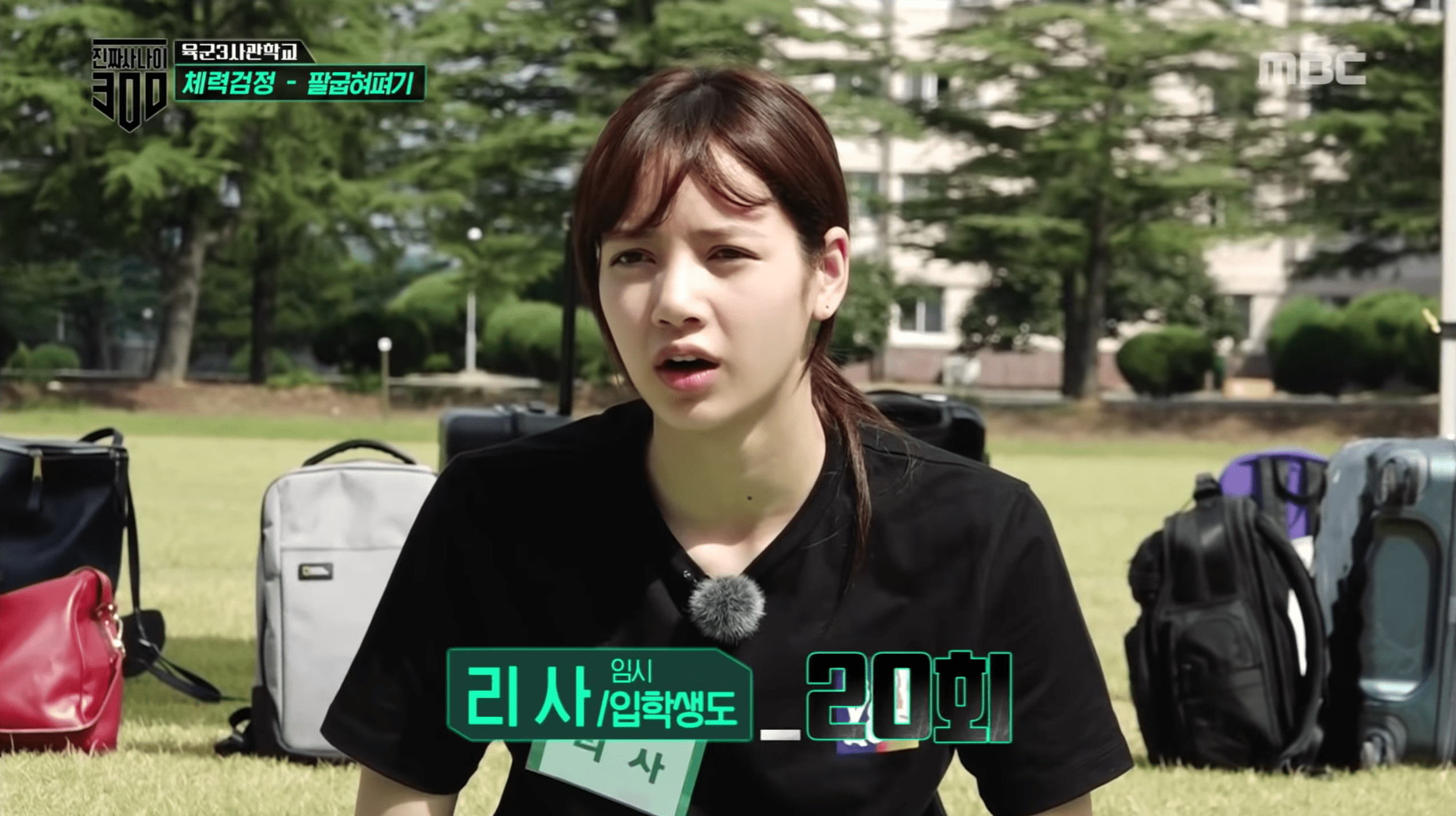 “Real Men 300” is a variety program where ten cast members will take part in evaluations to see if they meet the standards to become one of the “300 warriors,” known as the best soldiers in the Korean army. It airs on Fridays at 9:55 p.m. KST, and will be available on Viki!

If you haven’t already, check out the latest trailer below!