Earlier last week, BLACKPINK‘s Rosé went viral for her appearance at the YSL show during Paris Fashion Week. Along with lighting up the front row with her dazzling visuals, she was also pictured hanging out with stars like Jacob Elordi and Ezra Miller! 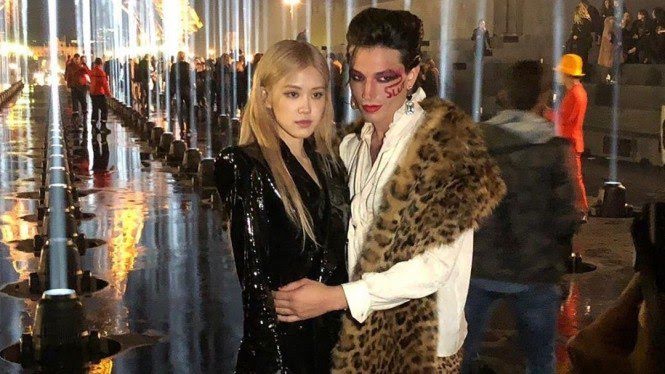 They’re not the only famous BLINKS that Rosé hung out with, however. On 28th September, Rosé uploaded pictures with Halsey on her Instagram after a night of dinner and a visit to the Eiffel Tower. She appears to have taken the photos on her camera, posting mirror selfies and a photo of the two stars hugging tightly!

Dining with unexpected friends in paris. Thank u for the lovely dinner @iamhalsey ????

This is not their first interaction; in fact, they’ve had several! From Halsey commenting on Rosé’s Instagram post in Korean last year to Rosé in turn  commenting on Halsey’s tweet where she’s seen jamming to BLACKPINK, fans have been shipping the two for a while now, with the ship name #HALSÉ.