NU’EST recently came back with their second full-length album, Romanticize. Out of ten tracks on the album, five were the members’ solo tracks.

In a new video on their YouTube channel, the members were given the challenge to “draw the image of your solo song freely based on how you think of it.”

Leader JR was the first to try with his solo track called “Doom Doom.” He focused on the idea of “imperfect beauty” and the lyrics “I want to give a change to my daily life.” 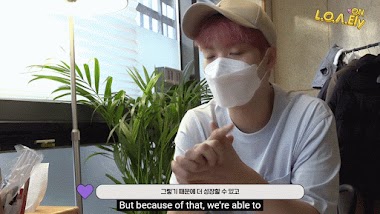 Through drawing the flower before and after blooming, he showcased the beauty throughout all the stages.

The next member was Baekho with his song, “I Need It.” He wrote this song imagining that he was creating something. However, rather than telling fans his inspiration, he wanted them to guess. 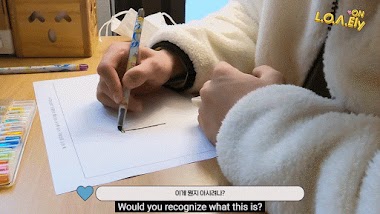 In the end, Baekho thought outside of the box and drew a hammer and nail, which are tools for sculpting!

The next member was Minhyun with his track “Earphone,” which looks at the idea of getting away from our concerns and wanting to fill your life with things you want to hear. 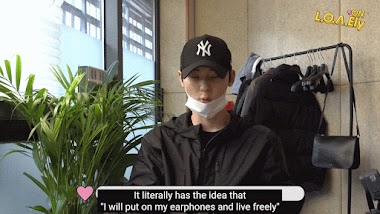 However, rather than just a simple set of headphones, Minhyun focused on an entire scenario.

The world outside the headphones would be a grey city. But, around that, there are the things I like, such as nature. At the bottom, I portrayed the things I don’t want to see.

Ren was next with his song “Rocket Rocket,” which has an unrivaled uniqueness and conveys the message, “I’m going to burst my passion, my everything, like a rocket.” 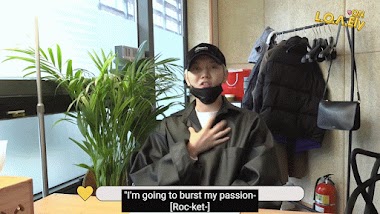 Although he thought it seemed as if a child had drawn it, the image perfectly expressed a rocket soaring into the air!

The final member to draw was Aron with his track “I’m Not.” Unlike the other members, Aron found it harder explaining that he’d never thought about it before. 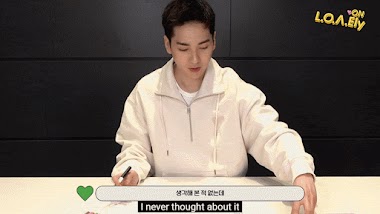 In the end, he found inspiration by drawing a mirror to show that his song is a story about two people, the singer Aron and the person behind it.

What do you think of their drawings? Do they represent the tracks in some way?