On April 10, rapper Nop.K, who was a law major at Chung Ang University, was a guest on tvN‘s “Problematic Men.” When he talks about contracts, Block B‘s Park Kyung agrees with the rapper’s statements, drawing upon Block B’s previous lawsuit against their old agency.

The idol explains, “We made the terms really simple when writing up the contract,” and says that he has around two or three years left in his current contract.

Jun Hyun Moo asks him, “Will you renew your contract after two, three years?”

Taken aback at the sudden question, Park Kyung is unable to answer. 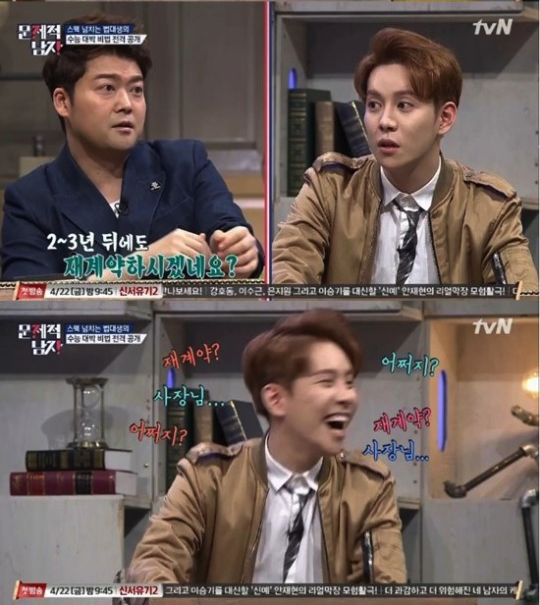 Kim Ji Suk laughs while saying the expression on the idol’s face fascinates him.

Meanwhile, Block B just released their latest mini album, “Blooming Period,” and will have their first comeback stage on “Yoo Hee Yeol’s Sketchbook.”

Support the artist by buying Blooming Period from YesAsia