Boy group OnlyOneOf just made their comeback and they are making headlines for all the wrong reasons.

The rookie boy group just held their first comeback stage on Mnet‘s M! Countdown and while the 7 members looked spiffy in their light blue outfits, they are garnering attention for something else. The boys performed their title track, “libid0” which showcased some sexual dance moves. Netizens have been quick to call out the group and their label for going too far with their explicit choreography.

This first move shows two members of the group getting handsy with one another. One of the members glides his hand down the complete backside of his member. The back of the jacket back is cut open, exposing the entire back of the member. 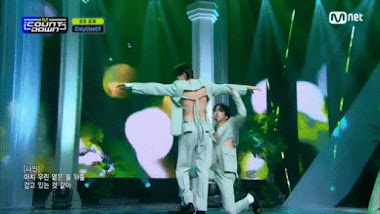 The next dance move shows one of the members putting his hand in between the other member’s legs, covering the genital area with his hand. He ends this portion of the choreography by gliding his hand down the thigh of his member. 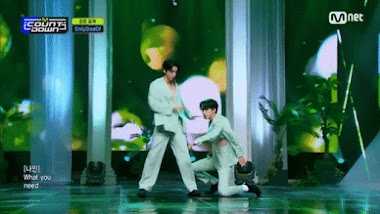 The following move shows the same two members performing explicit moves again, but this time it involves a oral simulation act, as well as the act of being tied up. 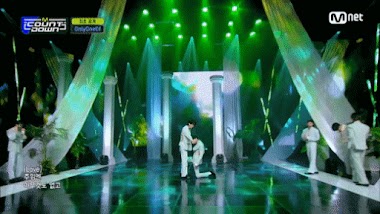 These clips of OnlyOneOf and their choreography have started to gain traction on online communities. Netizens have started to express their shock in regards to the explicit dance moves, but also their concern for the two members involved in the choreography.

Sexually explicit songs and choreographies are nothing new to the K-Pop world, with numerous groups giving the sexy concept a shot and it looks like OnlyOneOf has joined that list. You can check out OnlyOneOf performing their comeback track, “libid0” on M! Countdown down below.