With 2020 being such a tough year, it’s best to look on the brighter side with 2021. THE BOYZ‘s Juyeon and Hyunjae seem to be doing exactly that as they name their goals for 2021 and what they want to show in Mnet’s Kingdom.

For those unaware, THE BOYZ are set to compete on Mnet’s Kingdom that features a total of 6 boy groups. The show centers around the 6 groups competing against one another for the crown!

THE BOYZ earned their spot on Kingdom following their win against several other boy groups in the preliminary show Road to Kingdom.

In their Half and Half interview with Allure Korea, Juyeon and Hyunjae were asked what “The things to fix in 2021” are.

Juyeon answered the intriguing question first and the habit he wants to fix is too relatable. Juyeon revealed he wants to fix his sleep schedule by sleeping earlier. The reason he sleeps so late is due to him getting distracted by entertaining things like dramas or games. Seriously, it’s too relatable!

Getting some sleep early. I keep looking for something. Watching movies, dramas, or playing games. So I’ll go to bed early in 2021. 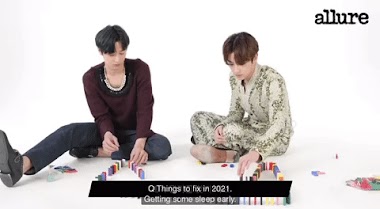 Let me cut down on greasy food. Actually, I’ve made a promise since 5 years ago, but I don’t think I can fix it. 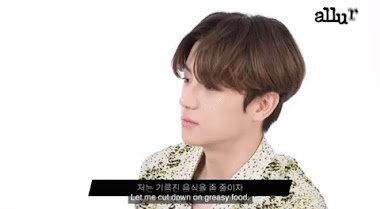 The two stars continued the interview and answered the next question, “What do you want to achieve in 2021?” 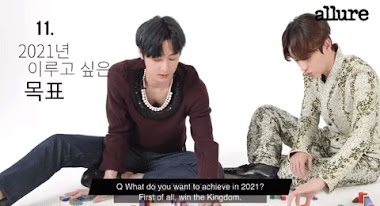 Despite Hyunjae being hesitant about his desired achievement, he revealed how he wants to break records with their album sales! He definitely is an aspiring idol!

I have one. Sell 1 million albums. It’s a big goal, right? 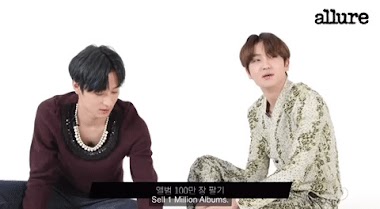 In response, Juyeon commented that Hyunjae’s goal is in fact a big one, but he also claimed it’s definitely achievable! How confident and optimistic are they?! Juyeon shared that as long as they put in the effort, selling 1 million albums is completely possible!

I think it’s possible. It’s a big goal, but if we work hard and show you (the fans) a lot of good things, I think we’ll be able to receive a lot of love. 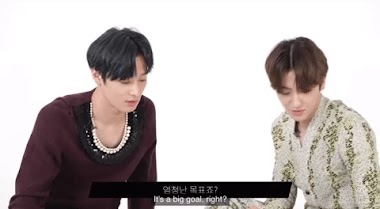 Juyeon also replied to the question with an answer full of ambition! It was straightforward and packed with determination.

First of all, win the ‘Kingdom.’

As for what they want to show in Kingdom, Juyeon shared that due to the various concepts they’ve already presented to the world in Road To Kingdom, he feels a bit pressured in what fresh ideas they can bring to the show.

We’ve shown a lot of different sides of us on ‘Road to Kingdom.’ I feel more burdened. But we made a commitment again to make a better stage. 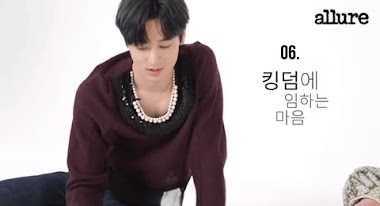 Hyunjae also added that they should bet everything to win the show. Juyeon then added that he’s totally ready for the long process of Kingdom.

I know that it takes about 4-5 months to shoot ‘Kingdom,’ but I’m planning to use it for ‘Kingdom’ for all 4-5 months. 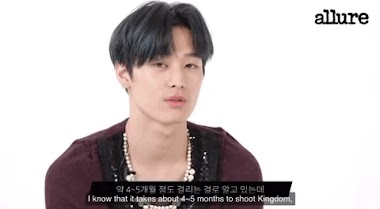 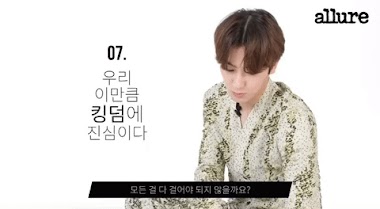 THE BOYZ is up against five other amazingly talented groups, BTOB, SF9, iKon, Stray Kids, and ATEEZ.  Which team are you cheering for?