After releasing their debut album “The First,” rookie group The Boyz held their debut showcase on December 6, which was also livestreamed via V Live.

The Boyz started the showcase with a performance of their b-side track “I’m Your Boy,” then answered questions from comedian Kwon Hyuk Soo, who MCed the event.

The members expressed gratitude for their fans and said, “We don’t know how to describe this [feeling], but thank you so much.” Then, the fans changed the lyrics of the “Happy Birthday” song and serenaded the group with a “Happy Debut” song.

Member Kevin talked about filming their “Boy” MV, saying, “We filmed the MV for three days. The set was a thatched-roof house and it was really dark at night. Ju Haknyeon suggested we surprise Sunwoo, so we went to the thatched-roof house. Sunwoo is a rapper and looks strong, but he’s not,” and made everyone laugh. 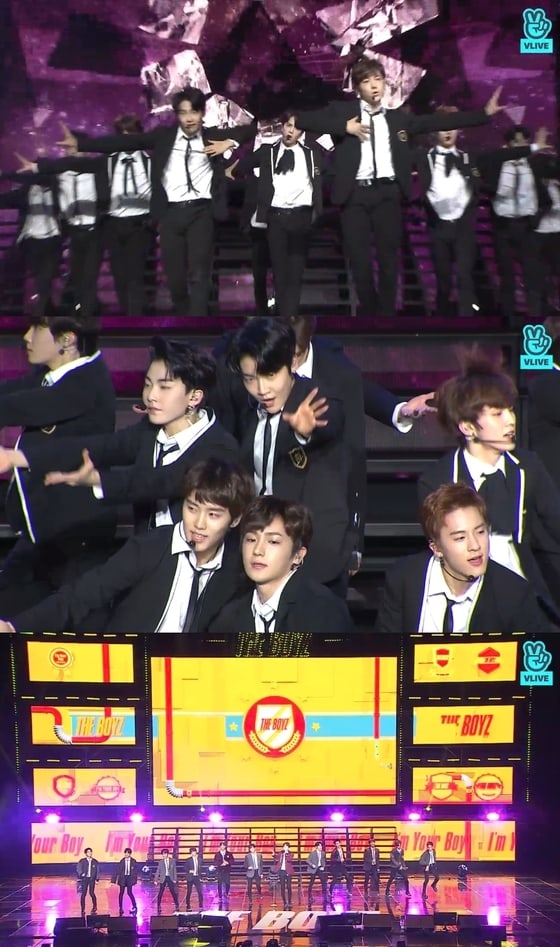 The Boyz members took time to describe each song on their album and pointed out “Walkin’ In Time” as a track with a surprising twist. The MC asked the members to sing a part of the song and also asked about the members’ most difficult times when they were still trainees.

Sangyeon shared, “I once injured my leg while playing basketball. I felt sorry I couldn’t practice with my members,” while Kevin commented, “It was hard when I thought of my parents in Canada.” Sangyeon added, “I suffered because I had a hard time practicing the choreography.”

With a performance of their title track “Boy,” The Boyz concluded their showcase and thanked fans for attending. They expressed, “We really thank the fans who came and waited outside in the cold. We are happy we could share our first debut stage with you.”

Check out The Boyz’s MV for “Boy” here!