On February 22, 2021, an alleged victim stepped up to accuse THE BOYZ‘s Sunwoo of school violence, sexual harassment and date violence. The alleged victim included a photo of their school graduation album as proof that they were indeed a fellow schoolmate.

The alleged victim claimed, “Sunwoo-ya, it was you in your ask.fm controversies. Why did you make the ridiculous explanation that it was your friends that did it? Anyone who went to the same middle school would know. In a school that’s basically full of trash, he went around making sex jokes and jokes involving others’ families. It seems that you still haven’t gotten a grip on yourself and whenever controversies arise, I always think you sure haven’t changed. That’s why I hate to see you even more.” 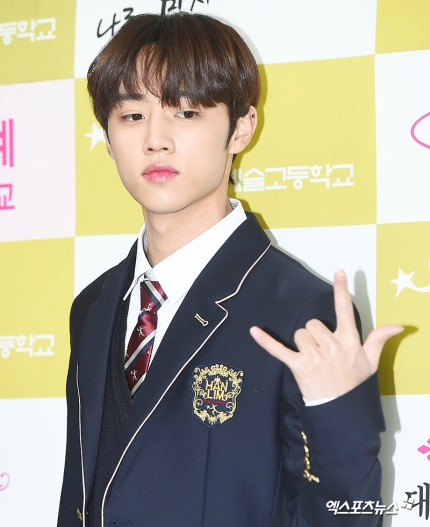 The alleged victim continued, “When you were in your first year of middle school, you dated XX and committed date violence and the girl had to go around school with bruises all over her body. Your friends told a girl in our class that on her birthday they would do XX on her XX and called her a XXX. You just laughed beside them. I remember everything. You didn’t attend classes and went to smoke outside of school, and you guys gathered to drink whenever you guys felt like it and talked so dirtily that I can’t even say it. Is it not considered school violence just because you didn’t use physical violence? Even as 5 years have passed now, when I run into your friends by coincidence I get so scared and when they show up on my socials as recommended friends my hands tremble.”

The accusations continued as follows.

When you transferred schools to play soccer, I could live a little better. But then the girl who was going around with you, suddenly came and told me that you had entered LOEN Entertainment. You also passed an audition at YG Entertainment but you thought it would take too long to debut so you went into LOEN. Would you know how I felt then? Is it ok for someone like you to receive lots of love, hear you are a filial son and live happily? I don’t know if you have such a right to. The male alumni shielded you saying that it’s cool if a handsome guy smokes and drinks but the girls aren’t like that. Many were discussing if they should make this public before you debuted. Everyone said the same thing, that they were afraid of getting sued by you if they did that. Me too. But now, it’s too hard for me to see you receive love. If you really want to be loved, admit all you did and go forth from there. Just because you search up posts on your controversies one by one and delete them, it doesn’t make the way you smoked in our school corners, the way you did date violence, the way you sexually harassed us, sexually assaulted us, go away. This post will get removed too soon right? Scary.

Sunwoo’s agency has responded that they are “checking up on the matter“.