On December 6, The Boyz held a press showcase ahead of their debut album release.

Ju Haknyeon, who gained attention through “Produce 101 Season 2,” was asked about support he received from other contestants. In response, he revealed, “Yoon Ji Sung often contacts me with supportive messages, wishing me well with practicing.”

“I think it will feel cool when we end up meeting at the broadcasting station,” Ju Haknyeon added. 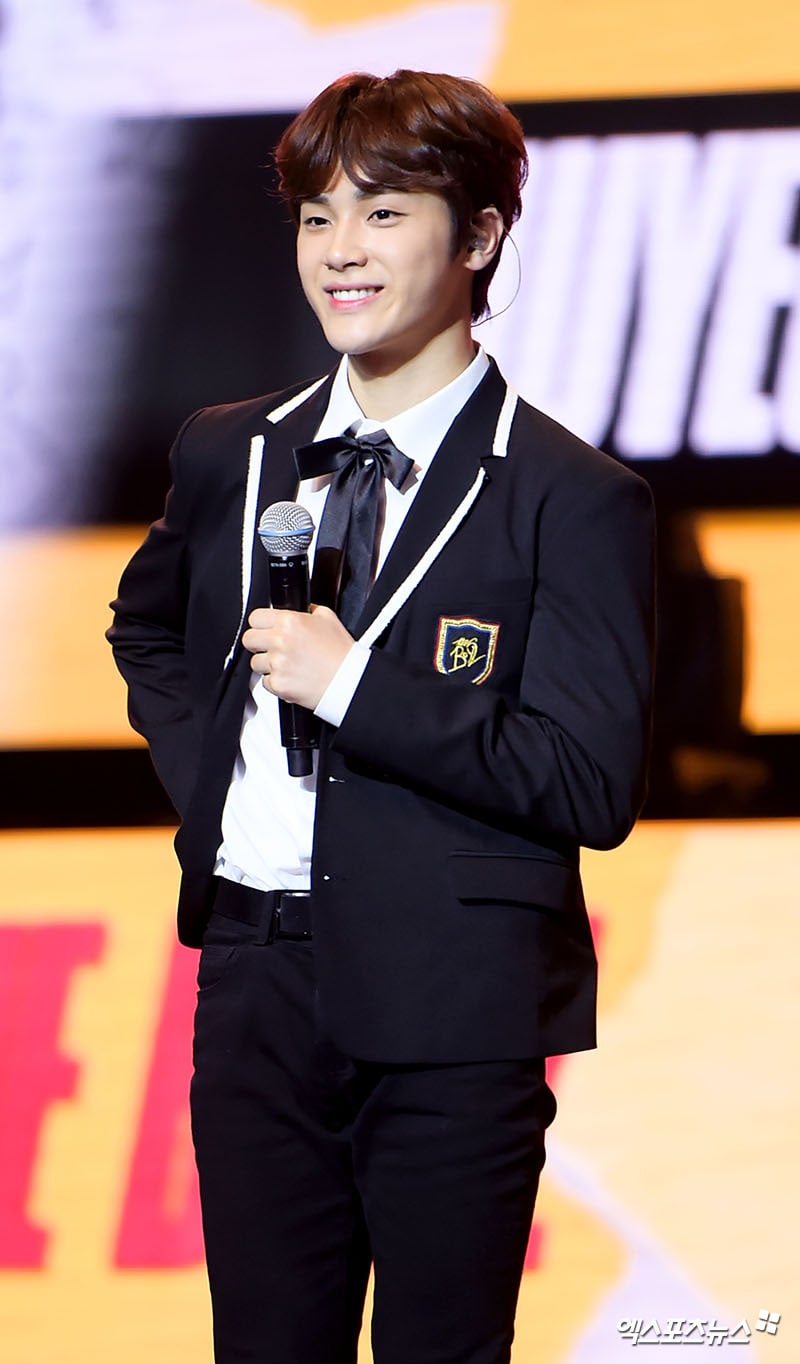 The Boyz’s debut album “The First” will be released at 6 p.m. KST.