Brave Girls shared some very exciting news for all their fans!

The 4 members of Brave Girls have seen a massive wave of popularity ever since their song “Rollin” went viral a few months ago. Ever since the YouTube video of “Rollin” went viral, the girls have gone on to experience a lot of “firsts” within their career. They have received first place music show trophies, busy schedules, offers to be advertisement models, variety show appearances and more. As they relish in their newfound popularity, the girl group has greeted their fans with even more exciting news.

Brave Girls recently appeared on Upgrade Human where they shared all the ways their lives have been “upgraded” following their viral video. Amongst all the upgrades that the girls have experienced, however, is one particular upgrade that the girl group is most excited for.

On the episode, it was revealed that the four members of Brave Girls would be moving to a bigger dormitory! It was during a conversation with Eunji‘s older brother that they discussed their new move.

Eunji’s older brother shared the girls’ excitement by revealing that the pictures of the new place looked extremely promising. 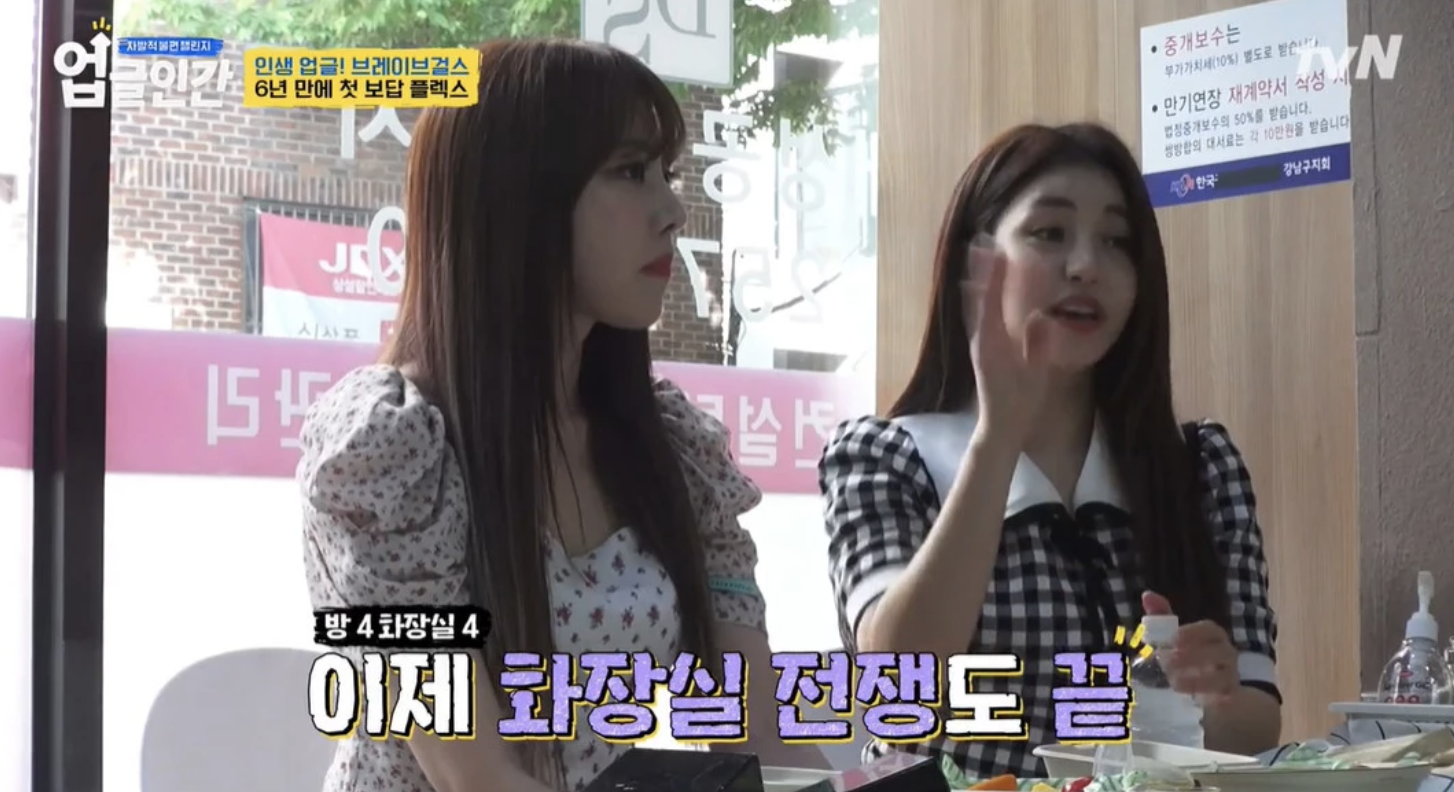 The photos of the place, as well as its location seem promising. The security also seems secure and not only that, but there’s 4 bathrooms there.

Eunji couldn’t help but get excited for the 4 bathrooms!

Upgrade Human showed a brief clip of what the Brave Girls members endure in their current situation, as they share one bathroom amongst four women.

Wow, what a truly exciting upgrade for the girls. They deserve it all, plus more!

In related news, Brave Girls will be making their highly anticipated comeback sometime this summer, as confirmed by their agency’s CEO Brave Brothers.