While Brave Girls actually made their debut mid-2011, the current line-up consisting of Yujeong, Eunji, Yuna and Minyoung actually were added to the group in 2016. 2021 would mark their 5th year as artists. Although Brave Girls suddenly skyrocketed in popularity, did you know that there were 6 other members prior?

It was recently announced in the news that debut line-up member Eunyoung was about to get married. While she’s ready to become a blushing bride, what about the other members? Read on to find out what the rest of the crew is up to!

As mentioned, Eunyoung is preparing for her upcoming marriage. Eunyoung was the leader and main vocal of the group. She is now a pilates instructor.

She is also the niece of actor Shin Ha Gyun. Having majored in ballet, Eunyoung was a rare gem in the industry! She will be married in May 2021.

Yejin left the group due to overseas studies but revealed later on that the true reason was because of their manager. She revealed that their manager would drive recklessly while playing games in the car, causing her to quit out of fear for her life. She now works as a freelance model and showhost. She also won Miss Korea Seattle during her studies overseas.

SeoA went on to become a highly subscribed YouTuber. She started out streaming on AfreecaTV, before making the switch. She now has over half a million subscribers on YouTube. Check out her channel, SeoA TV.

Hyeran works multiple jobs currently, as a video editor, content creator and dancer. She recently did a choreography for (G)I-DLE‘s “Oh My God”.

Yoojin is leading a life as a normal person. She does not reveal many details of her current life and career, choosing to update fans with selfies instead.

Hayun is now a famous TikToker. She has over 5 million followers on TikTok. Hayun operated a Twitch stream for gaming and later moved on to TikTok where she found fame. She operates under the name Dalha, which is a shortened form of Running Hayun in Korean. Check out one of er videos below.

It seems that the girls are still close. The original line-up of SeoA, Eunyoung, Yejin and Hyeran met up recently to celebrate Eunyoung’s marriage. Looks like alls well, ends well, with each member being successful in their own right even after leaving the group. 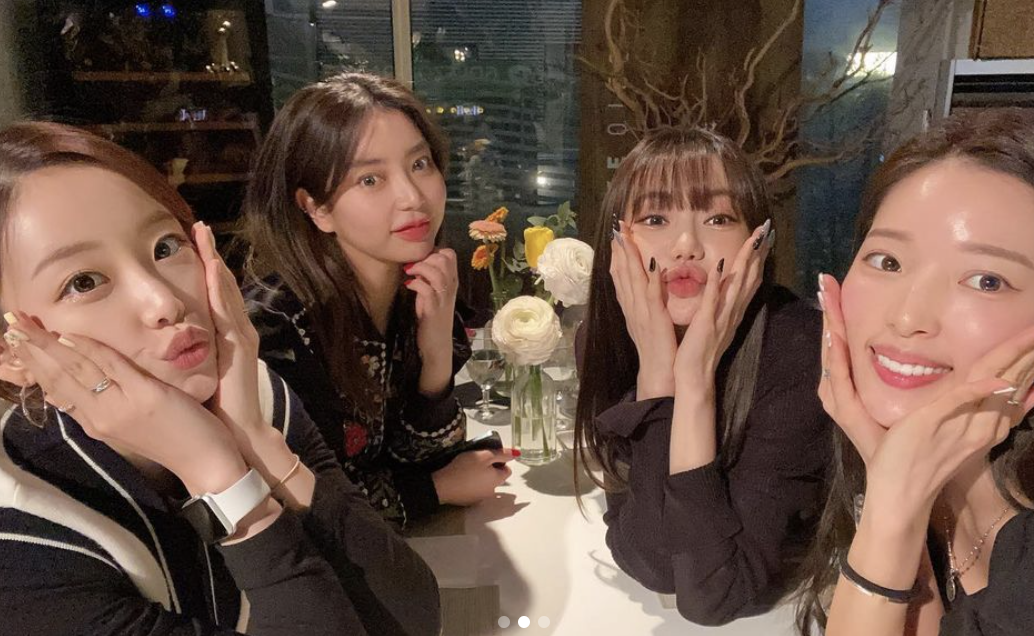