Brave Girls Savagely Roasts Their CEO, Brave Brothers On “You Quiz On The Block”

Brave Girls has finally made their appearance on You Quiz on the Block. 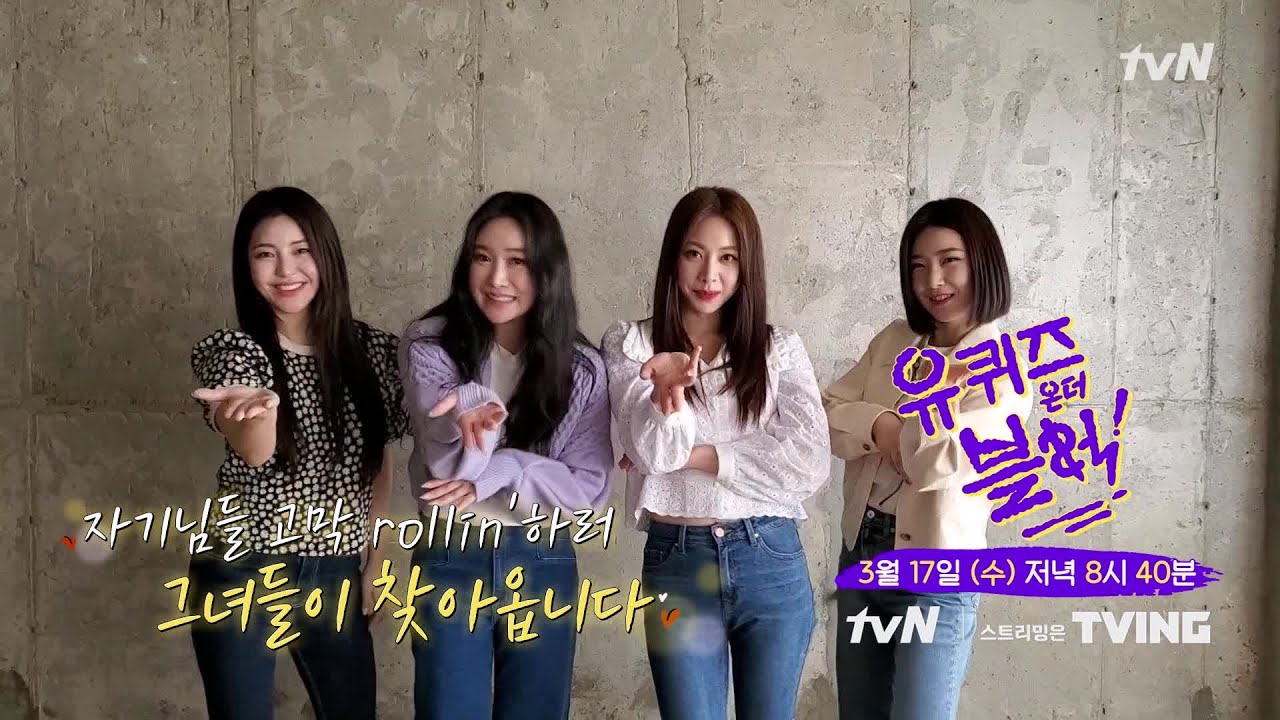 On March 17, the girl group made their highly anticipated appearance on tvN‘s You Quiz on the Block and they are already making headlines. After brief introductions, each member went around to talk about their sudden surge in popularity. Member Eunji went first to talk about their numerous first place wins. She thought she would never see the day.

I still can’t believe it. We really didn’t think that we would be able to get first place.

She also adorably revealed that in the midst of their popularity, their schedule is slowly getting more packed.

Our schedule is slowly getting filled! It’s now all becoming more of a reality.

Next up, member Yujeong shared with the viewers how other artists’ usually cope with busyness in comparison to their own.

A lot of people would always make appearances on shows and talk about how they couldn’t eat well because of a schedule or that they couldn’t sleep well.

Yujeong continued by sharing that their group never struggled with these problems because they weren’t ever busy enough.

We always slept well because we never had any work. We slept so much!

Now, we don’t sleep well and even during our car rides, we have phone interviews. We are carrying out our days with so much joy.

Member Minyoung shared with You Quiz on the Block viewers the moment she felt the reality of her popularity.

I had a hard time believing everything. However, after meeting Yoo Jae Suk sunbaenim…

The members of Brave Girls really showed their natural variety program abilities by sharing a hilarious story about their CEO, Brave Brothers.

Our CEO always told us to be humble and modest. We were grateful for his words and decided to work hard.

The story took a turn, however, when Yujeong went into full savage mode to expose Brave Brothers!

After that, our CEO uploaded a photo of him praying onto his Instagram. With hashtags #modest #prideX #grateful I saw that and was really grateful because I thought he was doing it out of love for us. However, just a few hours later…

We adore these girls! We love the attention that the members of Brave Girls have been getting and we hope it continues. You can watch the entire segment of Brave Girls on You Quiz on the Block down below!