While they’re all good friends now, KARD‘s BM, BTOB‘s Peniel, and Ladies’ Code‘s Ashley Choi weren’t always. In episode 40 of DIVE Studios‘ podcast GET REAL, they revealed their first impressions of each other.

After one year of recording GET REAL podcasts together, the group has grown even closer than ever before. They reminisced and remembering meeting each other for the first time.

Welcome to a host-only special! Did you know it's almost been a year of Get Real? ???? pic.twitter.com/AQx4mswRWo

Without hesitation, BM told Ashley, “I thought you were mean as hell.” He said that she just “looked mean,” He explained further that he also tends to be intimidated by sunbaes, anyone who had debuted before him, whenever he meets them for the first time. 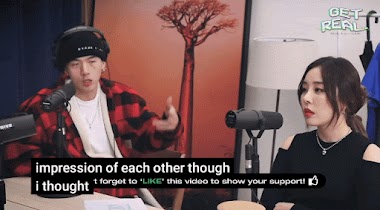 Peniel had a similar story to BM in which he, too, had initially thought Ashley was mean before getting to know her. He recalled a conversation with a trainee who had a crush on Ashley at the time.

One of the trainees was like, ‘Oh, I heard like she speaks English,’ and they thought you were cute and I was like, ‘Really? She looks mean. Oh, she looks so cold.’ 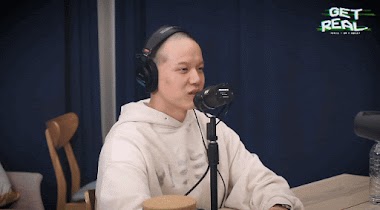 BM continued to explain why he might have thought Ashley was mean. He said that the Ladies’ Code members all seemed to respect her, which he interpreted to mean that they also likely feared her.

I think another big thing was your members look like they respected you plus there was a little bit of fear too… Dang, they fear her. 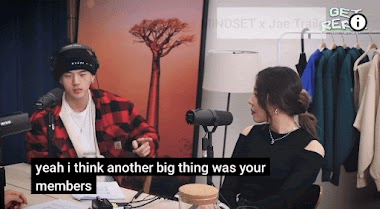 Ashley jokingly told BM, “You better fear me too.” In response, he laughed and said, “You’re a marshmallow! What?” 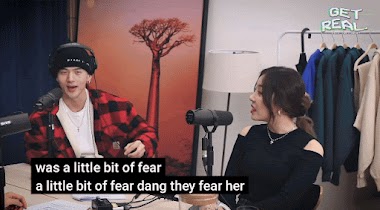 Peniel confessed, however, that from the first time he saw Ashley, he knew she would debut because she looked like a celebrity. Ashley, on the other hand, thought that Peniel just looked like an “average boy.” 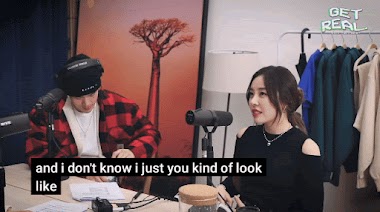 Find out Peniel’s first impression of BM and more by watching the clip below: