BTOB Talks About Success Of “Missing You” And Their Individual Activities

On December 20, @star1 magazine released photos of their shoot with their January cover models, BTOB. Along with the photos, they shared their interview with the group, where the members talked about the success of “Missing You” and their recent individual activities.

The members first commented on the success of their song, “Missing You.” Hyunsik, who composed the song, stated, “I’m generally very satisfied with songs that I compose, but this time it was a bit different. I thought, ‘Oh, it’s a hit!’ It took me two days to compose ‘Missing You.’ Compared to before, I focused on making it more mainstream.”

He added, “I hope that Ilhoon will compose the title track for our next album.” To this, Ilhoon responded, “It doesn’t matter [to me] who works on our title track, but I would prefer if the work could be done within our group. When the members work on [songs], our own color comes out. It’s more comfortable and fun.” 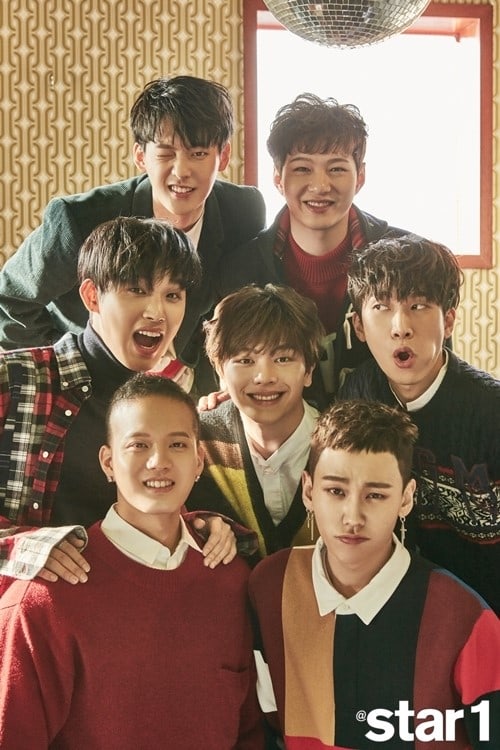 Eunkwang and Changsub, who are currently both active as musical actors, were asked to give each other advice. They replied, “We both know that the other will do well, so we don’t really have any advice to exchange. We have faith in each other.”

Minhyuk talked about producing “Childlike,” the collaboration track for JBJ’s Kim Sang Gyun and ELRIS’s Sohee. He commented, “The track was actually a solo track that I had made for myself. But it fit the two of them better since they’re refreshing and fresh.”

Peniel, who gained interest for his solo track being picked as a YouTube Red CM song, shared, “I heard, ‘It sounds like a song that would be on Billboard,’ frequently from those around me.”

Yook Sungjae, who will be appearing in the upcoming SBS variety show “All the Butlers,” picked Lee Seung Gi as the reason he decided to go on the program. He explained, “Even before the title of the program was confirmed, I heard that Lee Seung Gi would be on the show, and I said right away, ‘Then I have to do it.’ Although we don’t have any mutual friends, he’s a senior that’s on the path that I want to go on. I’ve always respected him.”