The December 30 episode of KBS2’s “Immortal Songs” featured a match up between g.o.d’s Kim Tae Woo and Eunkwang for the King of Kings special.

Eunkwang was second to perform for the second part of the special episode. The BTOB member performed a moving rendition of “Thorn Tree” (literal title) by Poet and Village Headmaster with a 55-member choir. Eunkwang showed off his impressive vocal talent through his performance, displaying deep emotions through his voice. 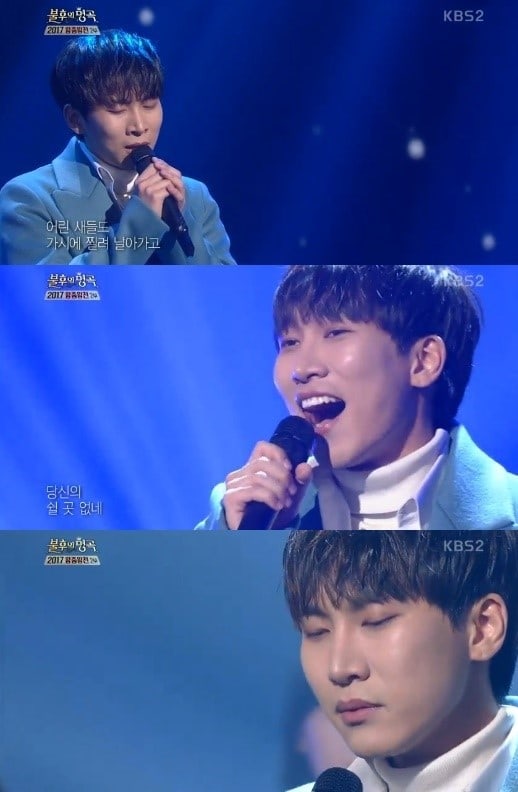 Kim Tae Woo praised Eunkwang after his performance as he said, “Eunkwang mentioned earlier that he wanted to mature more as a vocalist. But Eunkwang is already a great vocalist.”

Watch the amazing performances from the “Immortal Songs” special below!