BTOB’s Minhyuk shared how he ended up doing a duet with Yook Sungjae!

On January 17, Minhyuk joined his fellow member Ilhoon as a guest on his radio show “Idol Radio.”

While describing the tracks on his album, Minhyuk said, “In the past, Sungjae and I covered the song ‘Doll,’ and I looked back on my memories of that time.” Ilhoon said, “You sounded great together then.”

Minhyuk said, “I asked him if he could help me by doing something together, and Sungjae really casually said, ‘Okay!’” Ilhoon joked that Yook Sungjae tends to take that kind of approach to life in general, as he doesn’t make a big deal of things.

Minhyuk added, “I was careful about it because Sungjae is busy. I asked him, ‘Do you think you could help me with my album?’ But he was just like, ‘Okay!’” Ilhoon commented that even though Yook Sungjae is their youngest member, he’s thoughtful about the older members.

Minhyuk said that he’s a tsundere person, which is a term that is often used to describe someone who seems aloof but hides a caring and warm side to them.

Ilhoon said, “He’s always bothering Changsub, but he takes care of him secretly.” Minhyuk added, “Everyone in BTOB is so kind.” 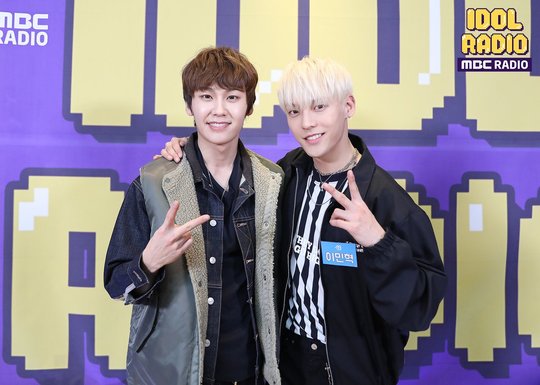 Check out the MV for Minhyuk’s new title track “YA” here!