On January 11, Cube Entertainment confirmed that Minhyuk will be enlisting as a conscripted policeman on February 7. After the announcement, Minhyuk made a surprise appearance on fellow BTOB member Yook Sungjae’s 12-hour live broadcast to not only show his support, but also reassure fans.

He began with, “Congratulations to me, I’m going to the army.” Minhyuk added, “I know that people may feel very torn up about the news that I will be enlisting on February 7. But there will be lots of opportunities to see each other before then with the release of my solo album. If I were to give a bit of a spoiler, I’m going to appear on music shows from next week. Four times next week, and four more times the week after, maybe more. I’ll be with you whenever I can, so I hope you’re excited.” 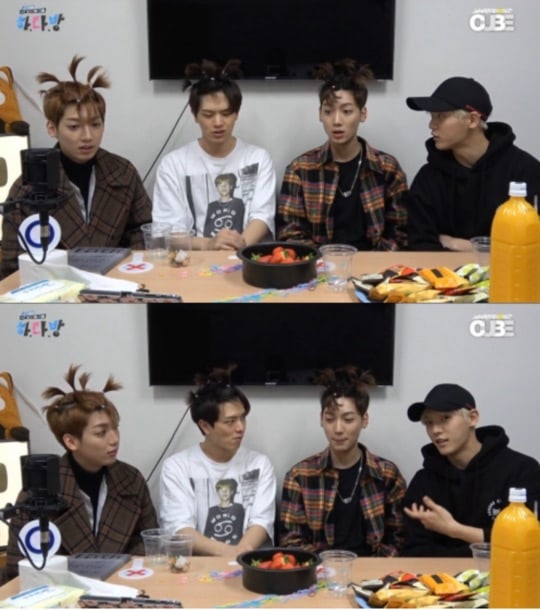 Yook Sungjae praised his fellow member’s love for their fans as he remarked, “He’s going to be with Melodies [BTOB’s official fan club name] till the very end.”

Minhyuk is set to release his first solo album “HUTAZONE” on January 15 before he enlists, and will hold a solo concert on February 2 and 3 as well. He will then enlist on February 7 as a conscripted policeman.