BTS Announces “Love Yourself: Speak Yourself” Tour In Stadiums Around The World

BTS has surprised fans with the announcement of their world tour “Love Yourself: Speak Yourself”!

On February 20 at midnight KST, BTS released a poster for “Love Yourself: Speak Yourself,” featuring concerts in six stadiums around the world.

The lineup of shows includes impressive world-renowned stadiums. They will be playing at the Rose Bowl Stadium in Los Angeles, Soldier Field in Chicago, Metlife Stadium in New Jersey, Allianz Parque in Sao Paulo, Wembley Stadium in London, and Stade de France in Paris. 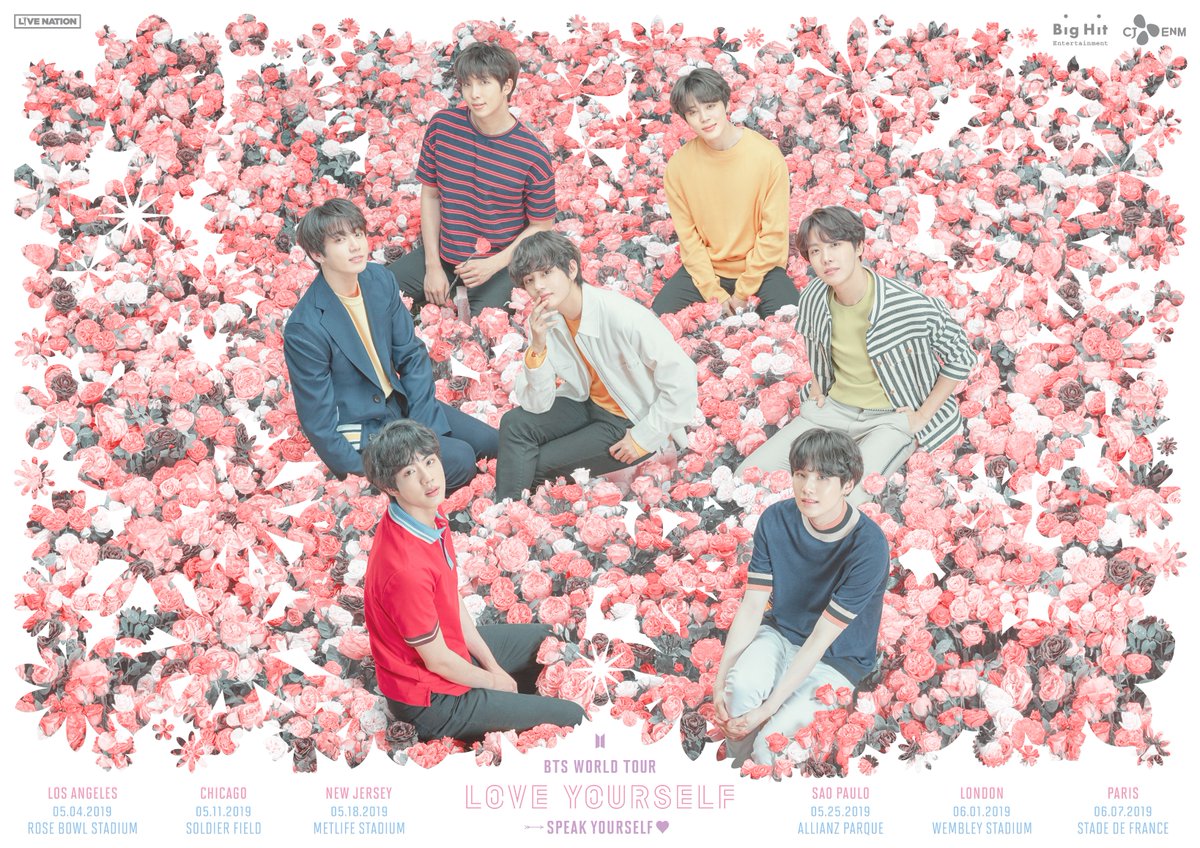 BTS’s “Love Yourself” world tour began last fall, and will continue in March and April with stops in Hong Kong and Bangkok.

The tour dates for “Love Yourself: Speak Yourself” have been added under a special category on the Tour section of the group’s website. It also includes four stadium shows in Japan, with two shows each at Yanmar Stadium Nagai in Osaka and Shizuoka Stadium Ecopa in Shizuoka, as well as promises “more dates to come”! 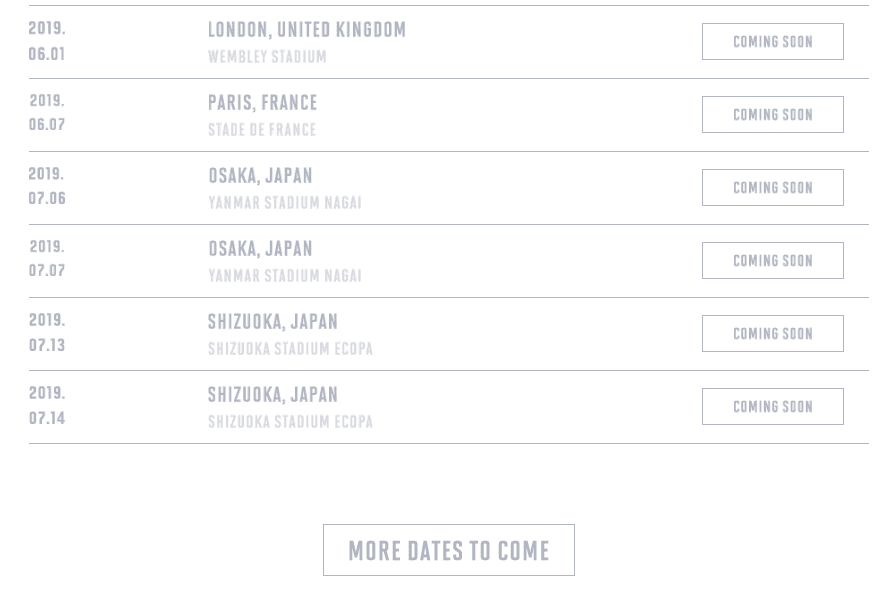 Check out a video for the tour below!