An Artist Re-Imagined BTS As Disney Princes, And They Look Like They Were Born To Be Royalty

There is countless fanart of BTS floating around on the internet, and it’s clear to see that tons of their fans have incredible talent! Recently, an artist by the name of ItsAngelArts created a series of each of the members of BTS re-imagined as popular Disney princes! Their style is a unique blend of realistic and stylized, and each of the princes that they chose for each member of BTS seems to suit them well. Here are the 7 re-imaginings!

1. Jungkook as Flynn Rider from Tangled 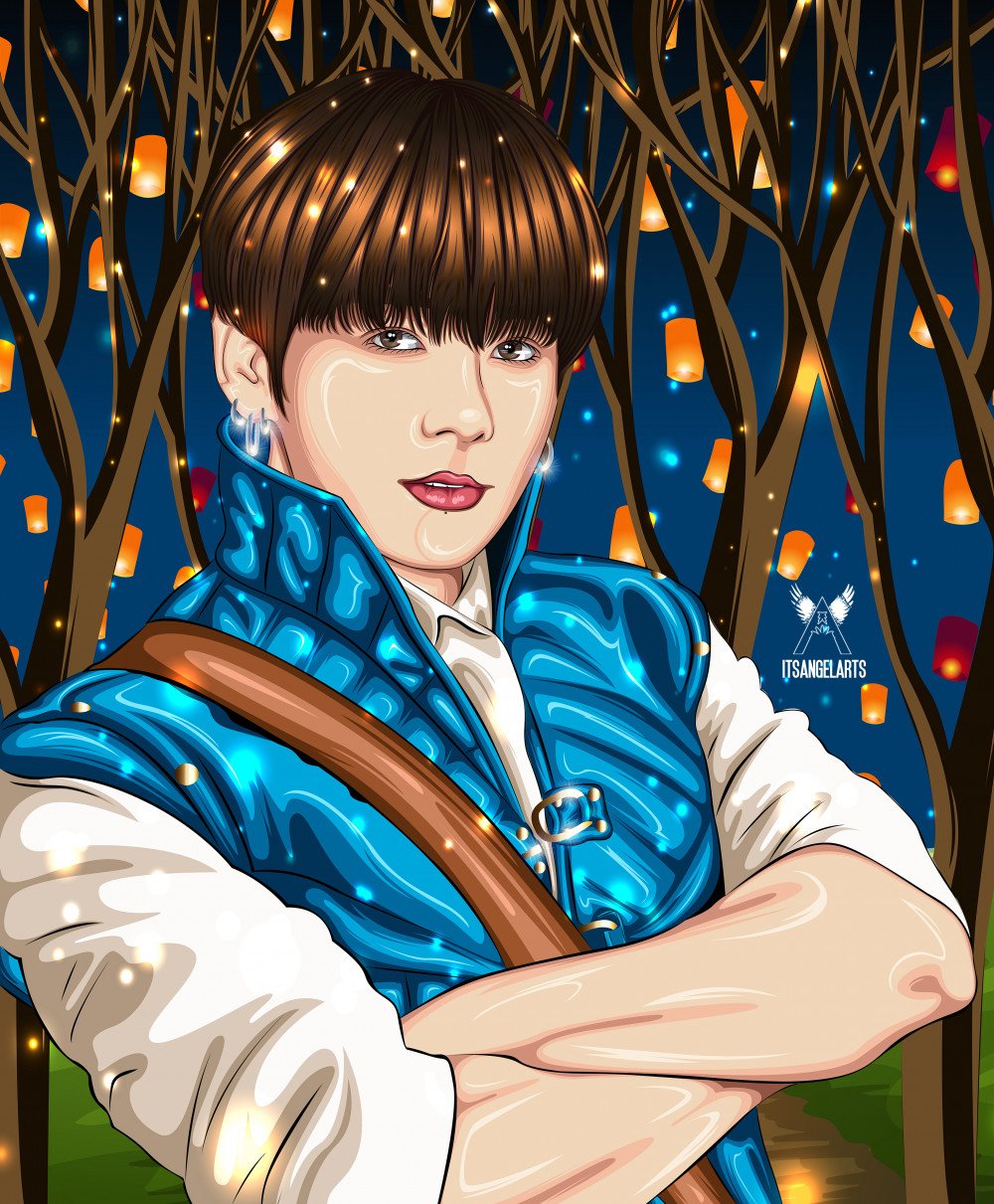 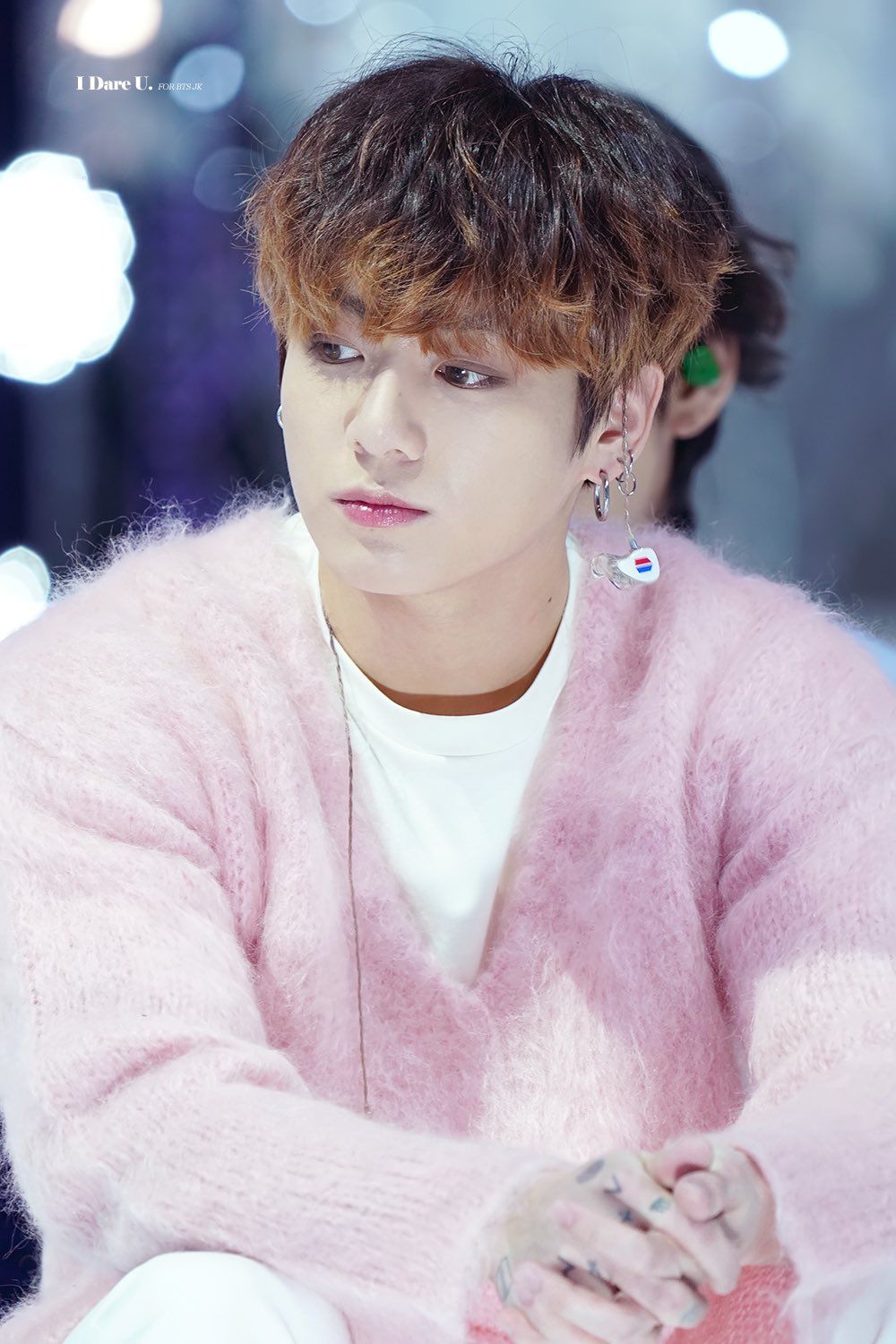 Flynn is the charming, charismatic, and loveable main male character from Tangled. While he’s not a prince, he’s certainly a character that made girls swoon with his iconic “smolder”. Who wouldn’t want to be the Rapunzel to this Jungkook re-imagining?

2. V as Prince Charming from Cinderella 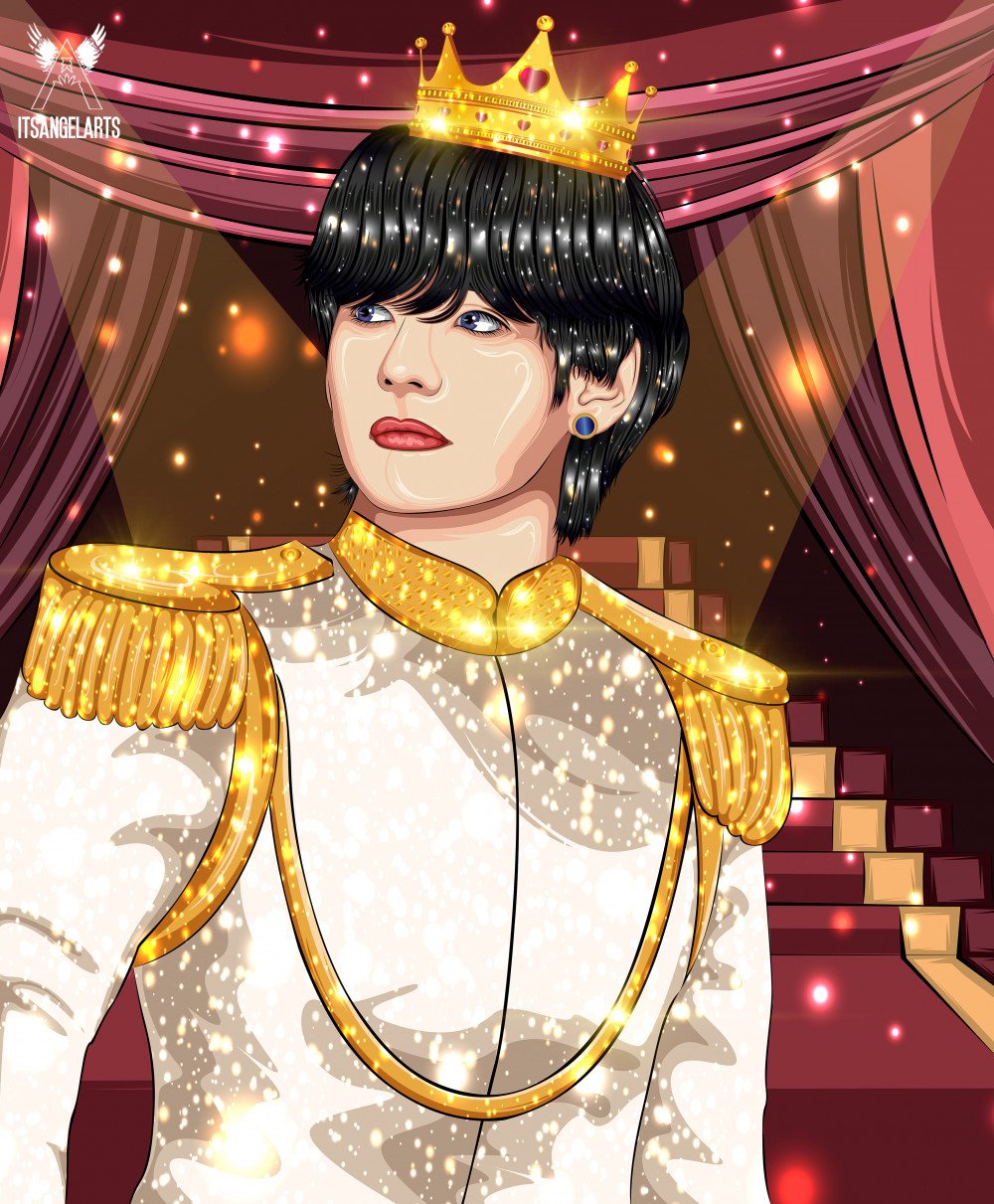 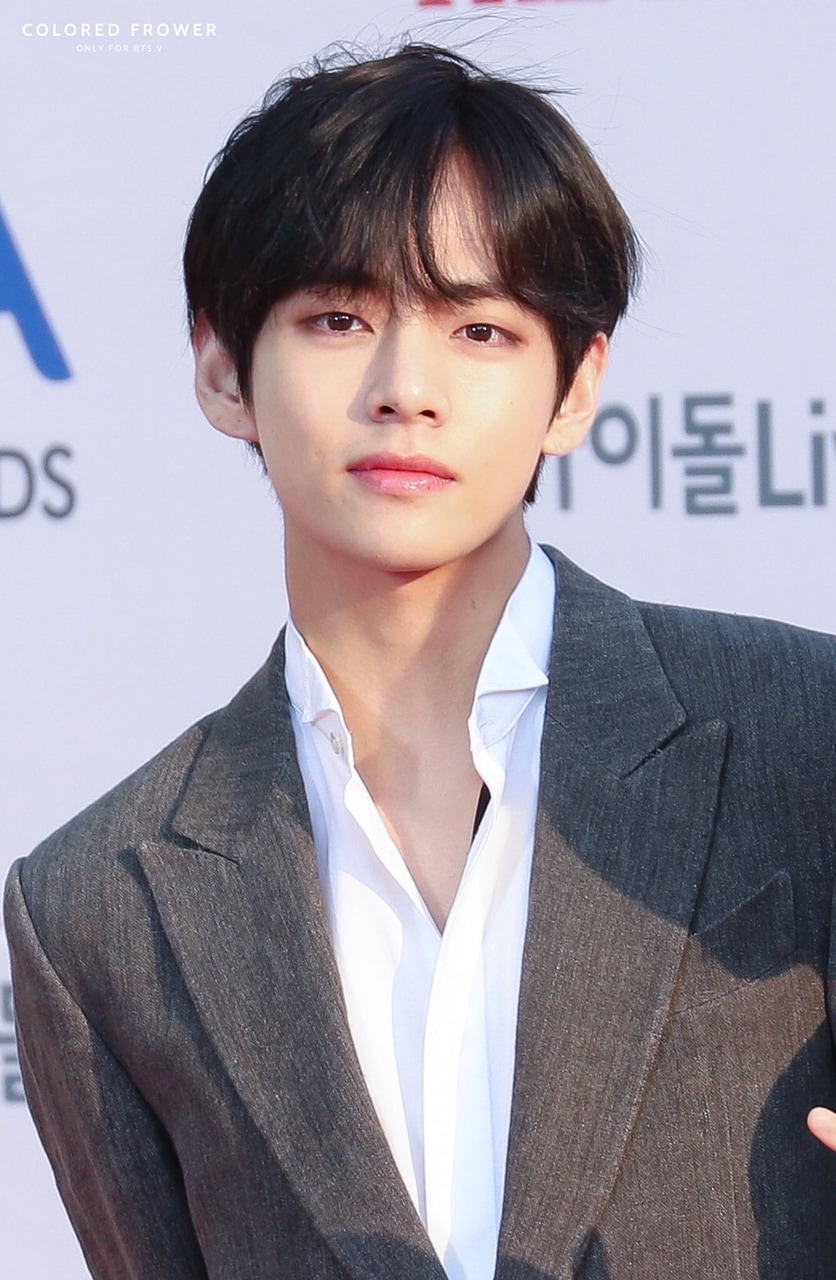 V has recently been compared to a prince with his long golden locks for the “Dynamite” era, and this drawing just proves how well he would fit the role! Prince Charming is the most classic prince in the Disney universe, so someone as classically handsome and charming as V would be the perfect fit for him and Cinderella.

3. Jimin as Prince Eric from The Little Mermaid 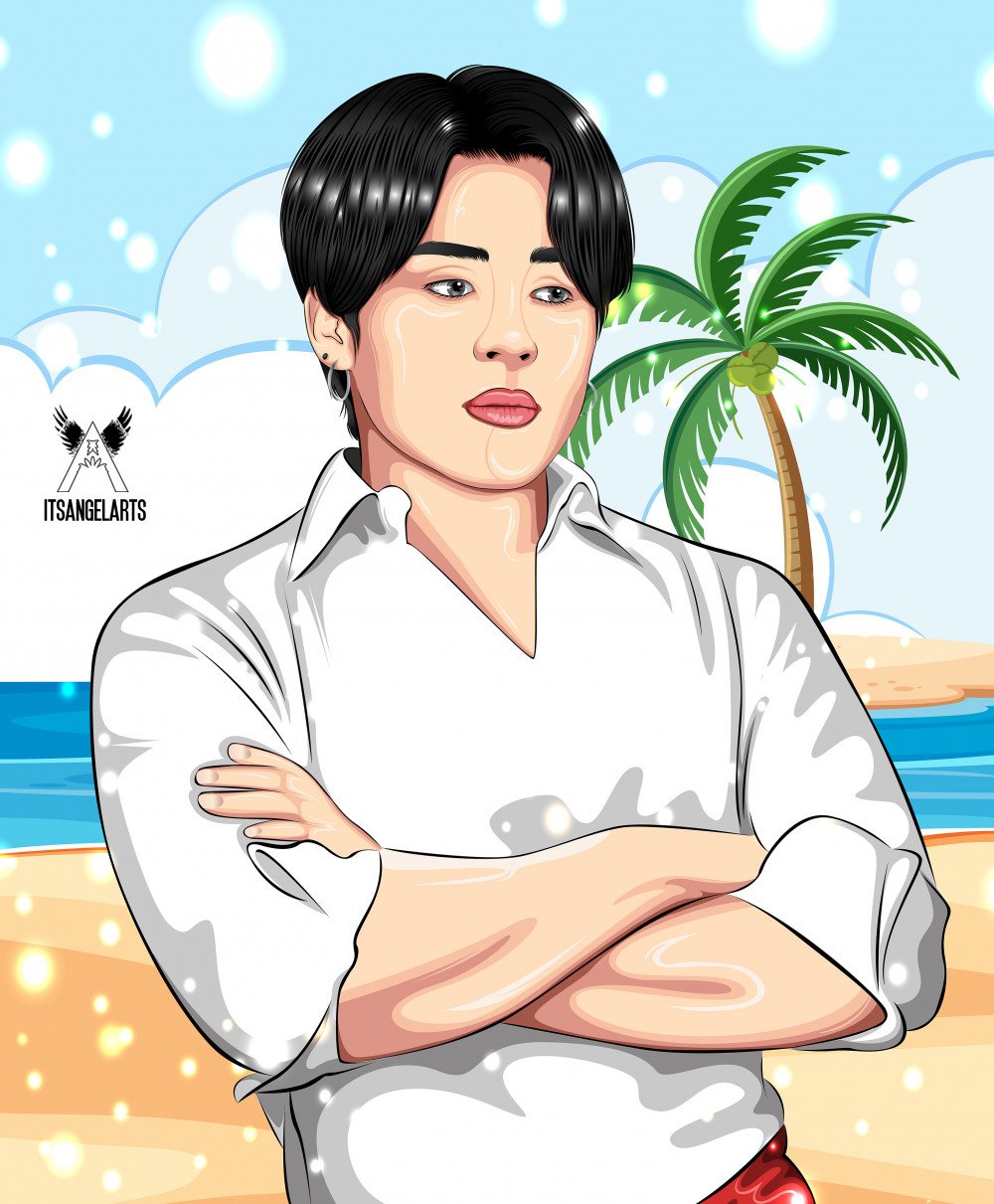 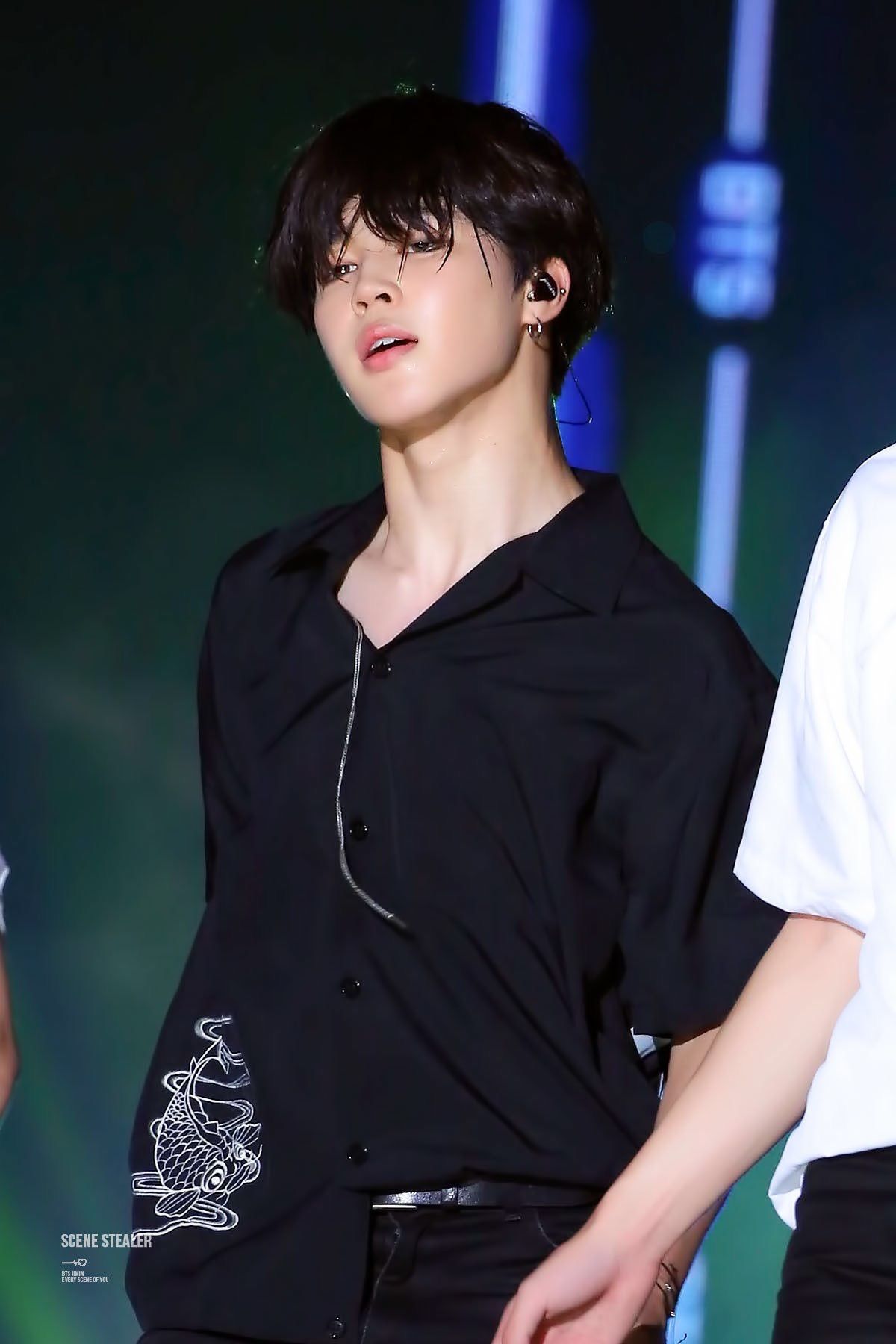 Black-haired Jimin definitely could be compared to the handsomeness that is Prince Eric from The Little Mermaid. It’s easy to imagine him sailing on ships with his hair blowing in the sea breeze, searching for mermaids! Ariel would be a lucky girl if this was her man.

4. RM as Milo Thatch from Atlantis: The Lost Empire 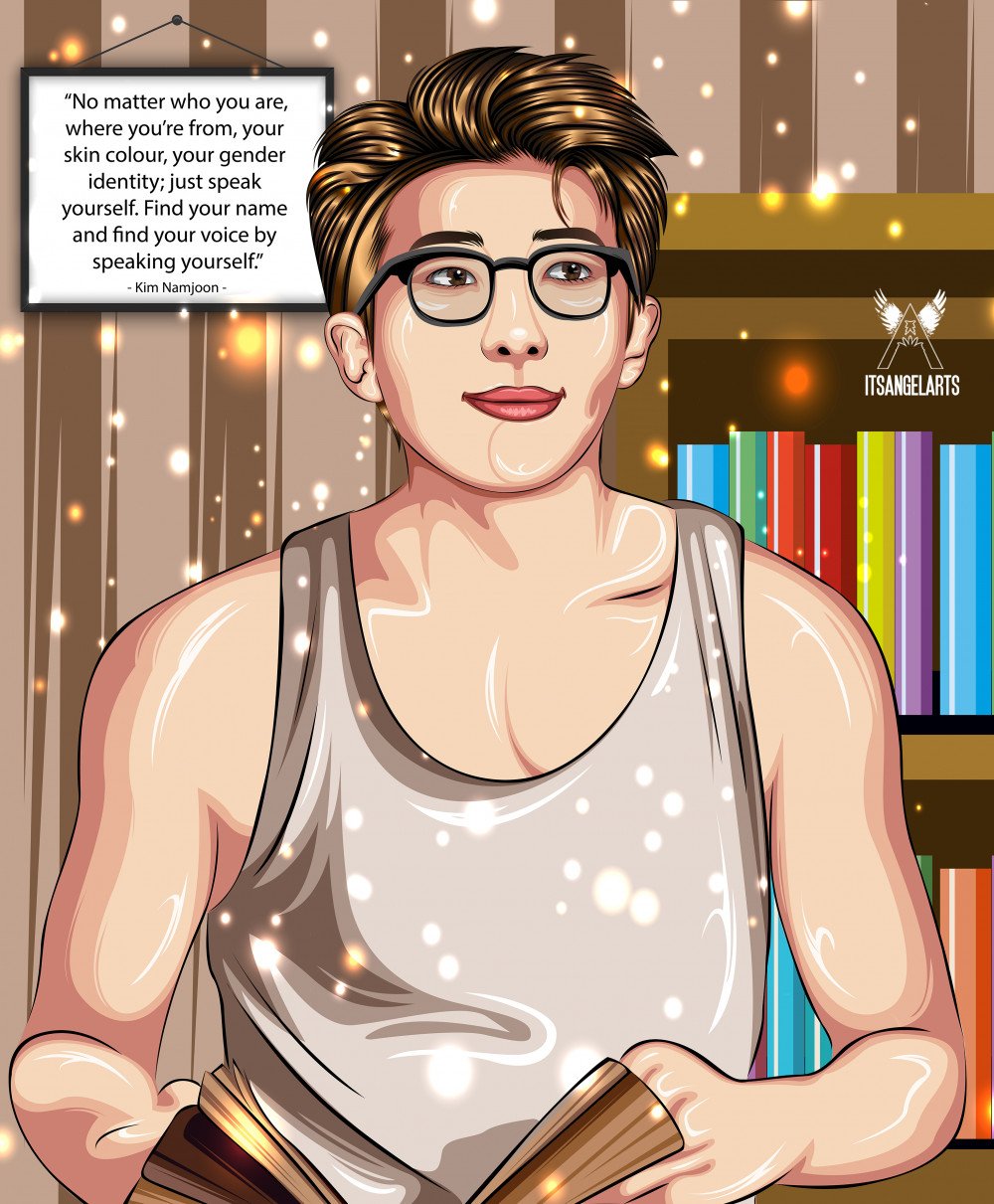 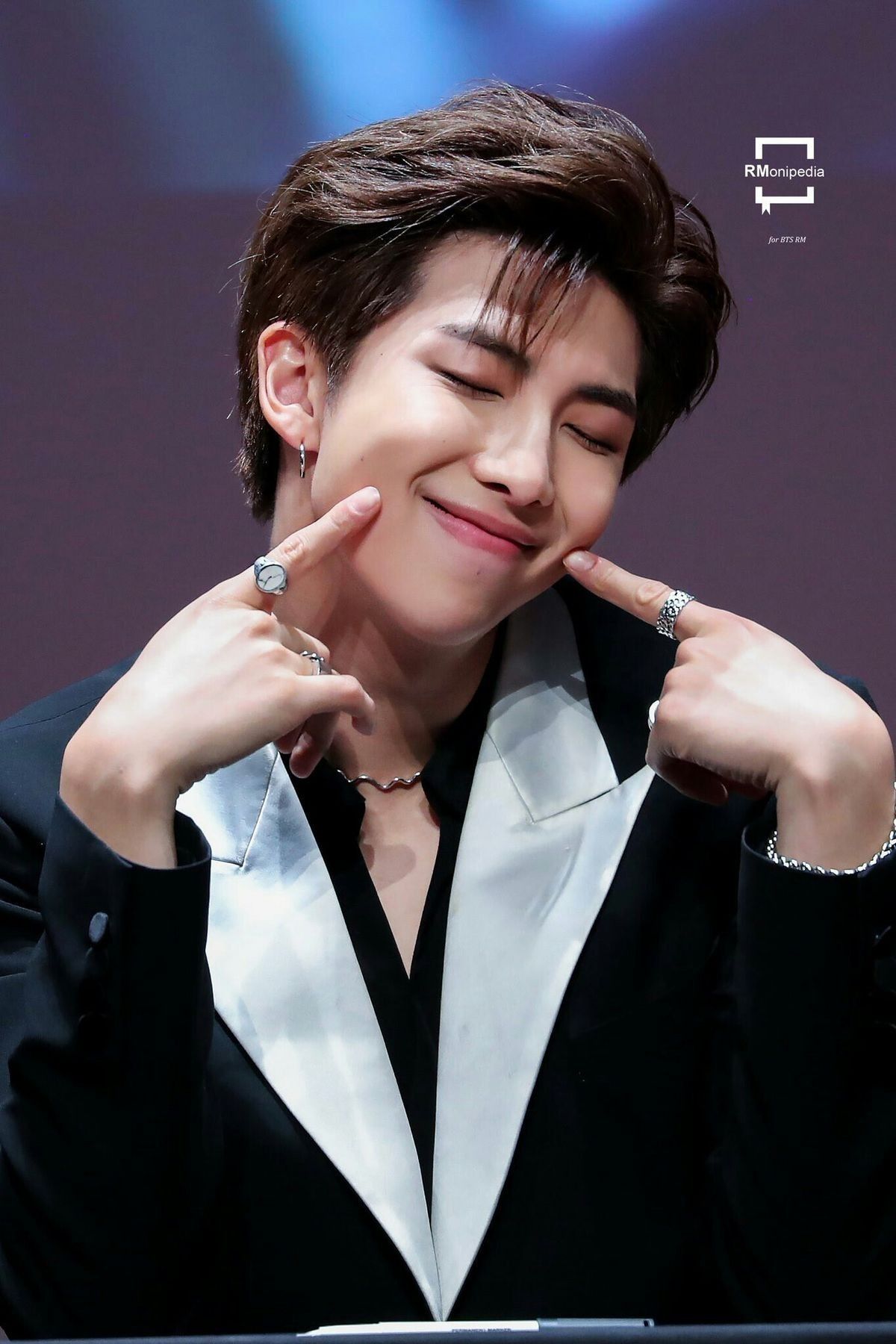 Milo Thatch is another male Disney character that isn’t a prince, but his personality is definitely closest to RM. Milo is known for his intelligence and creativity, and RM definitely fits that type! It would be easy to see him seeking out lost cities and discovering new places due to curiosity and the desire to expand his knowledge.

5. J-Hope as Prince Naveen from The Princess and the Frog 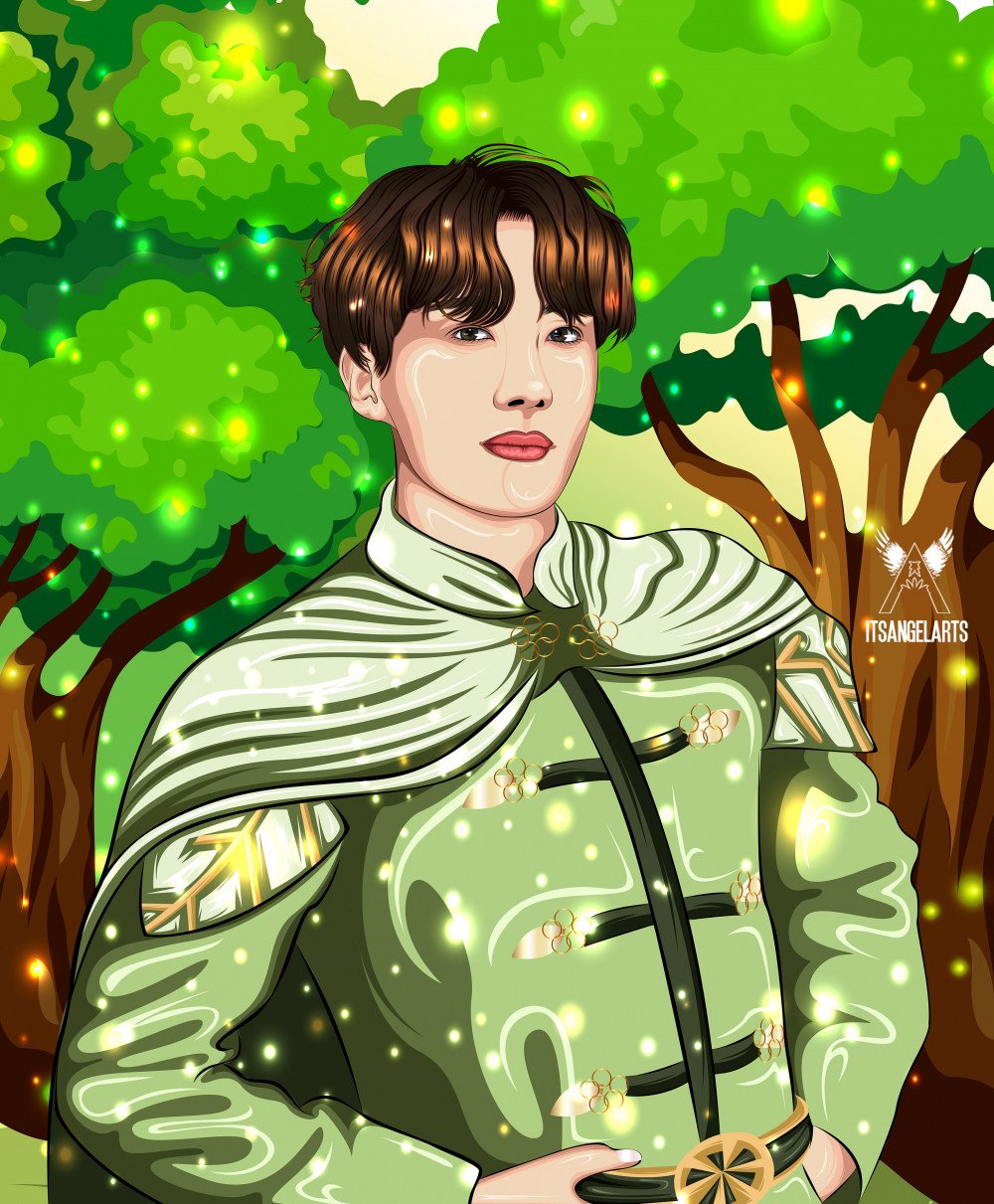 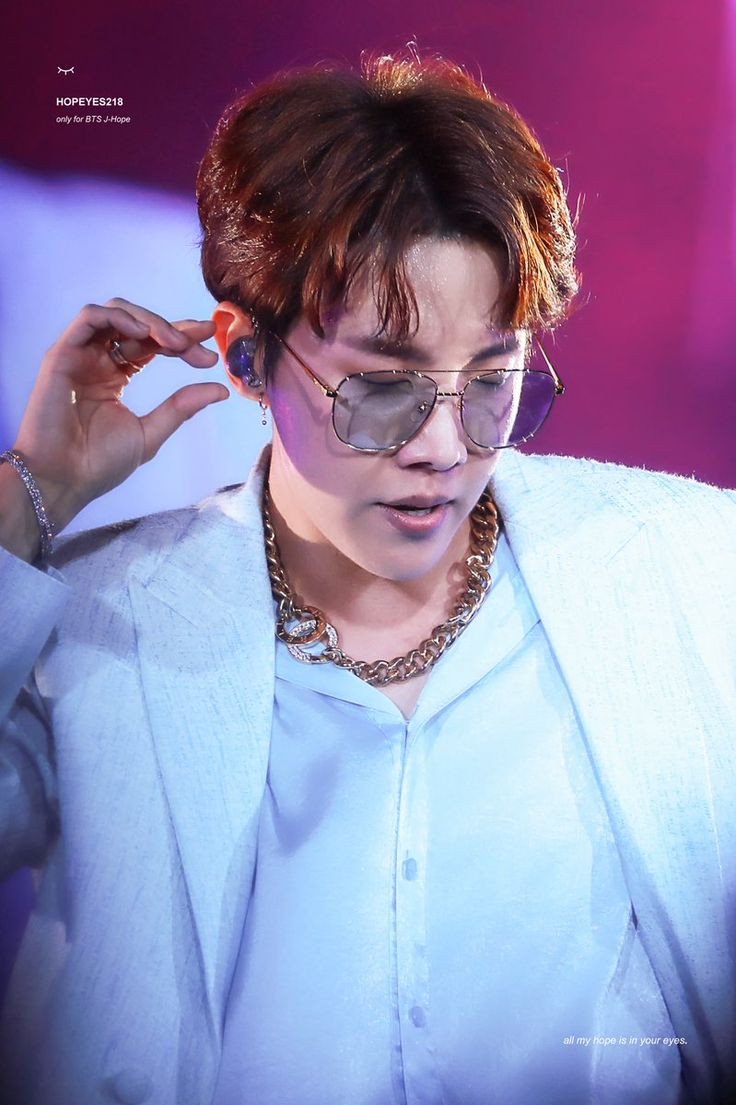 Though Prince Naveen’s personality at first was much too vain and conceited to match J-Hope’s personality, he eventually becomes much more selfless and hard-working, which is what BTS’s sunshine J-Hope is known for! He’s also very fun-loving, which suits this BTS member, and of course music is a big part of Prince Naveen’s life, which the rapper is also incredibly passionate about.

6. Suga as Prince Adam from Beauty and the Beast 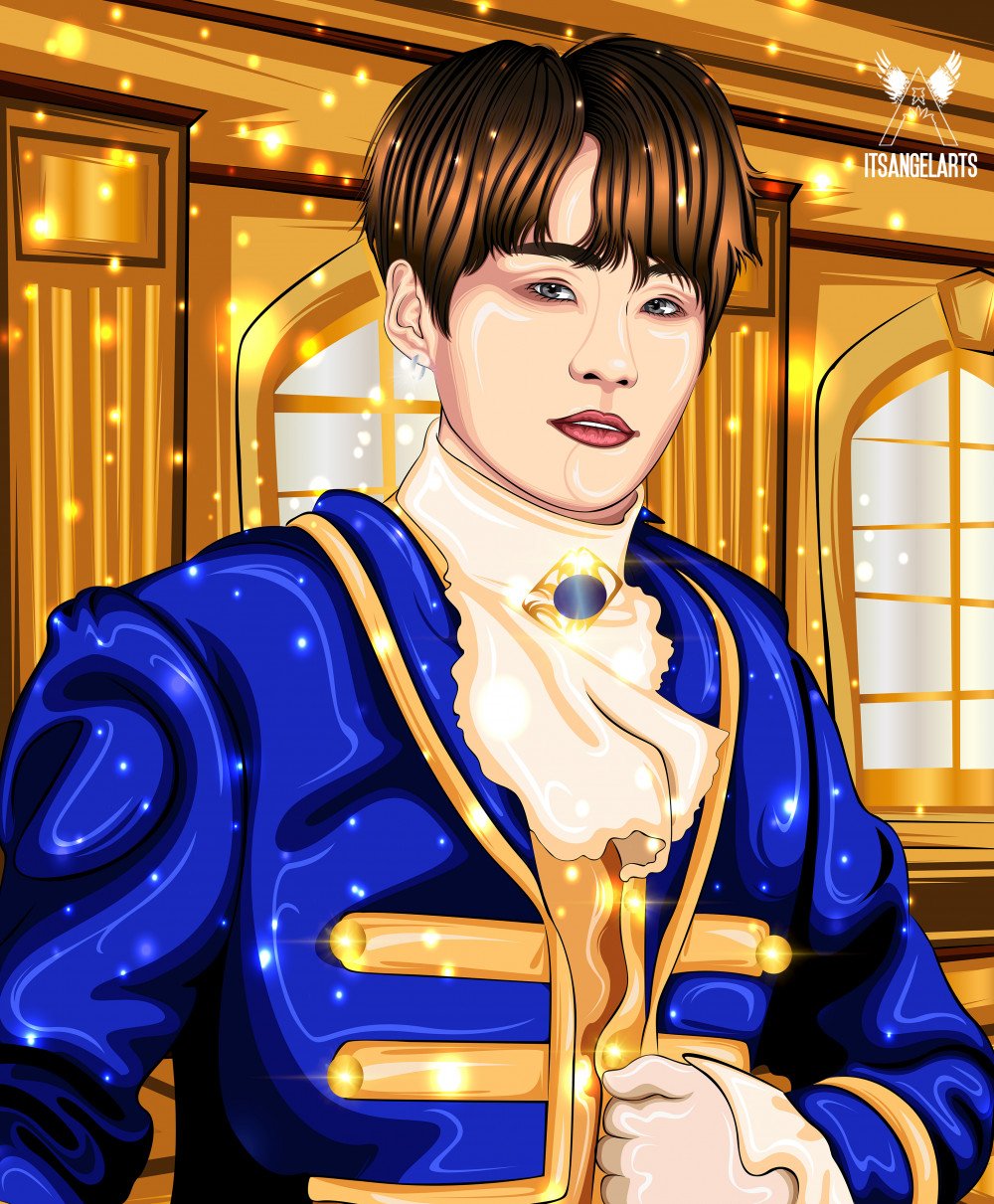 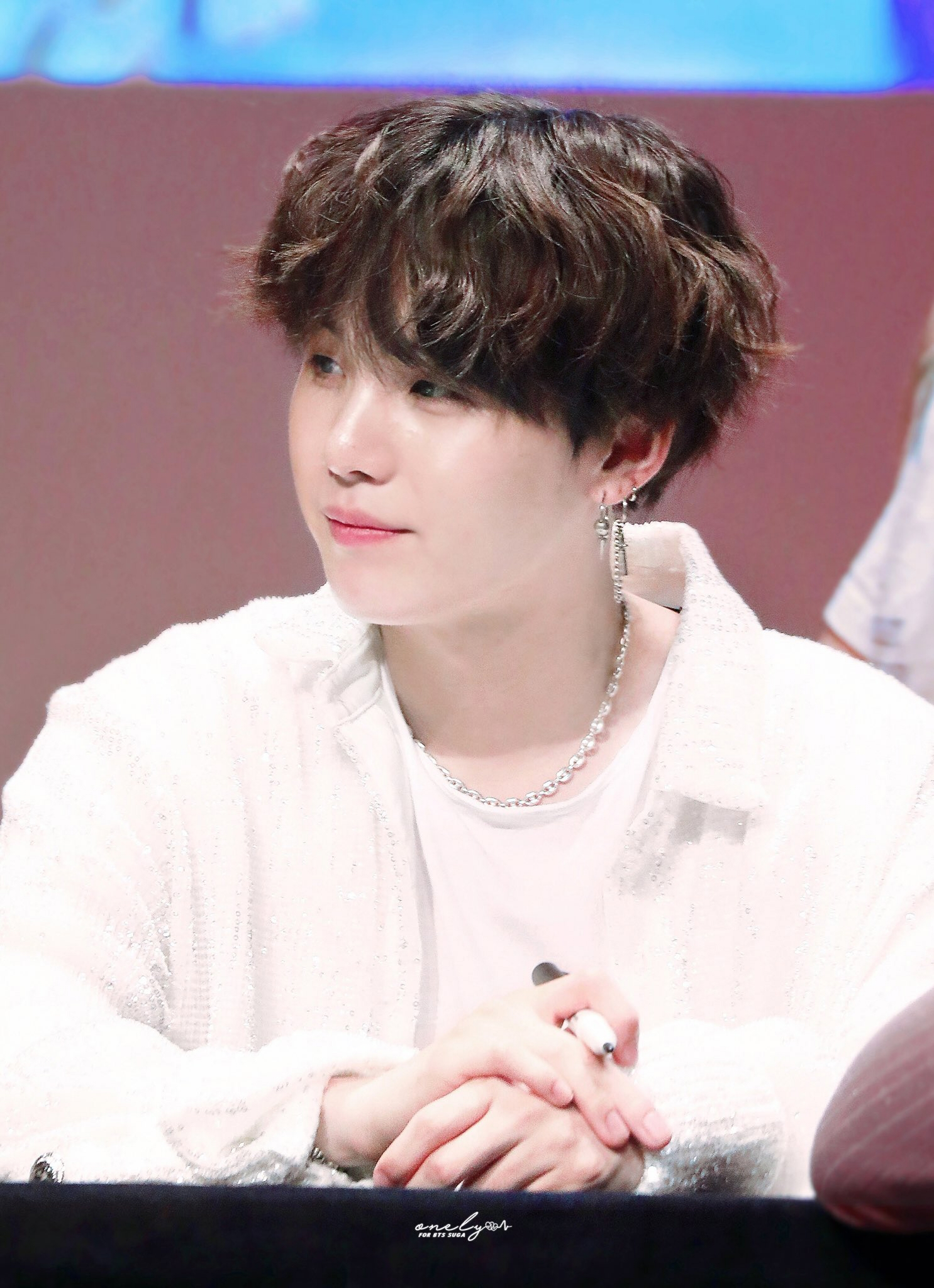 Prince Adam may not seem like a perfect choice for Suga at first, but if you think about it, it actually works well! Suga can seem cold and distant on the outside at first, just like Prince Adam, or the Beast, looks monstrous at first as well. However, both opened up over time to show their true sensitive and caring personalities, so that’s why this is a great fit! 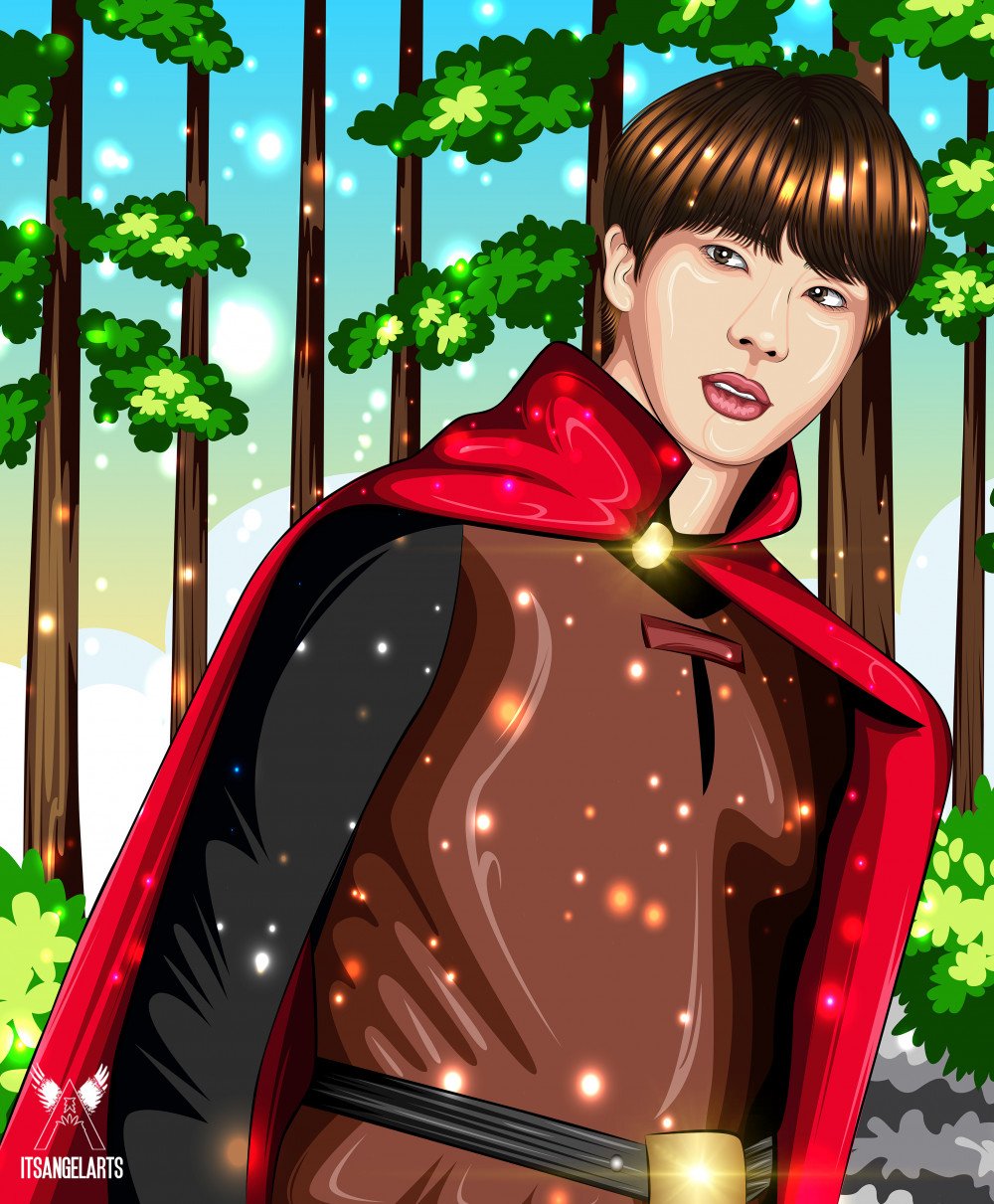 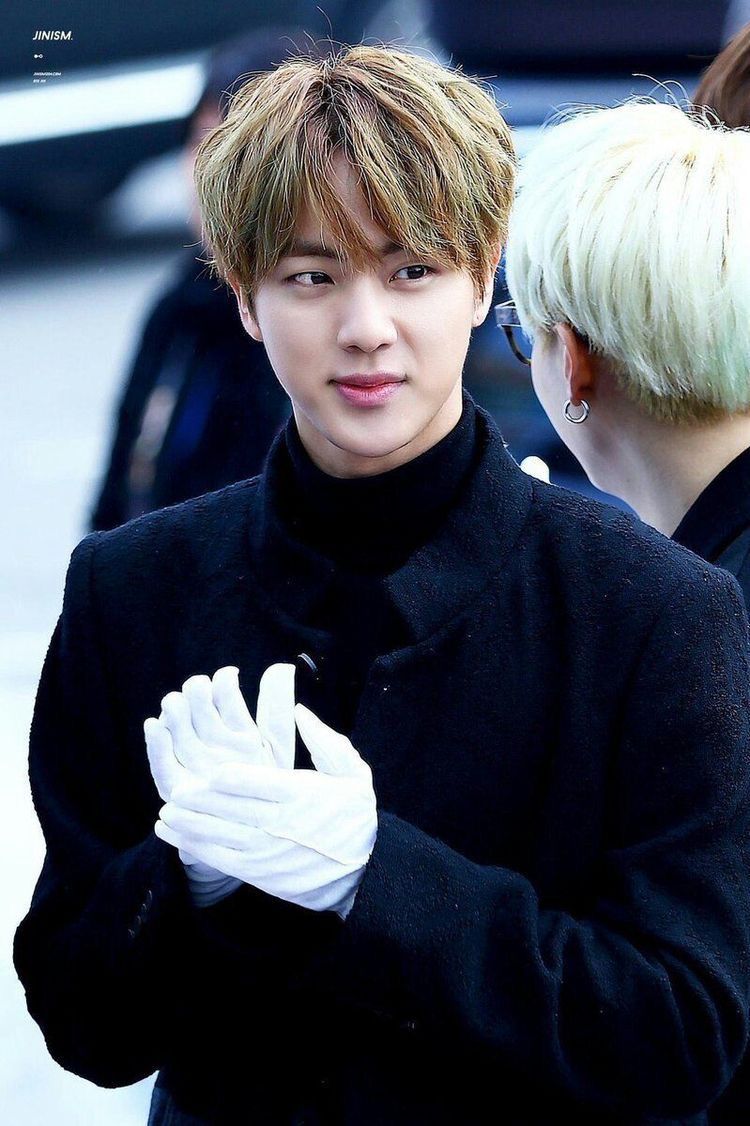 And lastly, Jin is shown as another classic prince, Prince Phillip from Sleeping Beauty. Admittedly, he didn’t play a huge role in the movie, but he is undoubtedly handsome as well as brave and heroic, which one could imagine Jin being as a prince, right? Any fan of BTS probably wouldn’t mind having a sleeping spell cast on them if they were woken up by this face!

Here are all of the lovely princes together!

BTS members as Disney Princes???????? Well, they all are already a prince in real life but I really wanted to see them as Disney Princes that is why I made this! Which one do you like the most ? My favorite is Taehyung as Prince Charming!????✨ * * * * Full HD print available on DeviantArt. * * Want my art get printed on your T-Shirts, Hoodies, Mugs, Throw Pillows, Tote Bags, Phone Cases and more ? Shop at my store in affordable prices! Link in bio???? * * Subscribe my YouTube channel for tutorials and Speed Art videos. * * * * Tags:- #itsangelarts #illustration #vectorart #vexelart #freelanceillustrator #cartoonart #comicstyle #fanart #digitalartist #instagramart #digitalportrait #cartoondrawing #fanillustration #vectorartwork #myart #bangtansonyeondan #btsv #kimtaehyung #taehyung #hobi #btsfanart #jimin #jin #suga #yoongi #namjoon #bangtanboys #jungkook #jhope @bts.bighitofficial