BTS, who recently released their new single “Dynamite,” has been on a roll breaking records on the charts while giving fans lots of fun content through their official “Dynamite” music video and B-side video.

BTS did not disappoint as they came back with yet another new concept of disco pop. For those that might not know much about BTS or understand why they continue to gain a huge following even after seven years in the industry, take a look at their past concepts and discography and you will know why.

For instance, if you take a look at their song “Go Go,” they take the trends of that year (2017) such as YOLO and 탕진잼 (tangjinjam) and incorporate it in a fun way to create a witty and trendy trap hip-hop track. 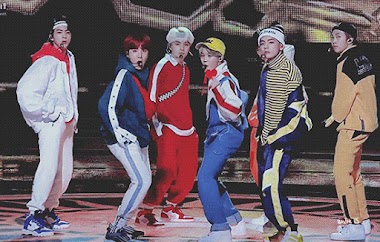 They can take this fun and cute style song and take it a totally different direction just by changing the stage and styling.

Now going in chronological order, you can see just from their music video thumbnails the different sounds, concepts and styles they have done throughout the years.

This track gives off a trouble-maker, teenagers from the streets vibe with their strong eye make-up and leather jacket styling.

This track reveals a more coming-of-age drama concept that shows a group of boys experiencing different things as they continue this journey called life.

This gives off a bit more of a bad-ass vibe with a more powerful choreography and vibrant outfits.

This could be the beginning of the BTS’s sexy concept with their chokers and dark scenes.

This gives off a softer and longing image with a mix of contemporary dance.

This video is the epitome of refreshing and bright with the colorful visuals and bright filters.

This track shows off a bit more of what BTS does best, which is old school hip-hop.

This traditional version pays respect to their culture and shows that they never forget where they come from.

This video is an overload of pastel colors from blue to pink and gives off an overall cotton-candy happy vibe.

“ON” features a marching band as they reveal a large-scale show with a battle and warrior type concept.

This video is just pure art as they mix contemporary dance with a dark theme.

BTS continues to gain a huge following due to their ability to release a new concept and music each time without repeating a similar theme, widening their spectrum as artists. With the variety of styles in their discography, there is bound to be at least one track that is someone’s taste.

What song brought you into the BTS universe?