The Japanese music program, which will take place on December 22, is a popular special held at the end of each year and features many famous singers. It is considered one of the Big 4 annual music shows in Japan, alongside NHK’s Kōhaku Uta Gassen, Fuji TV’s FNS Music Festival, and TBS’s Japan Record Awards.

As previously reported, BTS and TWICE will be performing at this year’s Music Station Super Live —the only Korean artists to do so. In a recent interview, the BTS members expressed their excitement for their very first performance at a Japanese year-end music program. 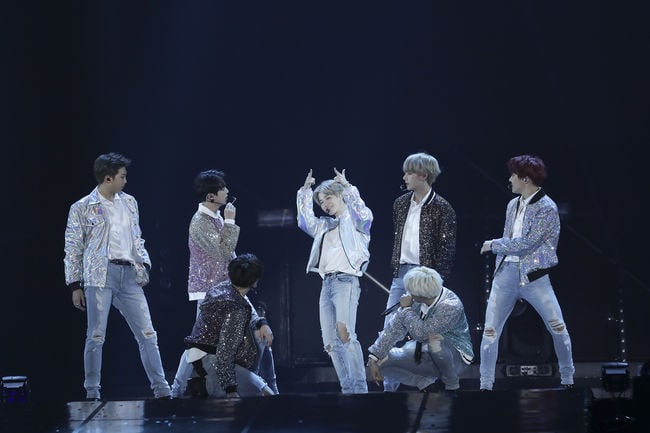 BTS also commented on the fact that they will be one of the first Korean groups to attend since 2011, when TVXQ, Girls’ Generation, and KARA all performed. (The last time a Korean artist appeared was in 2015, when BoA attended the show.)

The idols remarked, “We’re very happy that a Korean group will be appearing at ‘Music Station Super Live’ for the first time in a long while, and we’re extremely excited [for the show].”

They went on, “This was the happiest news [we heard] since our Japanese debut. Because it’s such a good opportunity, we will do everything we can to live up to expectations.”

The BTS members concluded by sharing their gratitude for the opportunity. They said, “Thanks to ‘Music Station Super Live,’ we are able to perform at year-end music festivals in three different countries this year: Korea, the United States, and Japan. We are truly thankful.”