BTS fan Joelle from Buzzfeed decided to challenge herself to eat like BTS for a week— but not in a diet way. Instead, she made the members’ favorite dishes and other iconic Korean foods, with each day symbolizing a different member.

Joelle started off her week with a sweet red bean bun she felt RM would have enjoyed, plus a dalgona coffee in reference to the livestream RM did with Jimin when they attempted to make the tasty drink. Lunch was kalguksu, or knife-cut noodles, a meal that RM has said he loves.

She wrapped up the day with samgyeopsal, or grilled pork belly, for dinner. 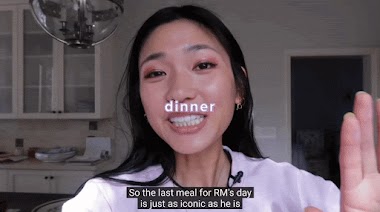 Tuesday is Jimin, and Joelle started the day off with a simple fruit platter, as Jimin mentioned before that he loves fruit. Jimin has also said he loves meat, so for lunch, she made bulgogi for her bibimbap. 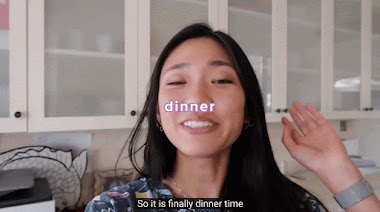 Wednesday is J-Hope, and the dancer leader has said that he loves traditional Korean food, so Joelle started the day off with some fresh kimbap. Lunch is a meal that Jhope has had on a livestream: kimchi bokkeumbap, or kimchi fried rice.

Dinner is a popular fast food chain that the group has named several times as their favorite: In-N-Out. 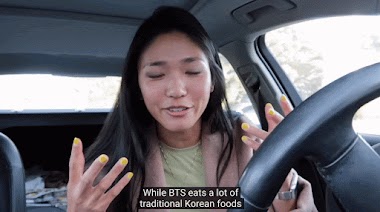 Joelle started off Thursday with one of V‘s favorites, japchae, or stir-fried noodles. Lunch is another popular Korean dish, jajangmyeon, or black bean noodles, in reference to a BTS Run! episode where V had to eat jajangmyeon quietly.

And of course she couldn’t close the day without some Panda Express, a restaurant that V has mentioned numerous times in interviews. 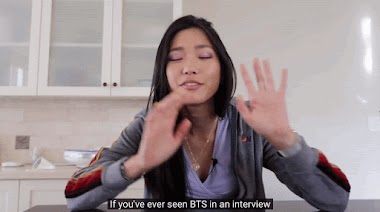 Friday was for Suga, and no day would be complete without eating a bunch of tangerines. If it wasn’t apparent from the many compilation videos of Suga eating tangerines, he loves tangerines. Lunch was a delicious meal of Korean fried chicken and beer, a must-have considering how many times the group has eaten or mentioned it. 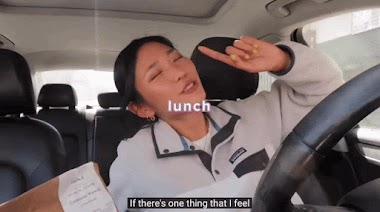 Suga is another member who has a love for meat, so dinner was galbi, or marinated short ribs.

Saturday was a big food day as it was Jin‘s day. She recalled a livestream when Jin said ramen seasoning packets make anything taste good, so she was out to test it. So for breakfast, she made scrambled eggs using a ramen seasoning packet, and it turned out surprisingly good. Lunch was one of Jin’s favorites, naengmyeon, or cold buckwheat noodle soup.

Dinner was a fancy occasion, as Jin has mentioned one of his favorite foods is lobster. 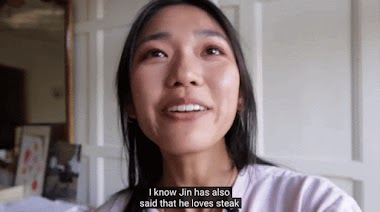 And last but certainly not least is Jungkook on Sunday. She mentioned that she has seen Jungkook eat peanut butter, nutella, and banana toast repeatedly in behind the scenes videos, so she decided to make that for breakfast. Since Jungkook is a carb-lover, she decided to make tteokbokki, or spicy stewed rice cakes for lunch.

And to finish off the day (and the week), she went with pizza, a food that both she and Jungkook likes. 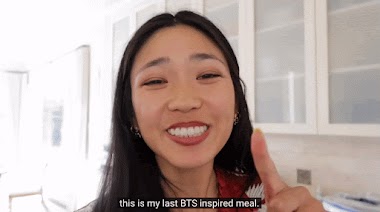