BTS made an appearance on The Late Show With Stephen Colbert where they broke the internet with their comedic sides!

Instead of the usual interview-type format, the members sat down and shared hand gestures that were anything but typical. Check them out below!

J-Hope questioned why only hearts were made into finger poses. After all, organs like kidneys—yes, kidneys—and long intestines were equally easy to copy. 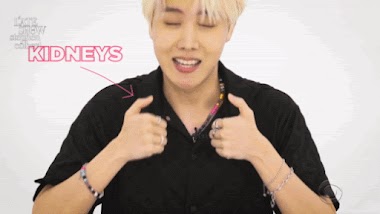 Heart is just one of the important organs you can communicate with your fingers.

V knows we’re all aware of the usual meanings behind the “V” sign, his name and the word “peace” to name a few. Not many people know, however, that if you just add a little bit of creativity via an extra finger, then everything changes. Introducing: Piece of Pizza! 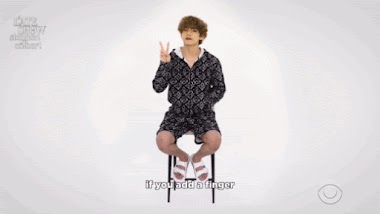 If you add a finger, piece of pizza. Looks delicious. But remember, don’t eat your fingers.

Besides adding a finger to an already existing pose, changing their speed also gives it a whole new meaning. Jimin showed fans him going out for a nice walk… 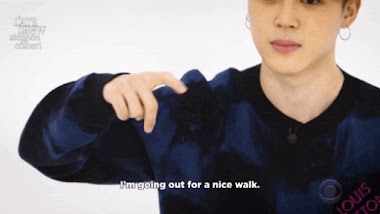 …going for a run… 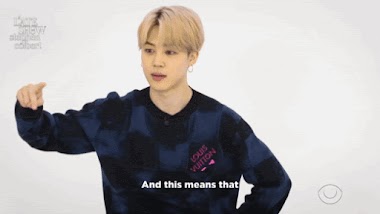 …saying, “Forget running, I just got a new pogo stick”… 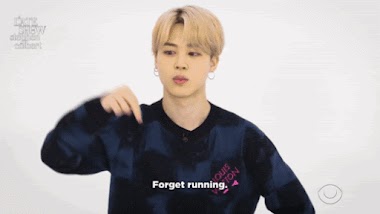 …and of course, exclaiming, “Help! That guy just stole my pogo stick!” 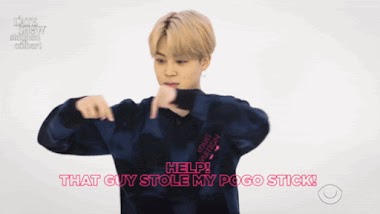 One of the cutest ones so far was when J-Hope demonstrated the pose, “Hey! You got food on your face.”

Jungkook shared his “live long and prosper” hand gesture next. He was full of confidence when he claimed, “I invented it and Star Trek learned it from me. How is that possible? Because Star Trek takes place in the future.” 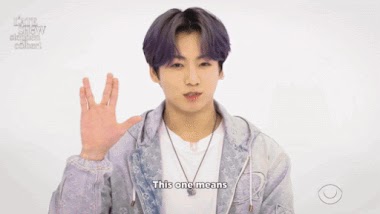 Who cares about rock, paper, scissors? Jungkook gave everyone an interesting take on the game with his newly-made “paper shredder” which “defeats paper a few times and then jams up.” 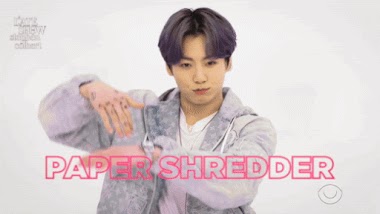 You may never use Suga’s lengthy and niche pose, but it’s always fun to know one that means “the batter is going to ‘fake bunt,’ important if you’re a base coach.” 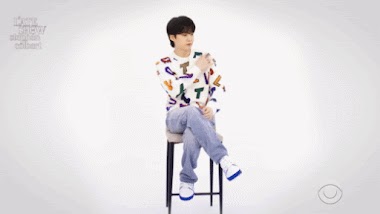 Bunny ears are often made when taking photos beside another person, but V insisted on using the “double bunny” instead.

Out with the usual heart poses, everyone should try the “little man inside a TV box.” The little man, according to Jin, represents none other than Stephen Colbert. Just make sure to use it carefully, as it has the power to call him to where you are! 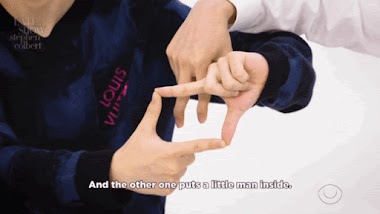 Last but certainly not the least, try out BTS’s “Butter” hand gestures to show your dedication to the group and their latest single! 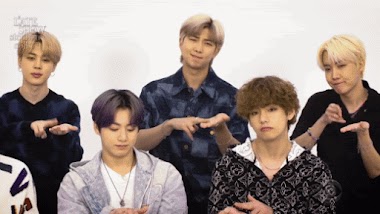