Seven years ago, BTS embarked on their first tour, The Red Bullet Tour, where they performed hits from 2 Cool 4 Skool, O!RUL8,2?, Skool Luv Affair, and Dark & Wild in 13 countries.

Flash forward to 2021. In a new behind-the-scenes video, BTS reminisces about past concerts and eras. Jin and Suga pointed out how similar the set for the Map of the Soul On:e photobook is to BTS’s The Red Bullet set. 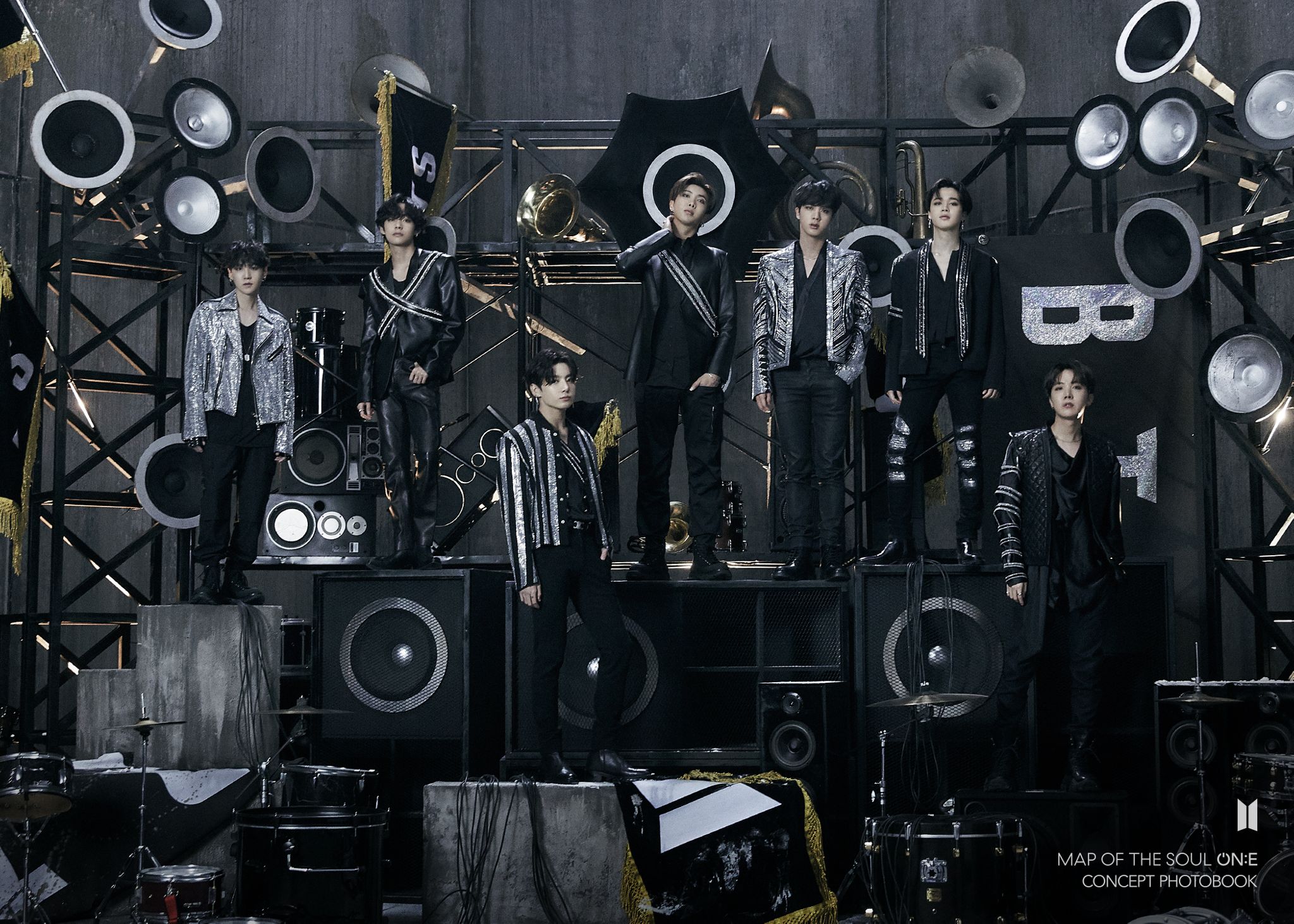 “When I first saw this [set], it kind of reminded me of when we shot for The Red Bullet,” Jin said. “So, if you look at the album cover images for The Red Bullet and then look at this, you can tell it has a similar vibe. I filmed that one holding a flag.”

“It’s like the set that was built during “Danger” for The Red Bullet concert,” Suga added. “We’re filming on that kind of set.” Jin and Suga are the oldest members of BTS, but they haven’t aged a day since The Red Bullet!

Back in 2014, RM (then Rap Monster) had a shock of blonde hair and BTS’s signature black eyeliner.

In his Map of the Soul On:e photos, J-Hope wears a layered black outfit that could be the spiritual sequel to his rib-sleeved leather jacket. Gone is the burnt orange hair, but his charisma is here to stay!

Some BTS members seem to have aged backward since The Red Bullet, but “Baby Mochi” Jimin is all grown up now! Fringed flags were used as props on both sets.

Does “V” stand for “very fantastic glow up?” It should! V traded his sleek, short hair for a wavy perm and went from soldier prince to military king!

Last but not least is Jungkook, who was just 17 years old when The Red Bullet tour began. He is now 23 and rocking a more mature, chic outfit.