In a recent live broadcast, BTS‘s J-Hope spoke about how tough it was to film the final scene in the “Butter” music video.

BTS was watching the “Butter” music video in the live broadcast, and at the end of the music video, J-Hope eats a piece of butter!

Jin got a little playful and said that this scene was “supposed” to be a minute long! J-Hope laughed and said, “What do you mean 1 minute?” 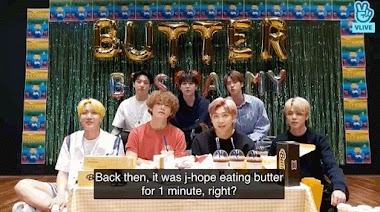 J-Hope then shared that this scene was originally supposed to be a little longer, but he asked the directors to make it as short as possible since it was hard for him to eat the butter. 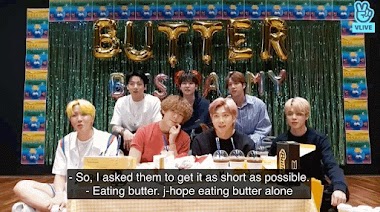 Other members decided to add to Jin’s playful comment and jokingly said that the scene was supposed to be longer, with RM saying that it was “planned” to be an hour-long! 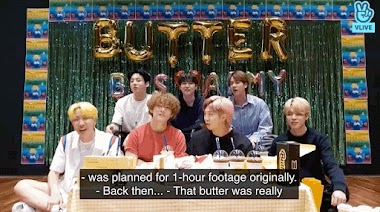 After the members teased J-Hope, Jungkook asked him to speak honestly about the scene, and J-hope said that the butter was greasy and that he couldn’t eat it the way it was. 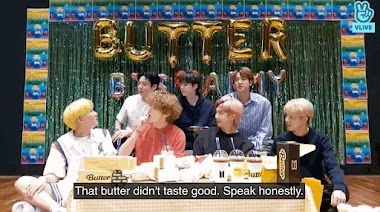 While the scene might have been tough to film, J-Hope did a phenomenal job!

Here’s the “Butter” music video below!