BTS can’t wait for ARMY to hear their new album, but with that excitement comes nervousness.

On Weverse, J-Hope wrote a letter to fans about BE, the members’ creative process, and their upcoming promotions. Although he is looking forward to everyone hearing the music BTS worked so hard on, he is also worried it might not live up to their expectations.

Army!!!!! The album will be out tomorrow. We prepared for it for so long that I feel like it’s already out. hahahahahaha. Since we expressed this album by describing it as ‘an album we participated in in every aspect!!’ I’m worried you might be as disappointed as you’re excited. So I’m simply worried, too.

Together, BTS took a hands-on approach to all aspects of BE‘s creation. This highly personal, self-produced album is very meaningful to both the members and to ARMY.

What’s for certain is that while making this album, we laughed, enjoyed it, had debates, tried to align our opinions, and following the final review, we finally released the album…So I feel like it’ll be an album where you can feel the warmth of every single member. And I think that alone will make this a meaningful album for both us and our ARMY!!!

According to J-Hope, BTS will be opening up about their process soon after BE drops. “Starting tomorrow, how we prepared for this will be revealed one by one!!!” he wrote.

J-Hope ended his letter on a positive note about 2020, a year that hasn’t gone the way anyone expected.

Despite these tiring days, I hope this becomes a happy ending to 2020 that will give you a little bit of laughter and strength. 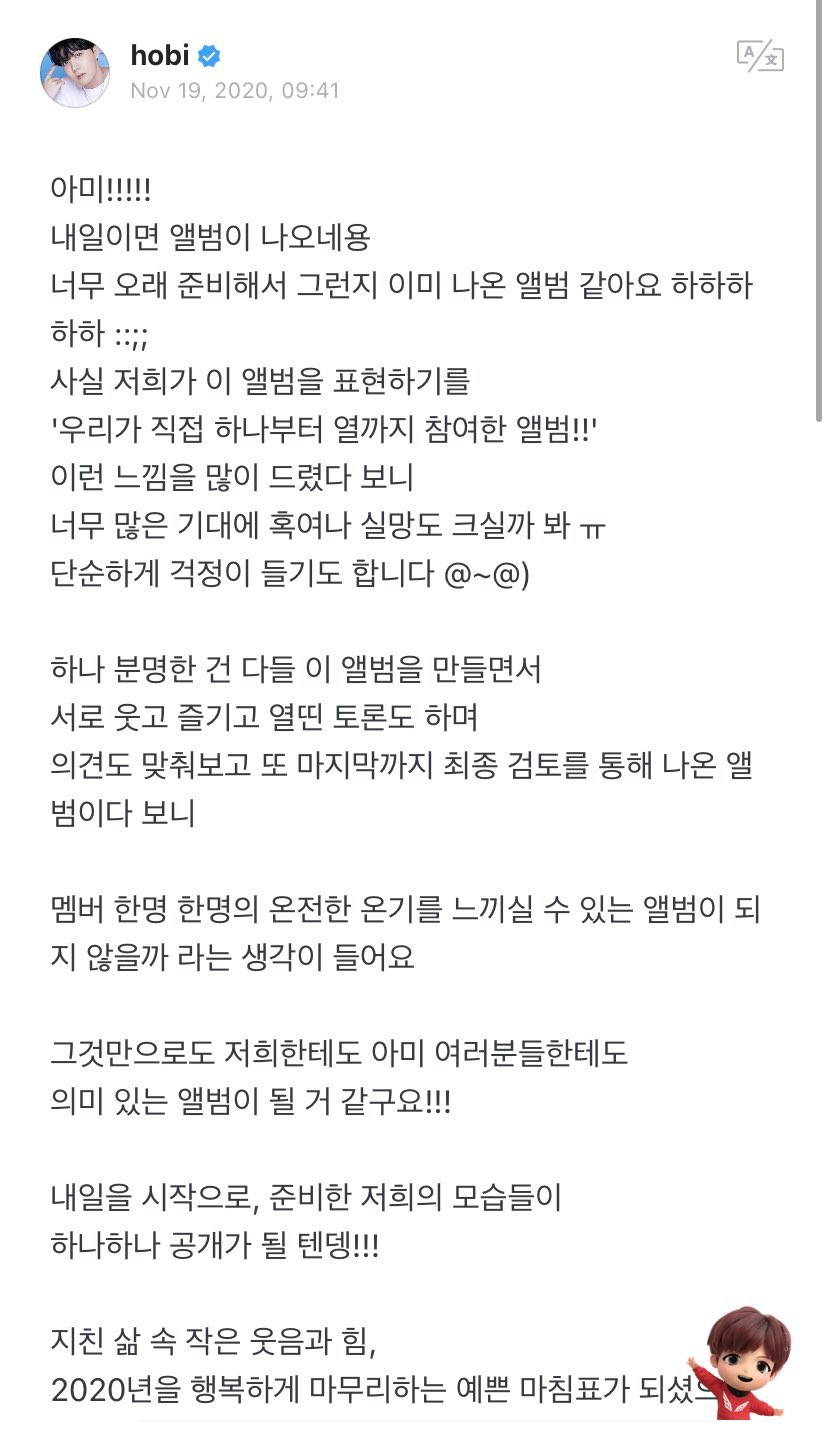 V and RM are also sharing their excitement about BE with fans. Read all about it here: