On Twitter, ARMYs are trending the hashtag #ArmyConfessionTime to share the funniest misconceptions they had about BTS when they first started learning about the members. Here are 10 “incorrect facts” about Jimin! 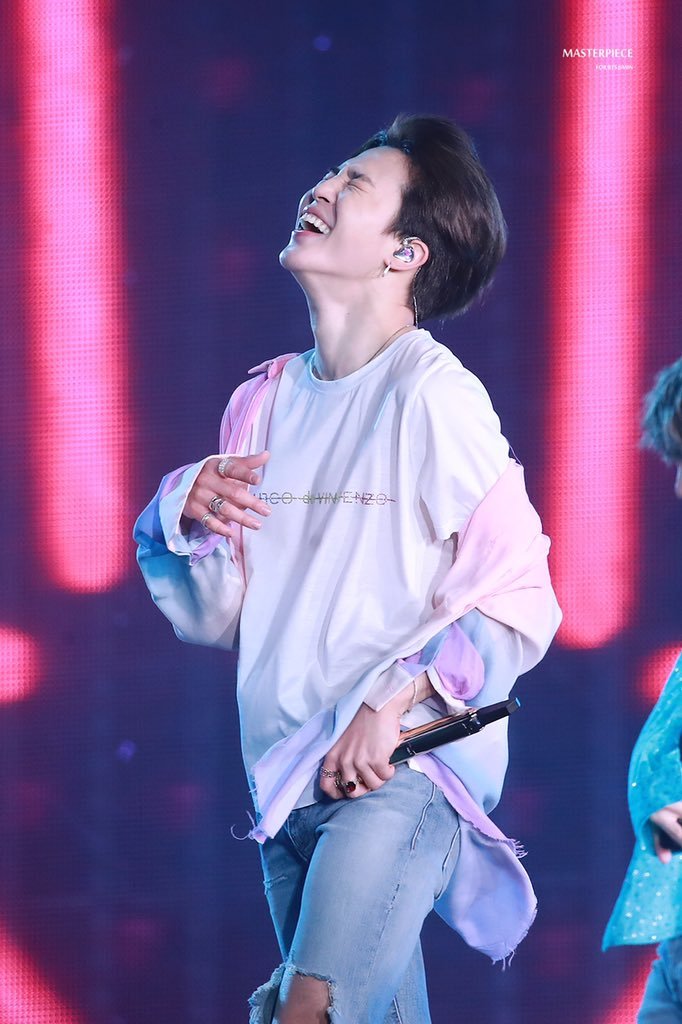 i’m sure this one’s been said but when i first saw this pic as a baby army i thought jimin had like. dated yoongi’s sister at one point or something. #ArmyConfessionTime pic.twitter.com/40Hmk2gFDJ

Fact: Suga doesn’t have a sister, but he did dress up as “Min Yoonji” for a skit on Run BTS!

My confession is really gonna be different.. ok so when I first saw BTS & Bang Pd Nim I really thought Jimin is son of Bang Pd Nim. hahahaha#ArmyConfessionTime pic.twitter.com/cXU7diAUNB

Fact: Bang Si Hyuk takes amazing care of BTS, just like a father would, but he isn’t related to any of the members.

When I became ARMY, I thought that Jimin was the youngest in the group#ArmyConfessionTime pic.twitter.com/7CTDlqWeWP

Before becoming an ARMY, I couldn't tell the difference between Jimin and SUGA ???? #ArmyConfessionTime pic.twitter.com/MuchRApI3f

5. He’s the most “innocent” member

I used to think Park Jimin was the most innocent member ????little did i know#ArmyConfessionTime pic.twitter.com/3T0bwsRjQY

Fact: Jimin has a wild side that ARMYs know and love!

When I was first into BTS, in Blood, sweat and tears performance I thought Jimin was the only main guy and that the rest are backup dancers ????????????????#ArmyConfessionTime pic.twitter.com/36NYAkz6tP

Fact: Jimin shone during the “Blood, Sweat & Tears”, but these handsome “backup dancers” are his members.

7. His Weverse selfies are for you and you alone

When weverse was introduced and I installed it,, I remember firstly Jimin posted an annyonghaseyo & then a "I'll often upload music here" or something. But then later I got a moment notif, Jimin selca, I SCREAMED thinking he send it personally to me #ArmyConfessionTime

Fact: We all wish this was true.

I thought that Jimin invented the "throw it back" or "throwing it back" dance. ????#ArmyConfessionTime pic.twitter.com/eBtHx6H0kA

Fact: He didn’t invent it, but he definitely made it his own!

Fact: “Vmin” is a combination of V and Jimin’s names.

Fact: This illusion was very convincing!

For more, check out fans’ “incorrect facts” about Jin here, Jungkook here, and V below:

BTS Fans Confess The Funniest Misconceptions They Had About V