Hanbok designer Kim Rieul recently released an official statement to address the canceled auction of a modern hanbok that BTS’s Jimin wore. Originally, over a week ago, the designer was criticized for selling the garment with the description that Jimin’s body odor would be intact.

In the statement posted on his Instagram, Kim Rieul revealed that the auction was canceled due to HYBE‘s request as well as other factors, including protests from fans.

He continued to explain the situation in an Instagram story. The story reads as follows:

As a citizen of South Korea, I felt great pride witnessing BTS making our country known throughout the world.

Additionally, as a designer for the past 6 years, I have created over 300 pieces of hanbok. These were made for anyone who wished to represent Korea, whether they were famous or not. I made each piece paying for all of the costs out of my own pocket and not being paid in return.

I wanted to participate in the recent auction considering recently, the Chinese have been arguing that hanbok belonged to them. Around the same time, one of Korea’s most representative fine art auctions, My Art Auction, provided me with a good opportunity. I hoped that this event would be meaningful in more ways than just the simple act of auctioning a hanbok.

Unfortunately, the auction has been cancelled. However, I promise to continue greeting you all with good hanbok designs in the future. 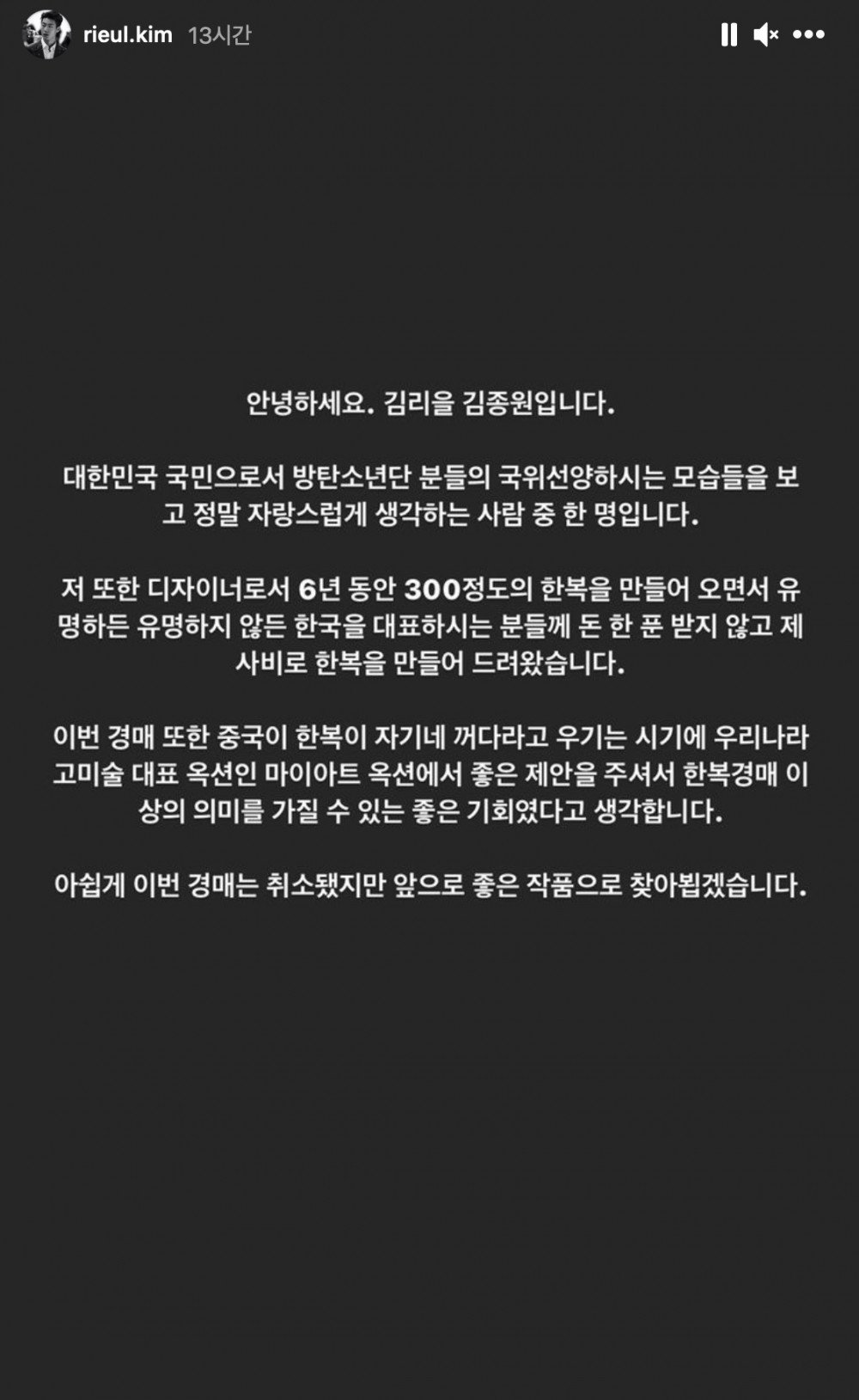