Jin is a member of BTS, but he’s also a true ARMY at heart!

Fans say you should stan a group who stans you back, and BTS is definitely that kind of group. Not only do they give ARMY lots of love and attention, they also know all about their fandom’s culture. From inside jokes to memes, the members know what’s up, especially on Weverse. 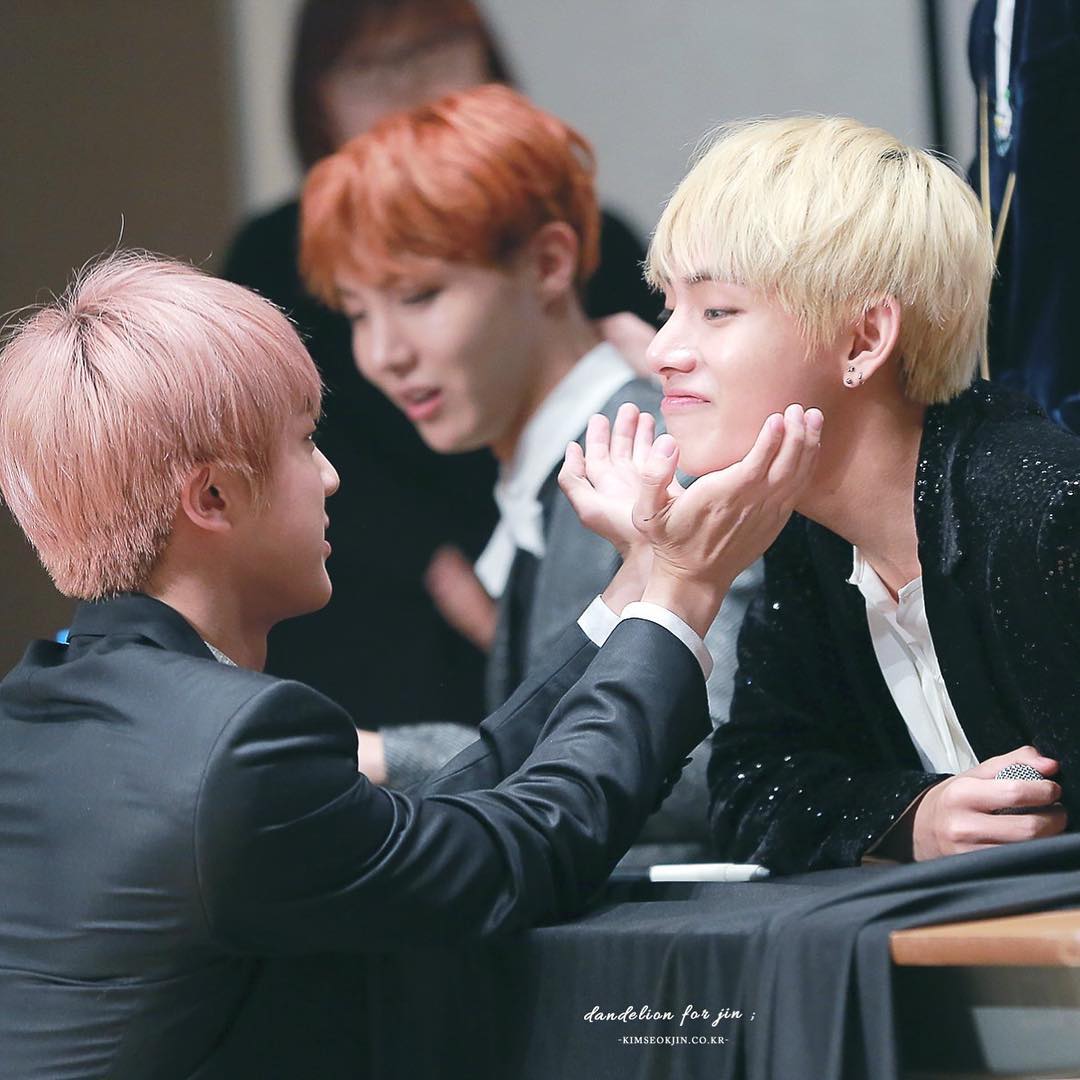 On August 27, an 18-year-old ARMY asked her fellow fans their ages and why they started stanning BTS. 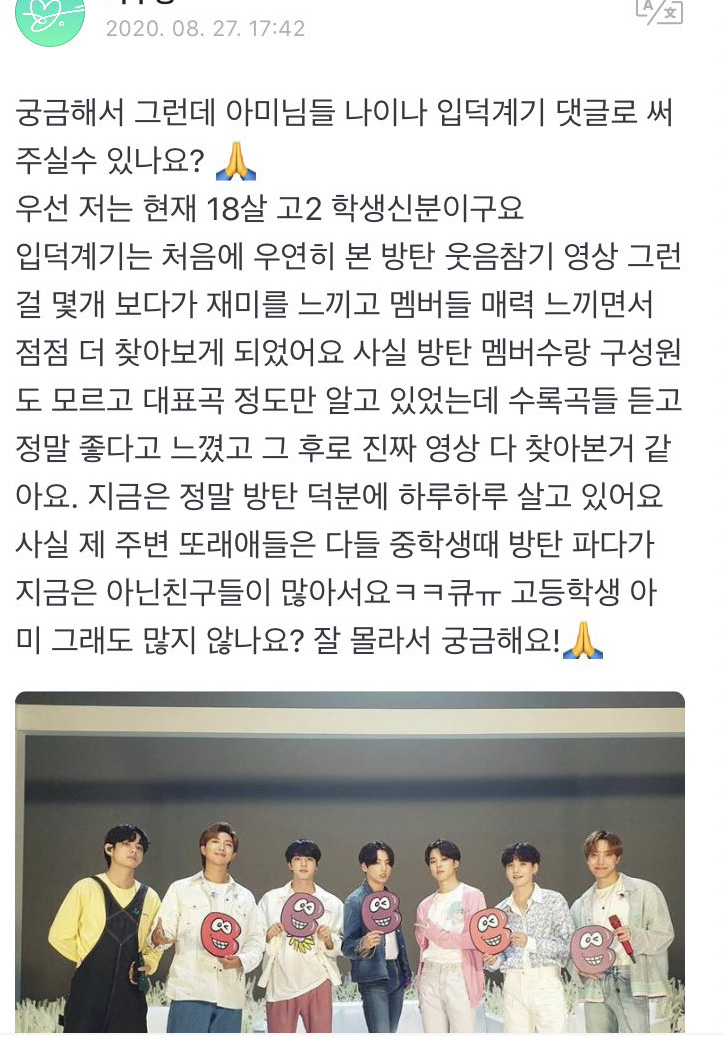 She probably wasn’t expecting to get a reply from a 29-year-old (Korean age) ARMY named Kim Seokjin! 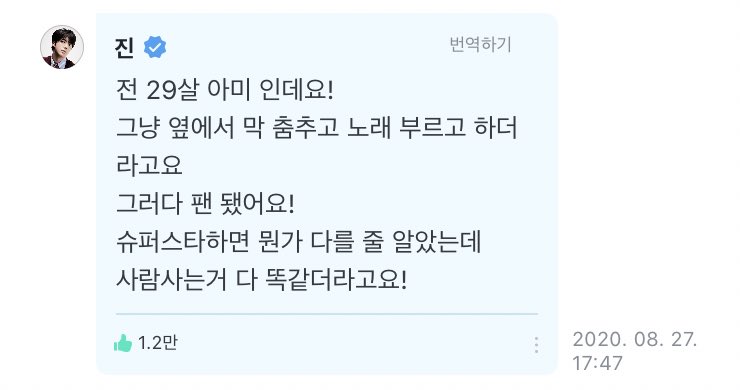 I’m a 29-year-old ARMY! [BTS] were singing and dancing next to me, so I ended up becoming their fan! I thought they might be different because they’re superstars, but they’re just like everyone else!

Jin stans his talented yet down-to-earth members, but the question is… 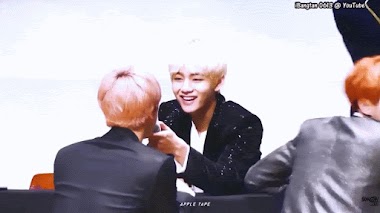 …do they stan him back? 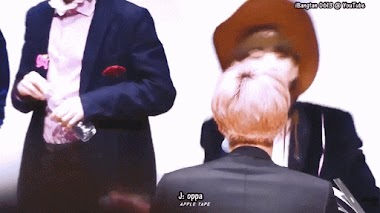 (Answer: Of course they do!) 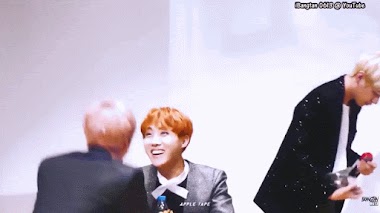