Recently, BTS’s Jin showed off his great cooking skills in the most recent episode of Run BTS!

For this episode, the group divided into two teams to battle each other with a different dish that used K-ham to help pork farmers.

The special judge for the competition was none other than popular chef and TV personality Baek Jong Won!

Jin, who is known for his love for eating and cooking food, has done many contents regarding this, including his Eat Jin series.

He was also one of the main members to cook for everyone on their JTBC reality program In The SOOP. 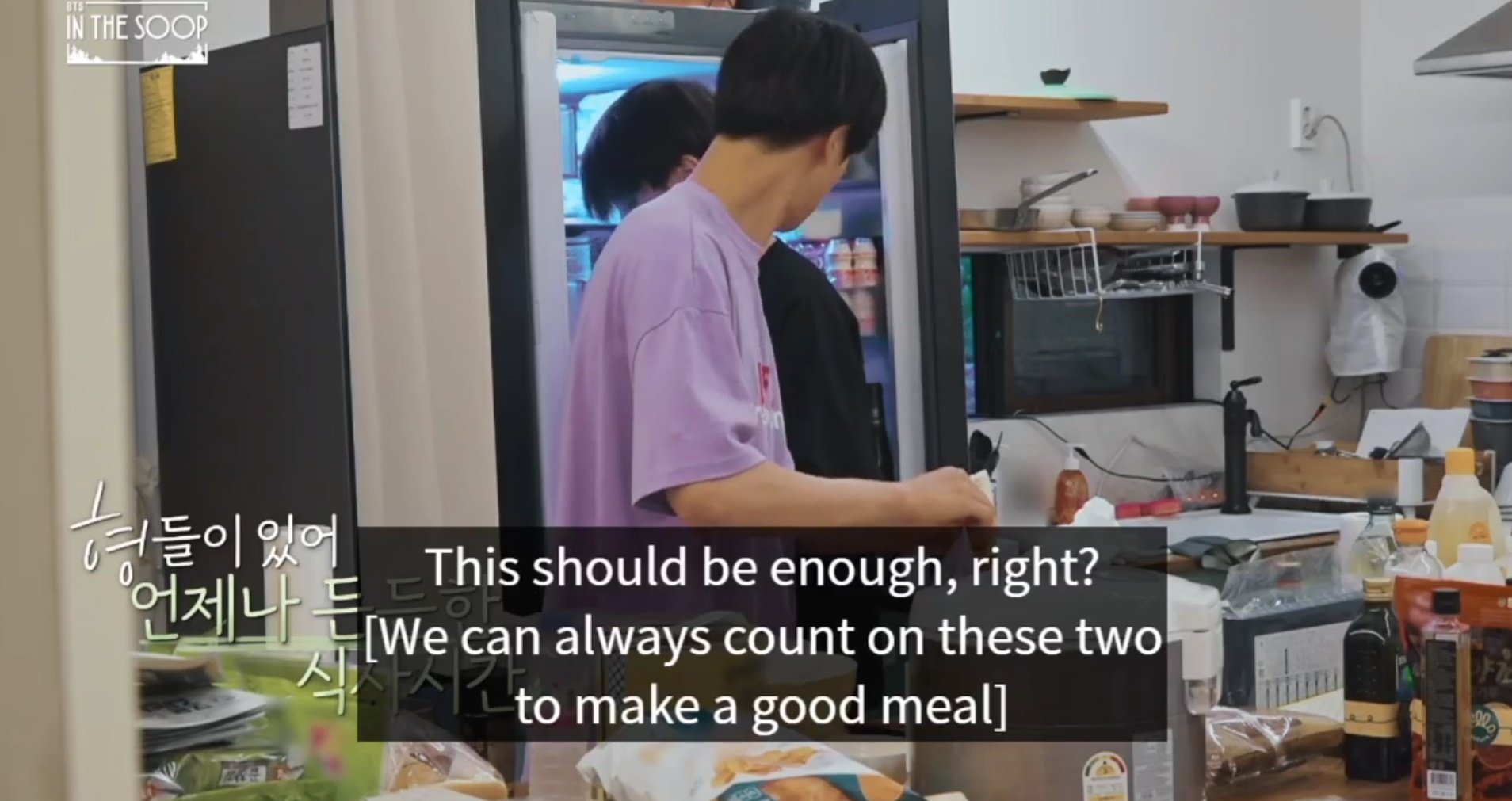 While Jin was busy preparing their dish, Baek reminded him, “Put the sausage and ham into the boiling water so that the flavor can come out.”

To this, Jin confidently responds with, “I know. I’m Mr. Baek’s best apprentice!”

Confused, Baek replied, “Who told you that you are my best apprentice?”

After Jin carefully plated the sausage and ham into the bowl alongside the egg and noodles, the dish was finally complete.

After seeing his dish, Baek commented, “The decoration for this dish is close to 10,000 points.”

Fans had a fun time watching these two joke around with one another, showing just how close they are in real life!