The only one trolls BTS harder than BTS is ARMY — and they’ve done it again! 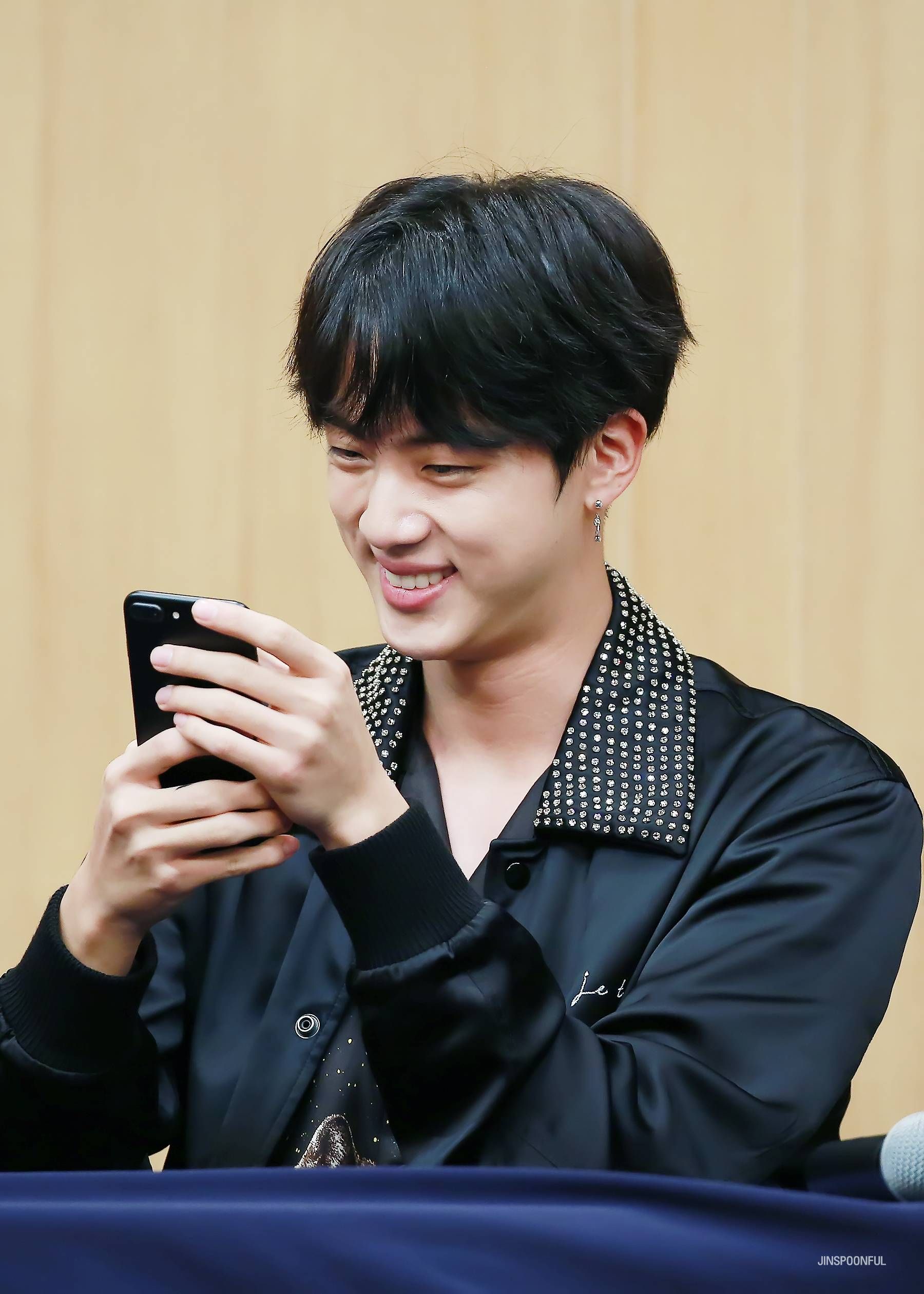 On October 29, BTS tweeted a group snapshot from their House of BTS visit. The caption says, “The reason that we’re able to smile brightly is because ARMY made us happy.”

In the photo, Jungkook dares to block Jin’s face, but Worldwide Handsome couldn’t be stopped; he photobombed himself! 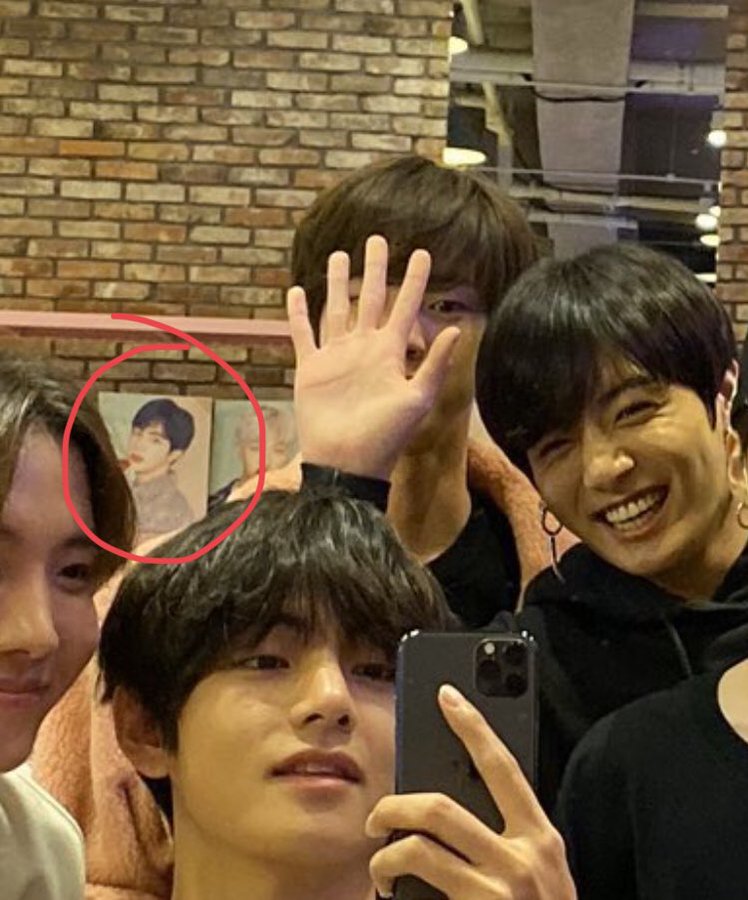 Now, Jin’s extra fans (self-named “Seokjinnies” or “Jin cult”) are taking this joke one step further by pasting Jin’s face on everyone and everything!

Most of these leJINdary edits use this photo from BTS’s post-concert dinner party. 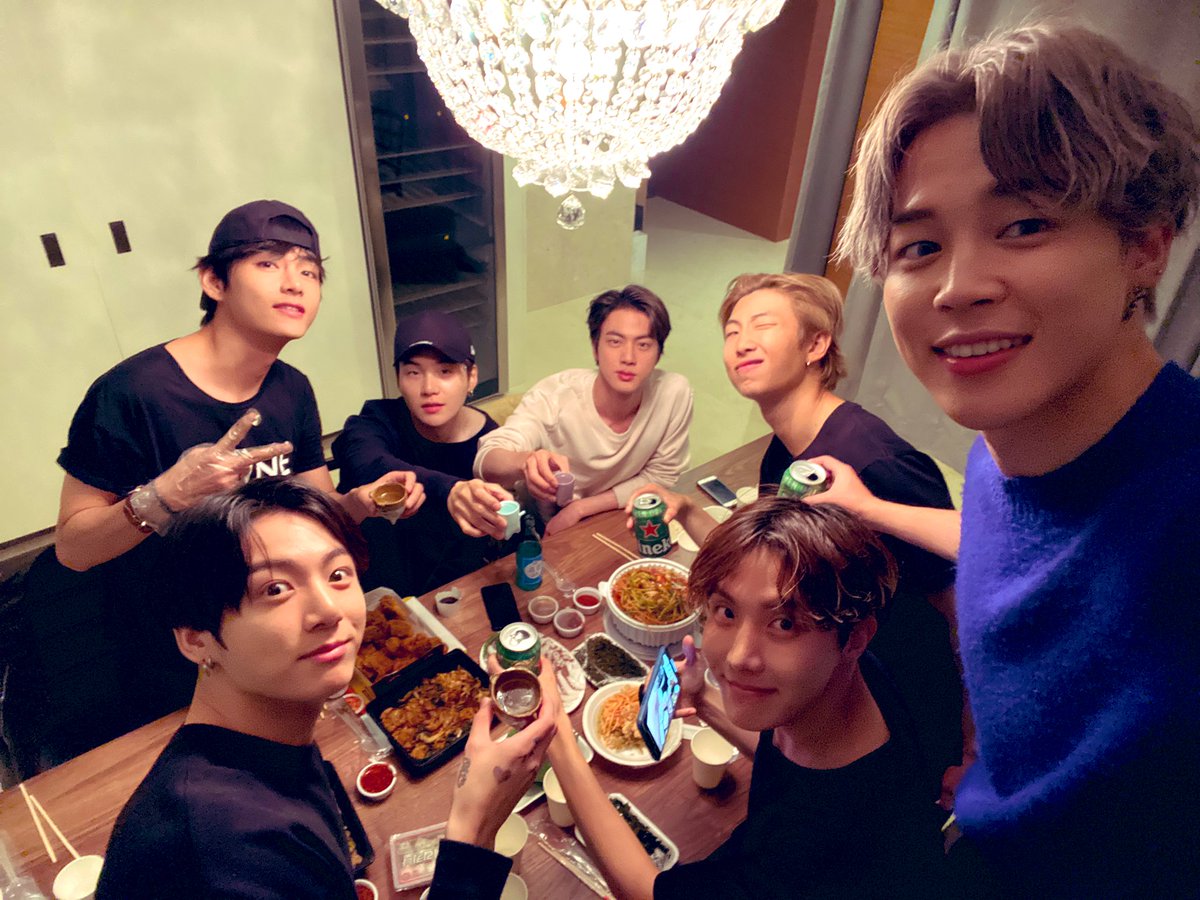 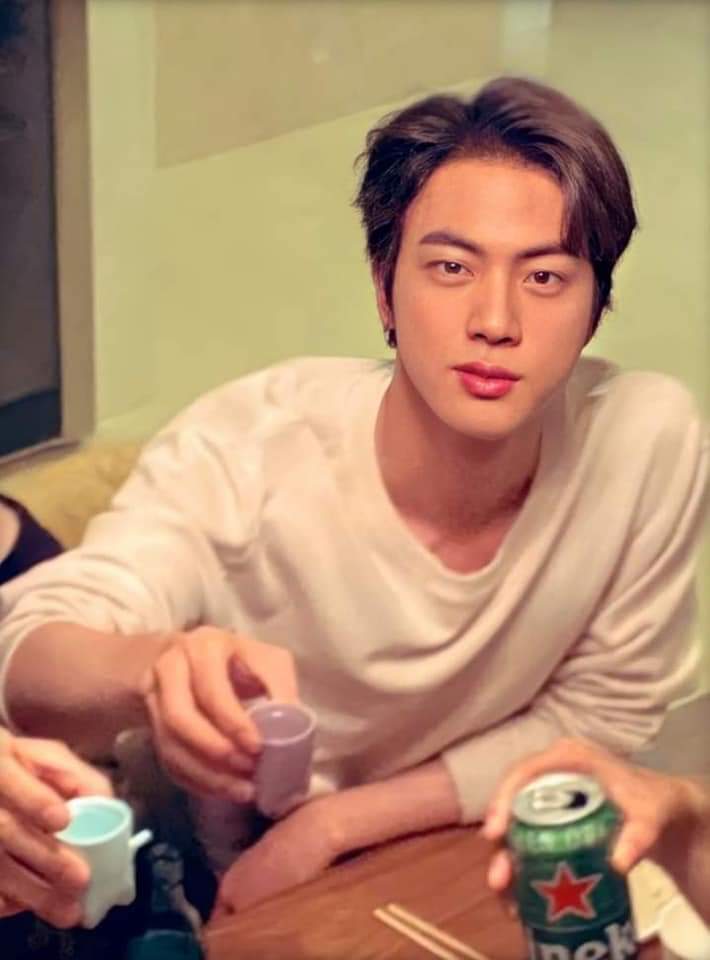 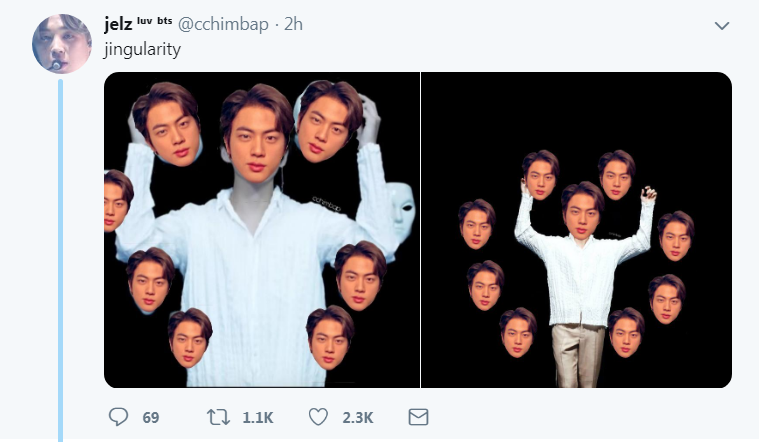 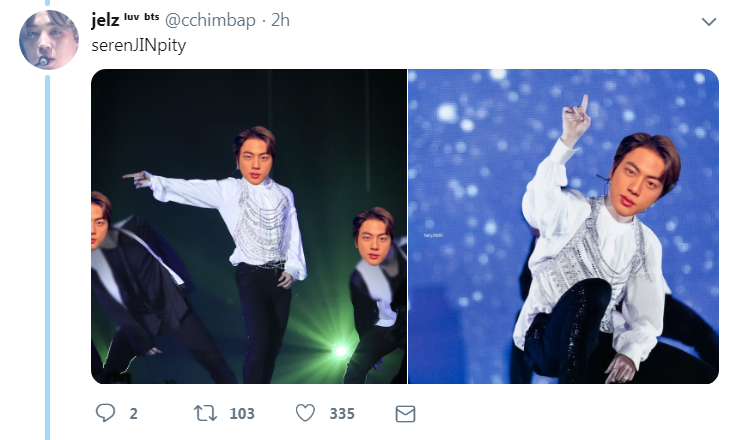 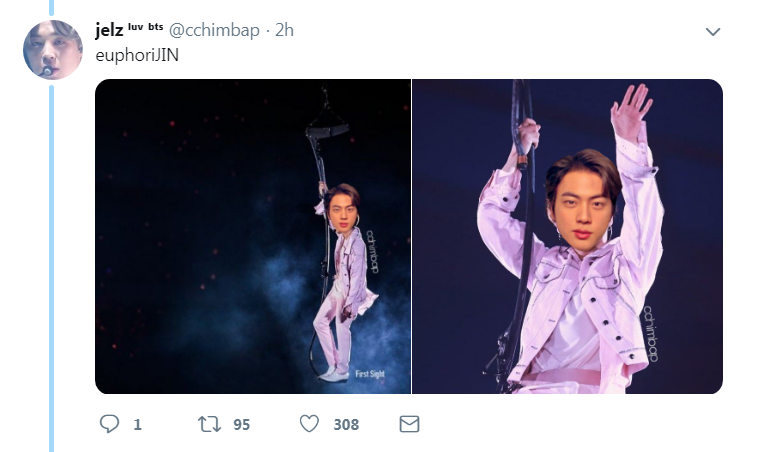 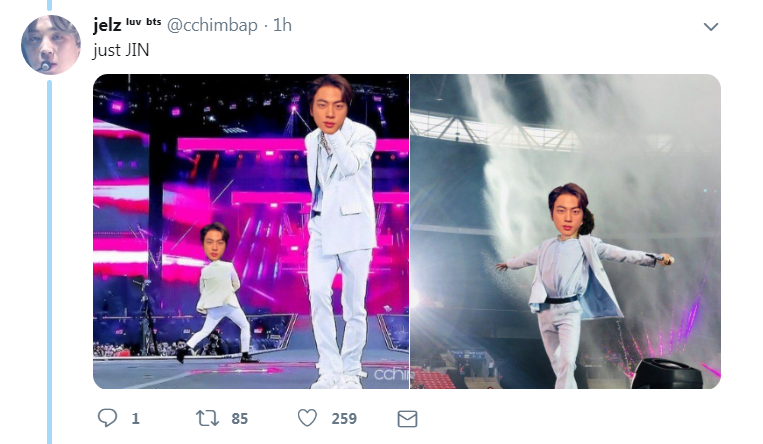 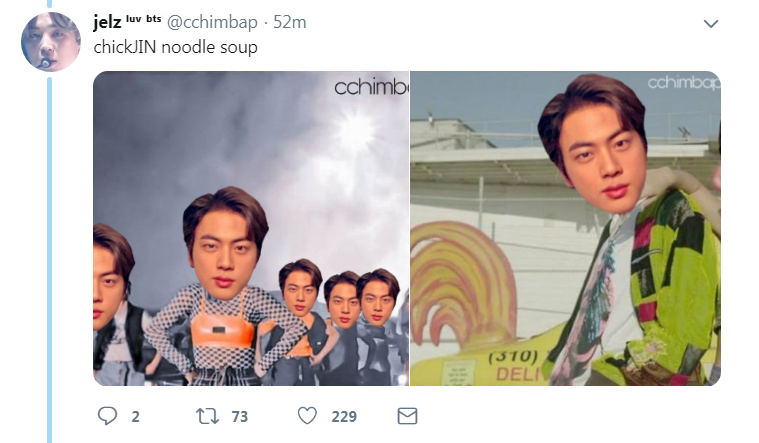 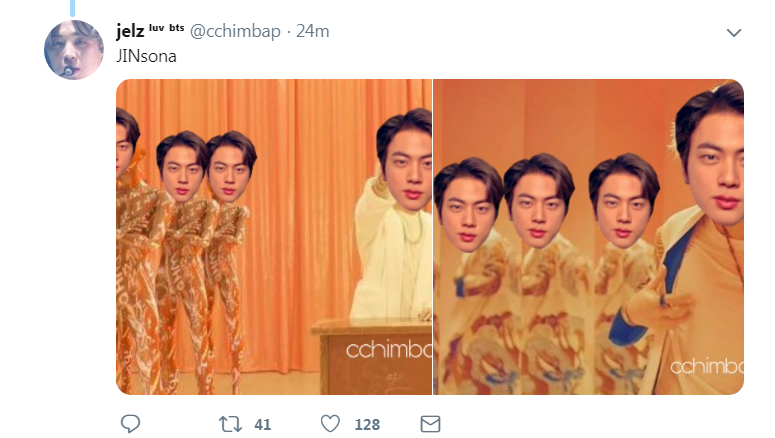 …and these gigantic ARMY bombs.

house of kim seokjin ???? (took 30mins to do this but anything for the jin cult amirite) pic.twitter.com/BuynOFBX5Y 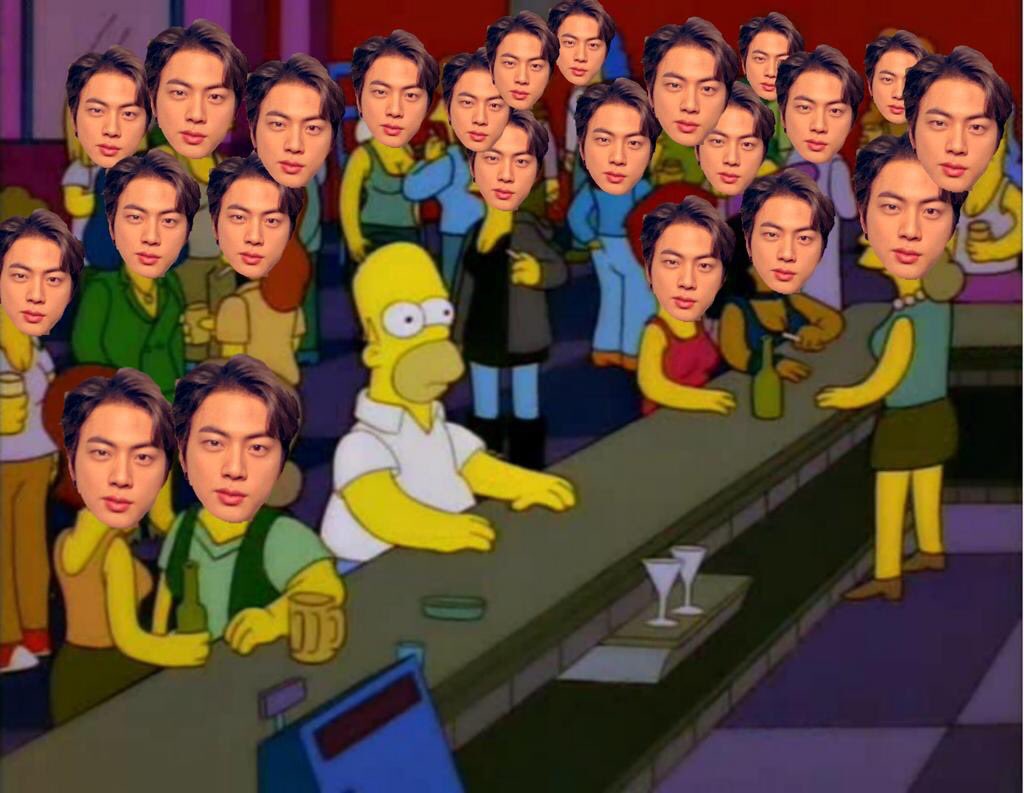 How much Jin is too much Jin?

-,' use this as an icon and header pic.twitter.com/RJp1WouYIG

There’s no such thing! 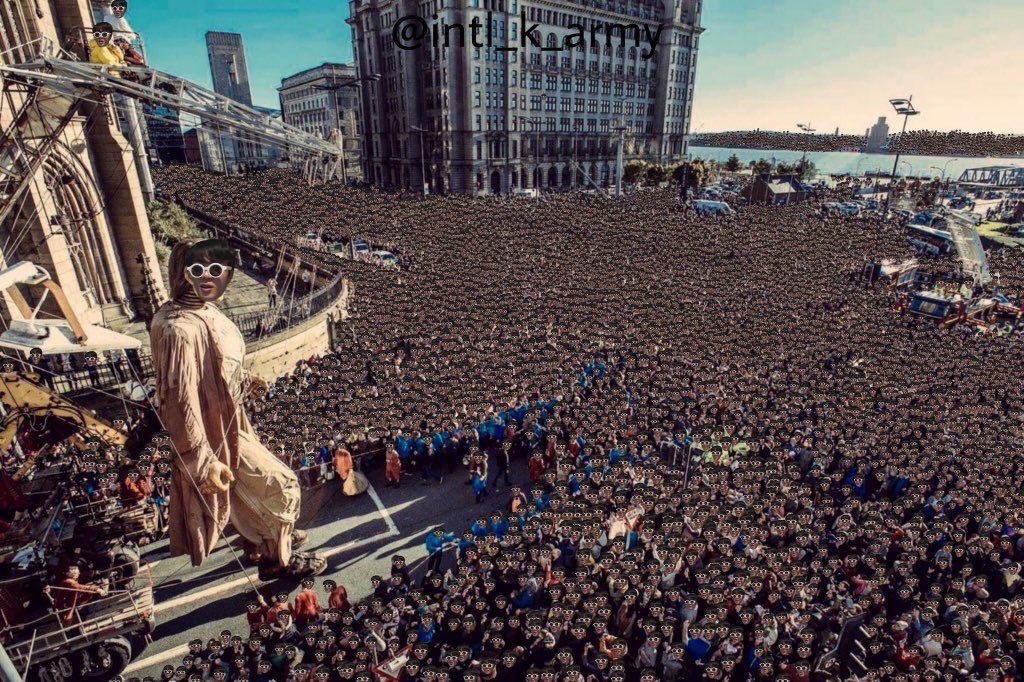 “Jin cult” is so extra that they even appeared on national television!

BTS Jin’s Fans Made The News For Being Extra AF