Whatever BTS‘s Jin wants, he gets! 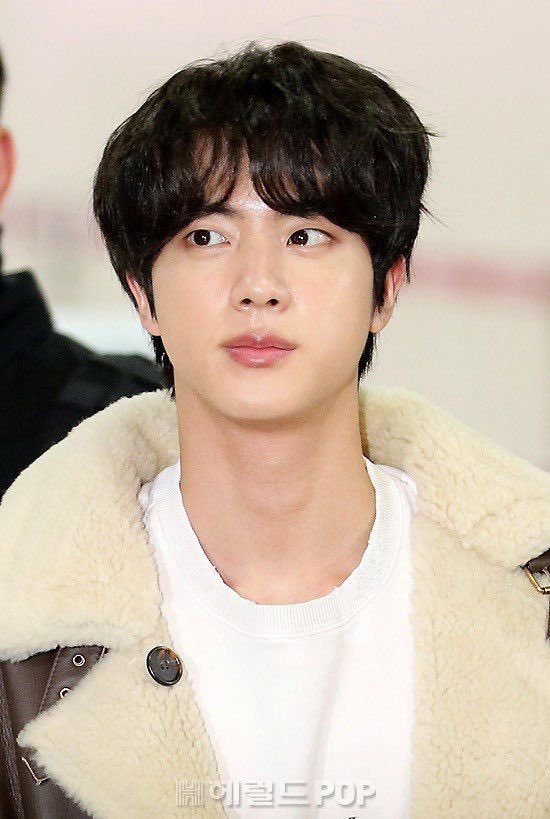 Recently, a fan posted that handsome photo of Jin (taken just before BTS flew to Japan) on Weverse. “Seokjin-oppa, why haven’t you gotten an award for perfect attendance?“, they asked, since Jin is on Weverse nearly every day.

Well, that wouldn’t do. ARMY had to set things right! So, one creative fan whipped up a perfect attendance certificate, just for Jin. It says, “For his excellent attendance record on BTS Weverse and his always-cheerful willingness to spend quality time with ARMY” – Presented on November 22, 2019”. 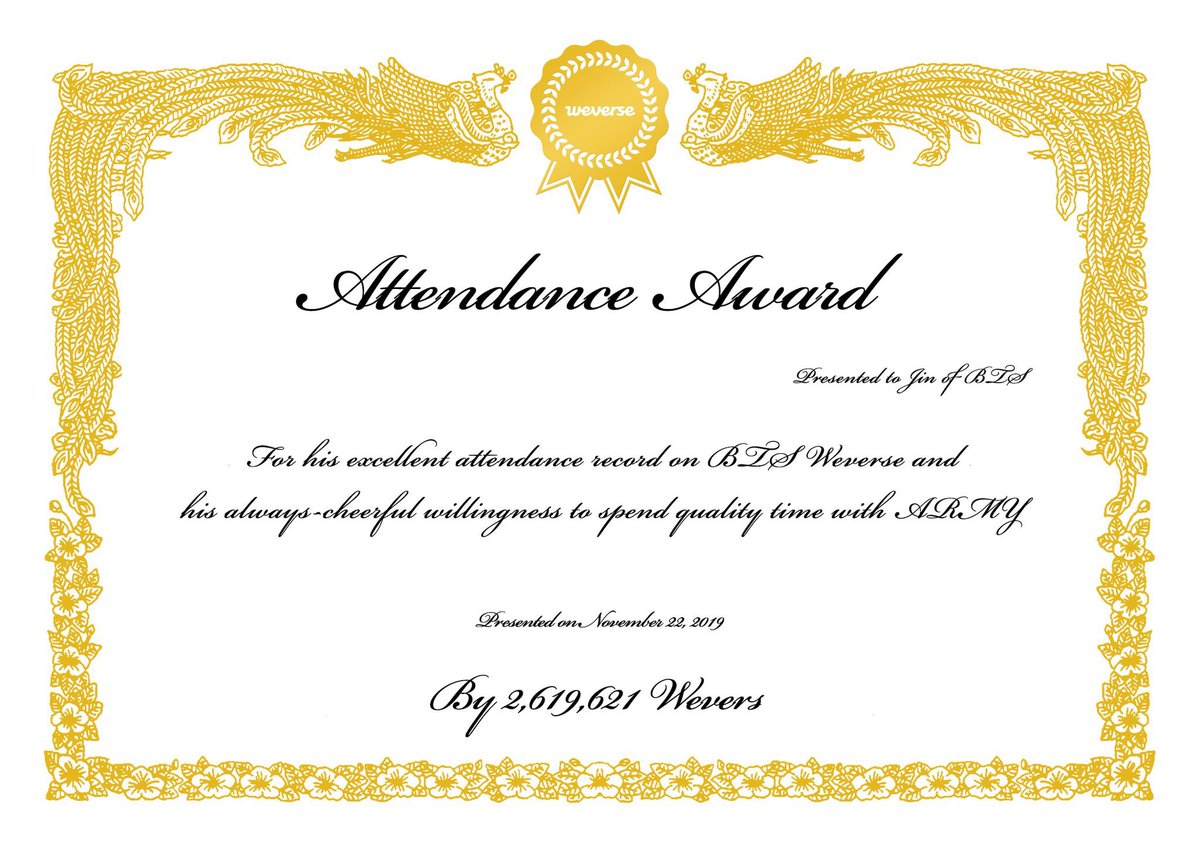 In reply, Jin reacted as only Jin would. “Give me the prize money,” he said. Apparently, an award is meaningless without cash!

If there’s another member who deserves recognition for his Weverse achievements, it’s V. Find out what he’s been up to lately here: