BTS continued their heated debates and water punishment adventures in Episode 132 of Run BTS! One of the topics that got everyone riled up was about rice grains, of all things! 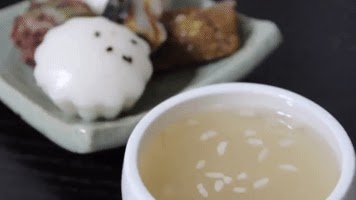 The team of Jin, J-Hope, and V had to defend eating the rice grains in the drink, and Jin used an analogy to explain his side. He insisted that BTS is like sikhye. They shouldn’t be separated because they don’t want anybody to feel left out.

Everyone, we’re one in body and soul, right? If six out of the seven in BTS were to go off somewhere to have fun, leaving one behind, how sad would that one person feel?

Describing how hurt a member would be if he weren’t included in the fun, Jin made his case that all of the ingredients in sikhye should be considered part of a whole.

Sikhye is one in body and soul as well. The two parts to sikhye—the rice grains and the watery part—they are one in body.

Like BTS, if the rice grains and watery parts of sikhye were to be separated, it would feel “extremely sad.”

If they are taken apart, the rice grains of sikhye will feel extremely sad.

Jimin agreed with Jin’s words, adding, “BTS is BTS when all seven members are there!”

Jin and Jimin definitely have a point! BTS is at their strongest when they’re all together. 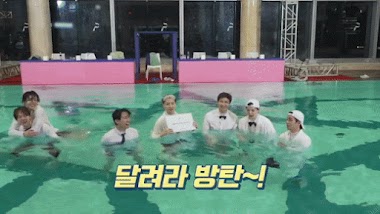