BTS‘s Jungkook made headlines when he dyed his platinum blonde hair blue, but his new ‘do might not be what it seems!

In 2015, a dress went viral when people began disagreeing about its color. Some viewers saw the dress as blue and black, but others insisted it was white and gold. Now, BTS fans are having their own color discussion about Jungkook’s “blue” hair.

If you know, you know pic.twitter.com/fBuj5Ud8Z8

According to fans, Jungkook might have used the “snow” filter on his photo, which would make his hair appear blue. In reality, his hair could actually be purple: BTS’s signature color.

all men do is lie. pic.twitter.com/9V6upSQijz

Even Samsung is getting in on the action! 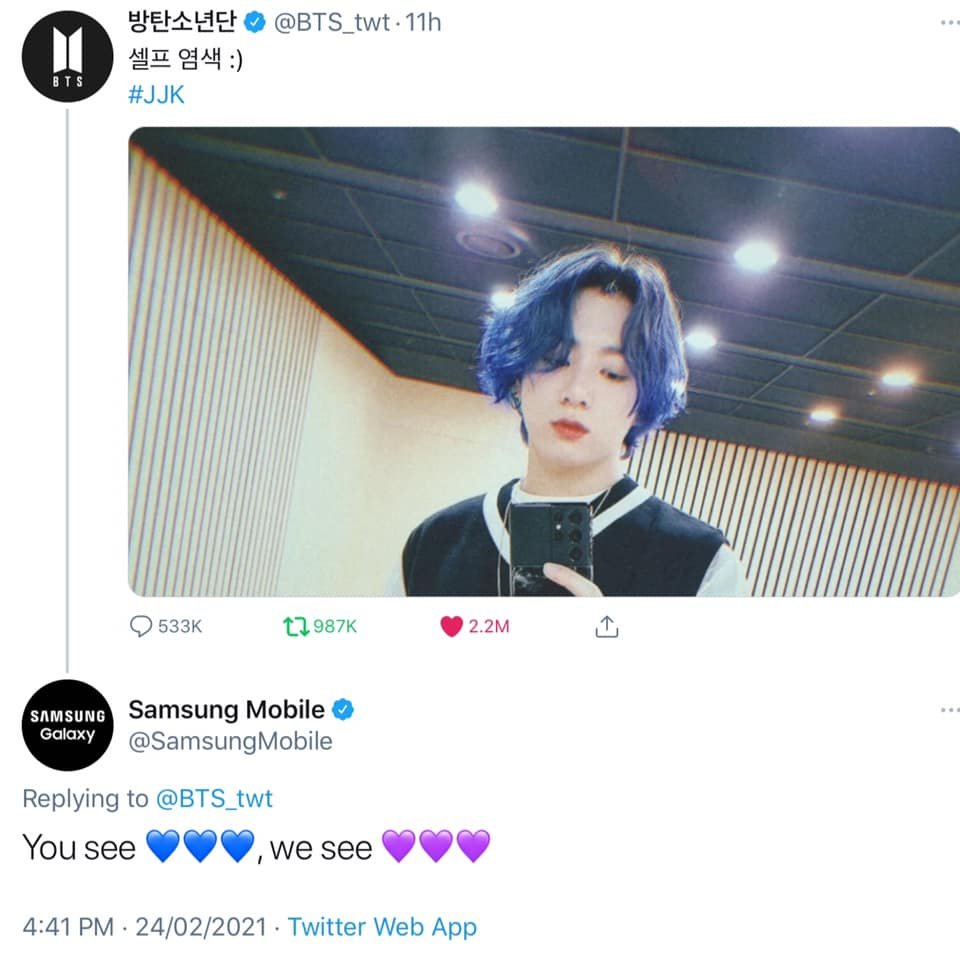 All will be revealed when BTS posts new photos or videos, but until then, are you Team Blue or Team Purple?