BTS’s Jungkook returned with a live stream to meet with fans almost ten days after his previous session. This time, he came prepared with a variety of songs to sing to and held his own karaoke session with fans. 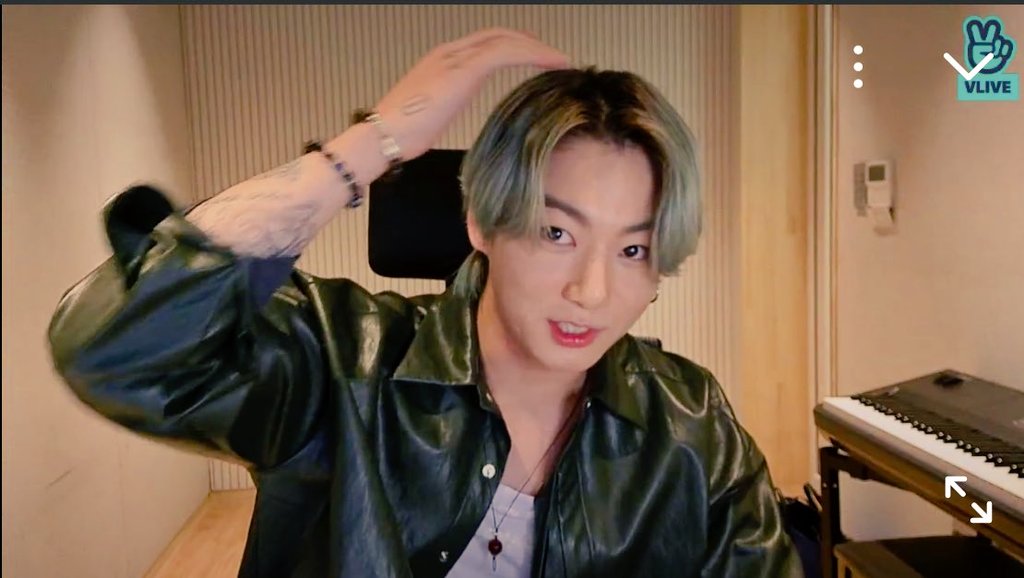 Recently, Jungkook shared a snippet of his version for the bridge part for “Dis-ease” through Weverse. He revealed that he posted it as he felt that fans would enjoy listening to it.

In order to bring some more fun to the live stream, Jungkook began playing and singing different songs from other member solo tracks, tracks from their newest albums, as well as other pop songs.

Jungkook starts out with J-Hope‘s newest release, giving fans a different take on the song.

He moves on to Jin‘s track which was released on his birthday last year. Jungkook is seen grooving to the song as he sings it with his signature style.

Fans couldn’t help but get excited as Jungkook also sang the rap portion of the song, bringing out rapper Kook!

Fans were swooning over his smooth vocals for this one!

He continued to melt fans’ hearts with his vocals.

Put Jungkook’s vocals together with English and you’ve got yourself pure butter baby!

He also hummed along a bit to V‘s solo track as well!

Jungkook couldn’t help but dance along to Jin’s “Moon”!

With a karaoke session like this, fans can’t help but anticipate a Jungkook mix tape release soon!

He also broke his own record for the most views with 22.1 million viewers, breaking his previous record of 13.56 viewers!