Jungkook originally attended Baekyang Elementary and Middle School in Busan, his hometown. When he joined Big Hit Entertainment as a trainee at just 13 years old, he transferred to Singu Middle School in Seoul. 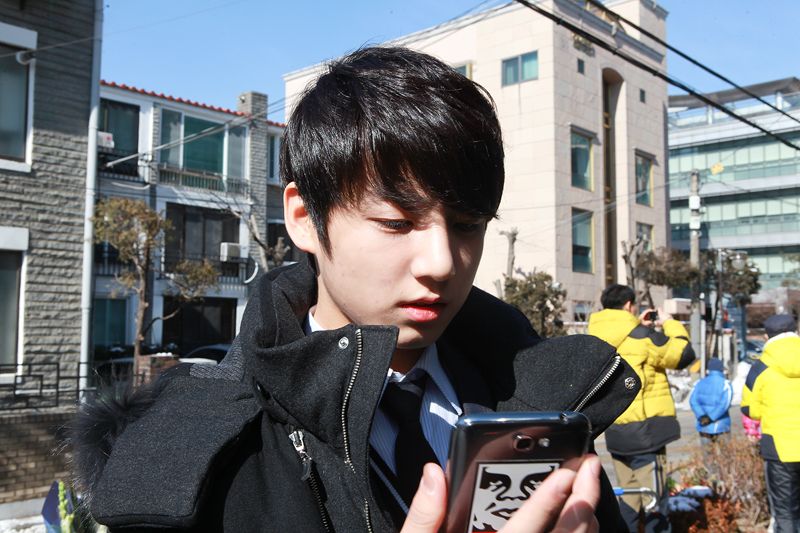 As the only member with a driver’s license before debuting, Jin used to drive Jungkook to school back then. 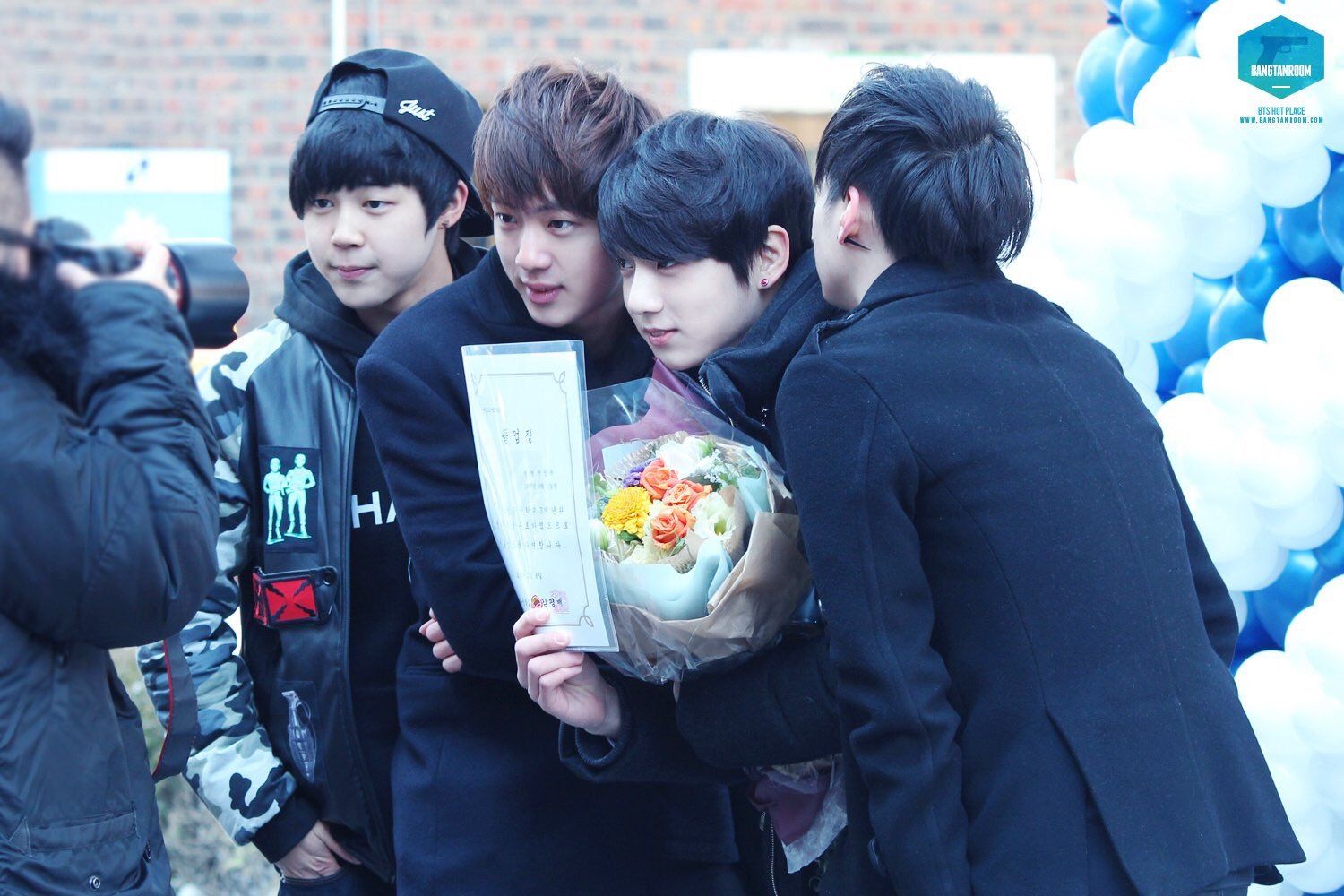 Jin is the adult next to the kids ㅠㅠ I’m curious how does Jin feel when he sees the kids grow up well? ㅠㅠ

Since BTS became active on social media and began releasing collaborations and covers before they debuted in June 2013, Jungkook started attracting attention from the public while he was still in middle school. 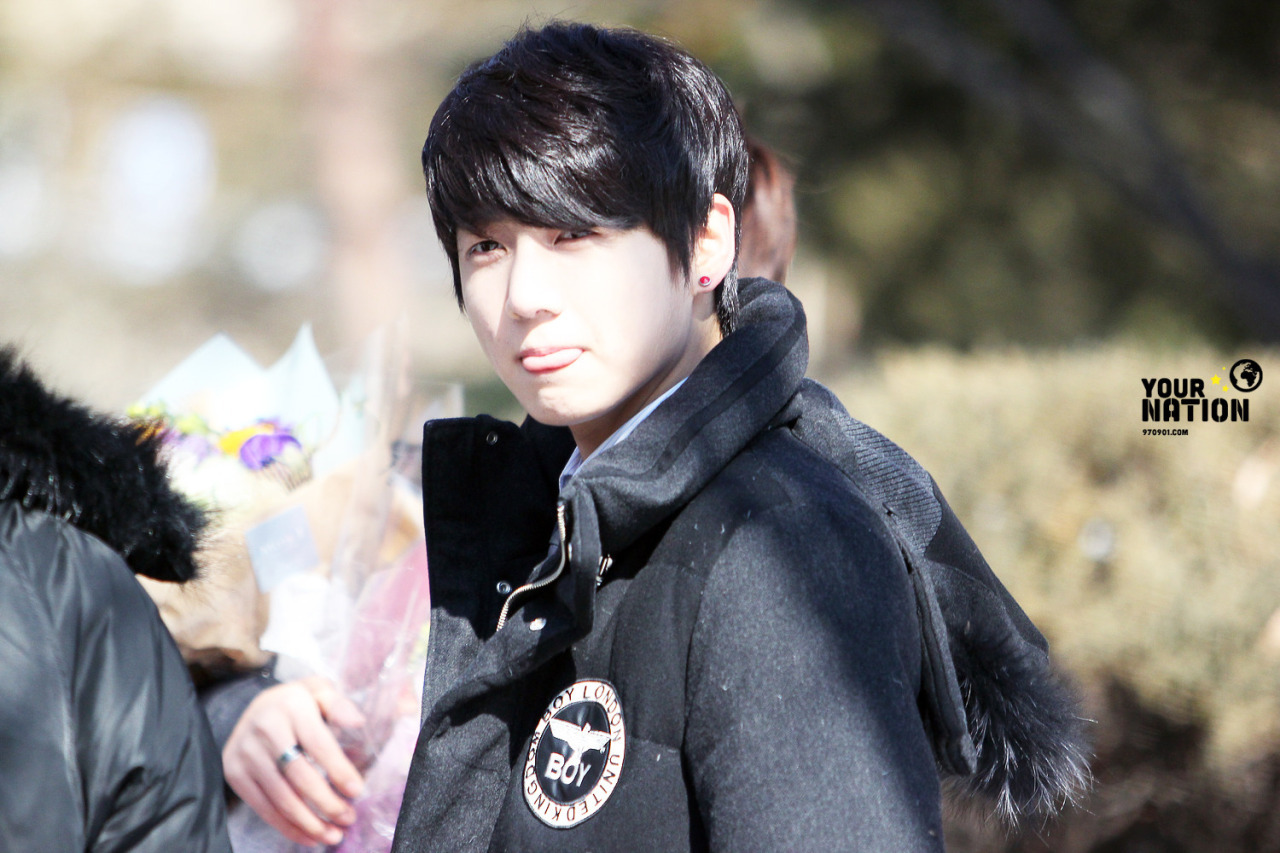 That likely explains why he had fansite photographers in attendance at his middle school graduation ceremony on February 8, 2013. 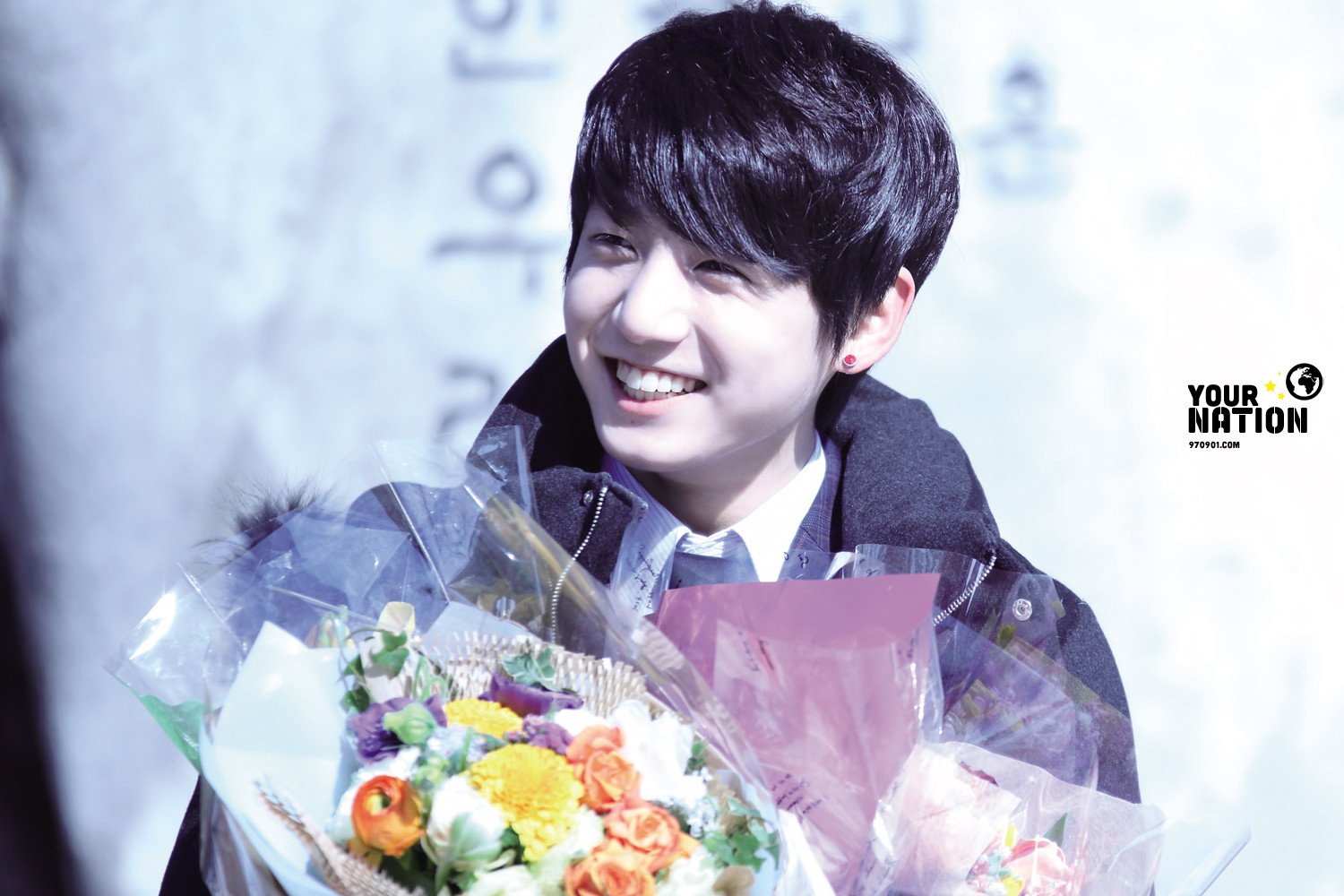 Jin, Jimin, and Suga all showed up to support the maknae on his special day. And while 15-year-old Jungkook looked exceptionally young, the rest of their group were adorably baby-faced back then too. 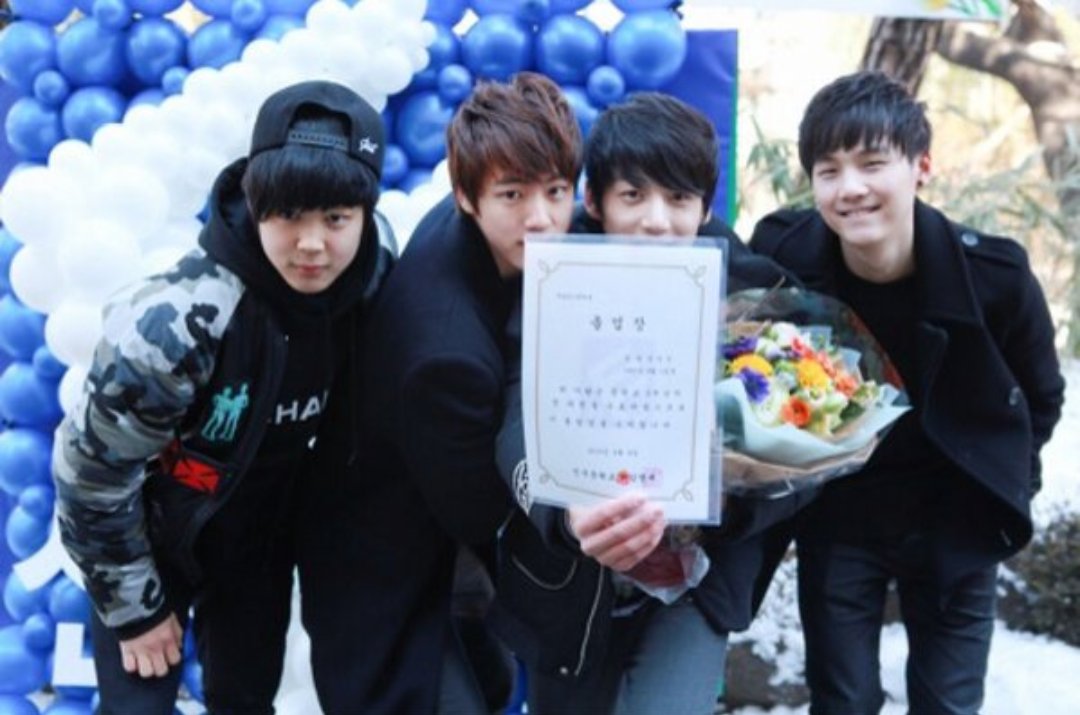 Jin and Suga even looked like babies at the time…. They were so adorable…

But what’s up with Jimin? He looked so young. How old was he at that time?

On the day he graduated, Jungkook recorded a vlog where he shared his true feelings with pre-debut fans. While he expected to feel happy upon graduating, Jungkook revealed that it didn’t feel that great after all. He also shared that he missed his parents and wanted to go home; it can’t have been easy for such a young boy to balance formative teenage moments with training to become a worldwide star. 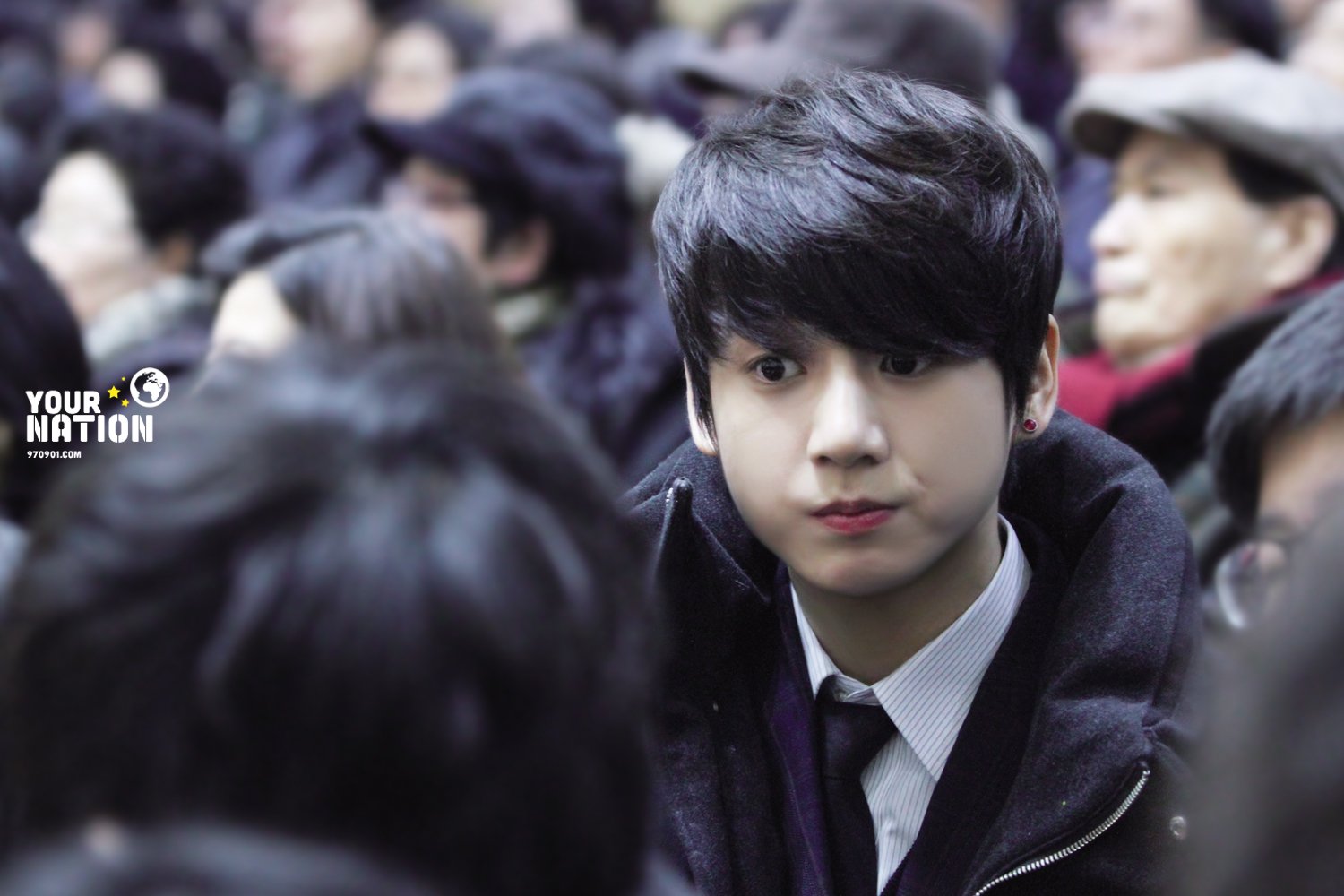 While Jungkook’s visuals have definitely matured since then, it’s surprising how much his looks have also stayed the same. 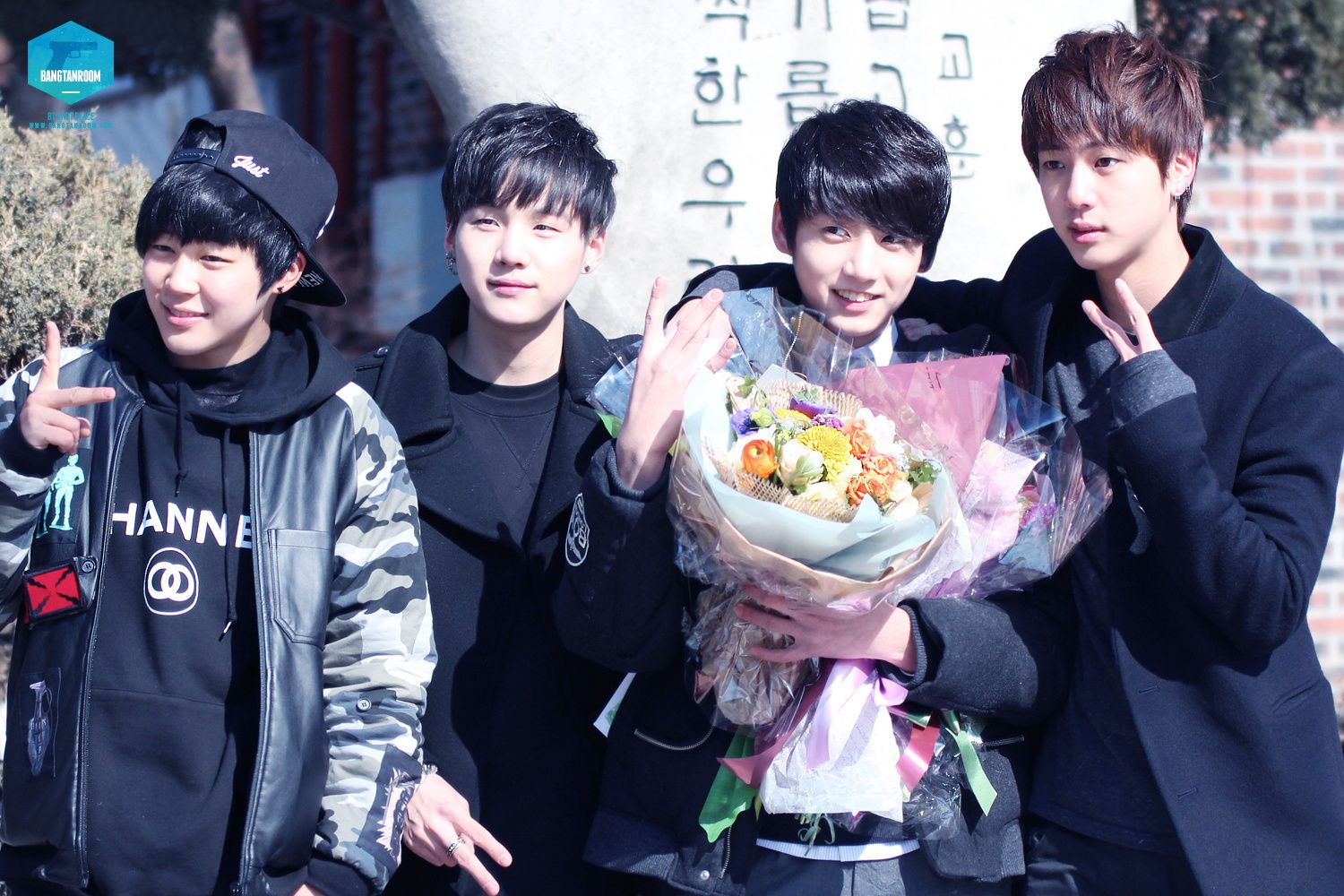 And it’s precious to see how the group’s strong bond goes back almost a decade! 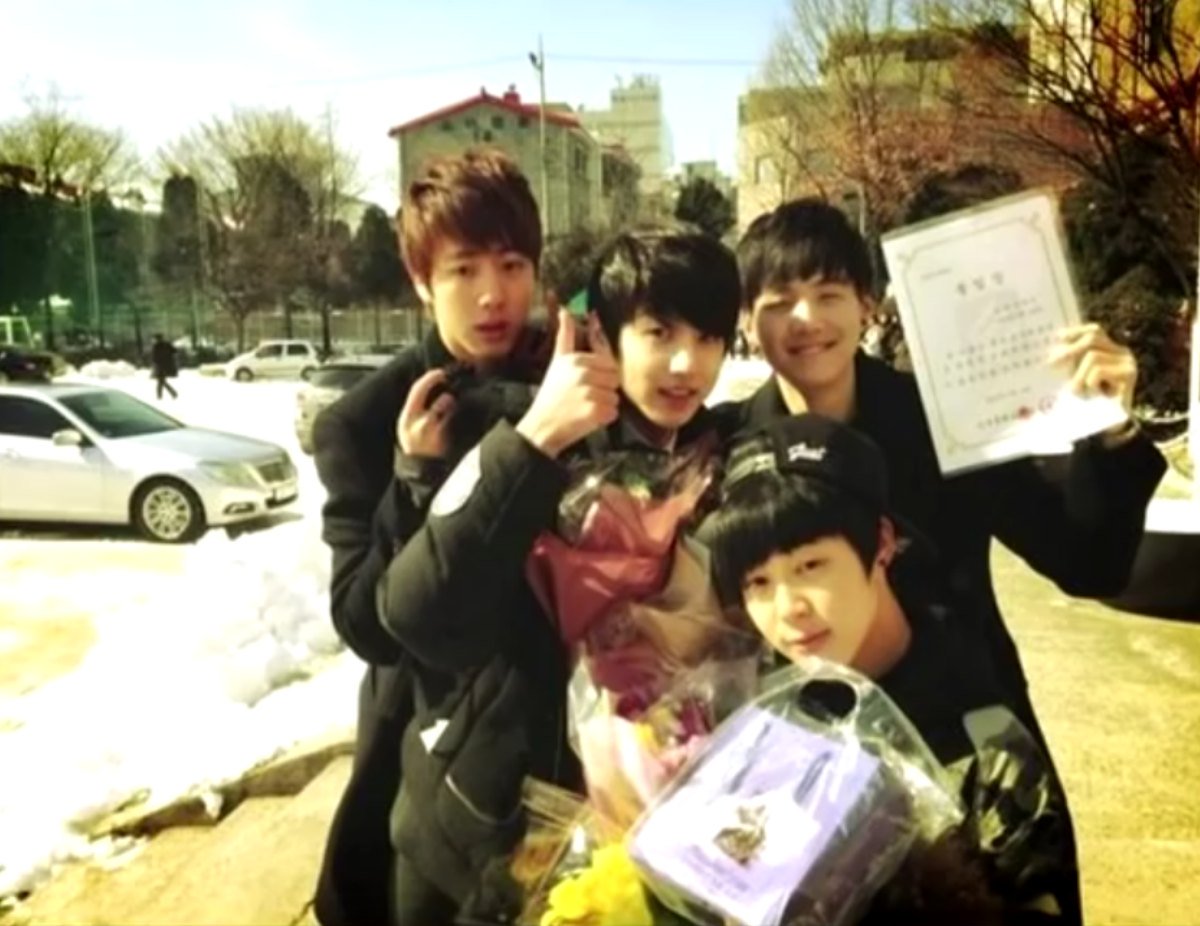