Whenever staff or his own members need a helping hand, BTS‘s Jungkook never leaves someone in the face of danger—no matter how small.

That side of Jungkook reappeared when V stepped into a dangerous spot at the airport.

As the group stopped for photos, V walked right onto a shiny part of the sidewalk. Jungkook followed right behind him, using one of his feet to test how slippery the surface was. 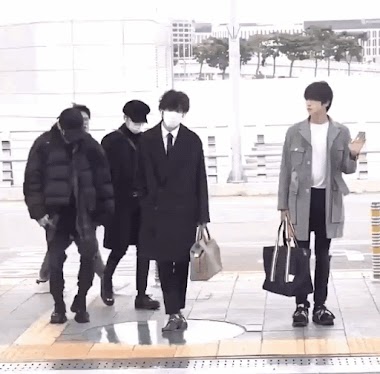 There was an understandable reason Jungkook had been so worried about V’s safety, and it was due to TXT‘s Hueningkai.

Less than a few weeks before, Hueningkai had slipped on that same exact spot and hurt himself. 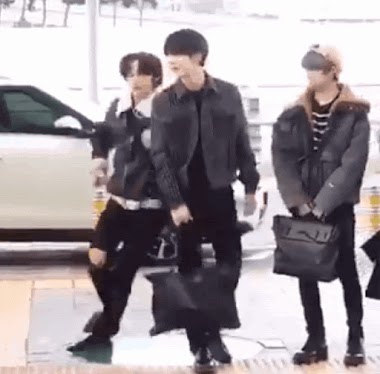 For Jungkook to note that—and make sure V was safe—shows how much he truly cares about his members and their kids TXT. 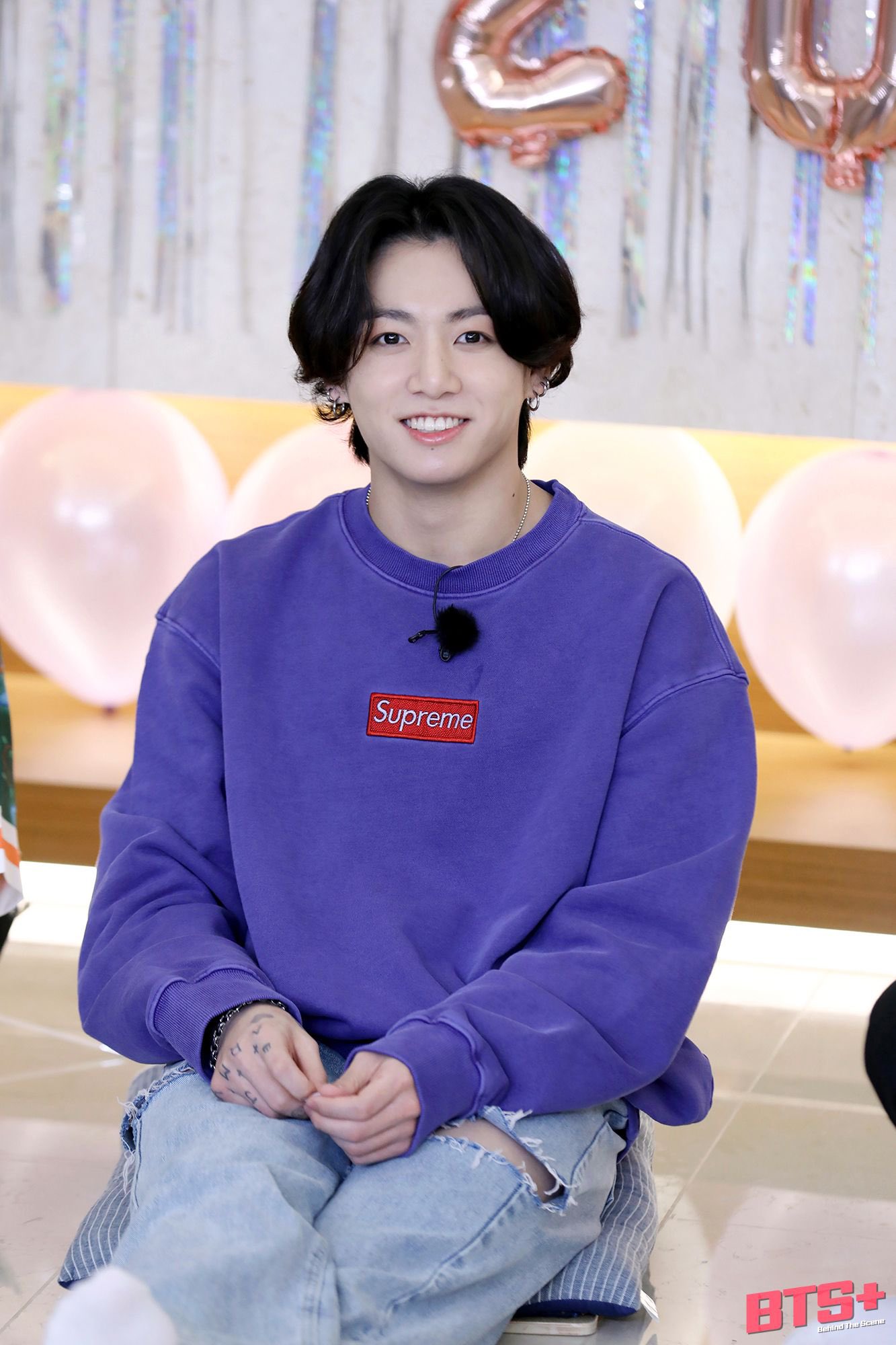 See Jungkook looking out for his hyung by making certain he wouldn’t accidentally hurt himself.