The BTS members can get quite competitive against each other, which was the case in episode 131 of Run BTS! In the episode, the members argued about various topics, which led to a hilarious moment between V and Jungkook.

In the episode, the members were split into teams and debated on various topics, one of which was “soft peach vs. hard peach.” V, who was arguing for hard peaches, brought up their Chilsung Cider CF that features peaches. 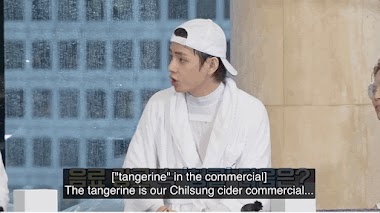 Some peaches bounce in the CF, and V argued that they are hard ones since they bounce around. 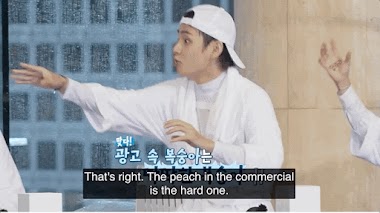 V argued that if they were soft peaches, then they would roll. Jungkook then objected and said that the scenes involving the peaches were CG. 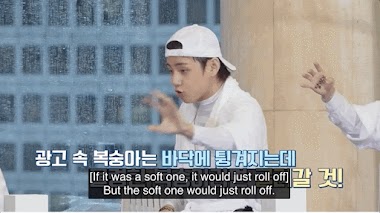 V was “offended” by Jungkook’s statement and jokingly said, “You are now insulting the beautiful scenes of BTS’s commercial.” 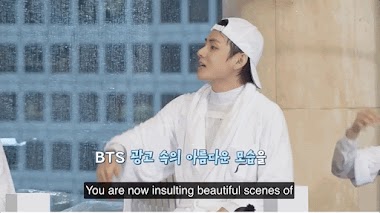 After V said this, J-Hope couldn’t help but laugh! 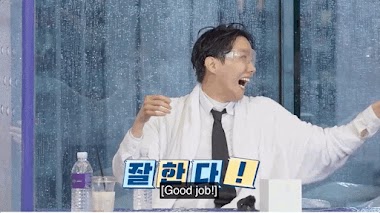 BTS sure do make interesting statements during debates!

Here’s the full CF below!