Cube Entertainment‘s newest girl group LIGHTSUM finally made their debut with “Vanilla” this week, and the song has already racked up millions of views on YouTube. In a new interview with NME, two of LIGHTSUM’s members opened up about finding inspiration and comfort in BTS.

When NME asked the members to reveal which artists inspired them to become idols, everyone had a different answer. Japanese member Hina was inspired by seeing TWICE perform, while Juhyeon modeled herself after BoA. Main vocalist Nayoung, meanwhile, named BTS as her inspiration.

18-year-old Nayoung, who appeared on Produce 48 and ranked no.21 overall, explained that she began training to become an idol when she was in middle school—around the same time BTS’s fame skyrocketed. “After seeing BTS being really synchronized on stage and after feeling that they really worked hard, I also wanted to be an idol like BTS,” said Nayoung. 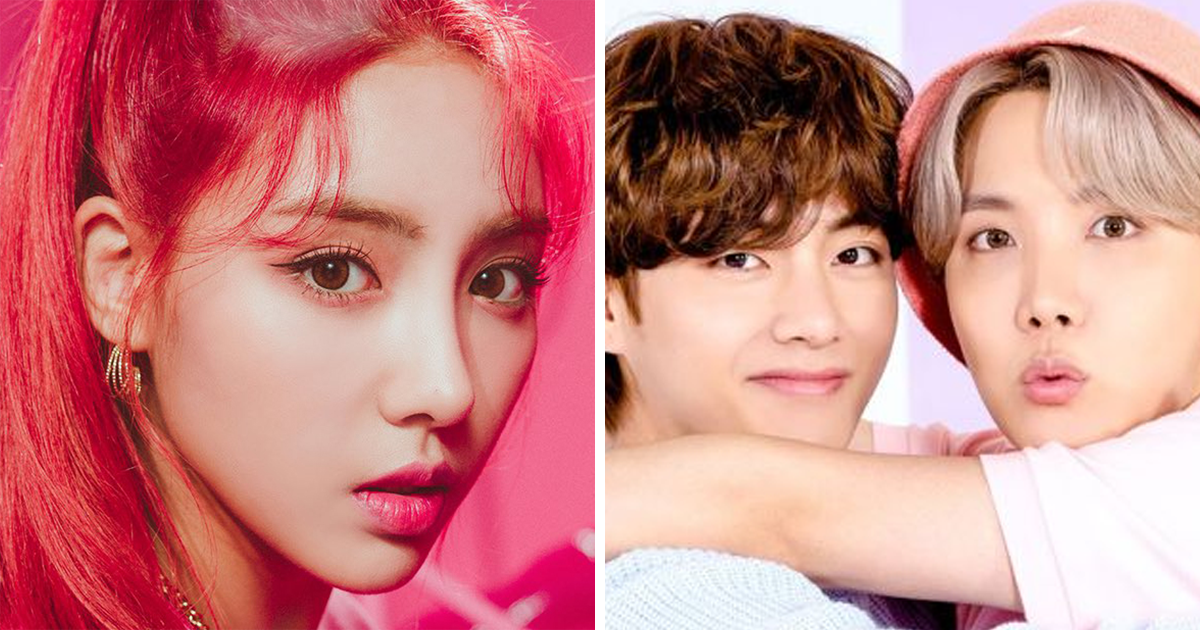 And she isn’t the only LIGHTSUM member with an interest in the group. NME also asked the rookies which artists have had a positive impact on them, and for co-main vocalist Chowon, the answer was BTS. 18-year-old Chowon was also a Produce 48 contestant. Though she ranked 6th in the show’s finale, she failed to make it into IZ*ONE after Mnet fraudulently manipulated her vote count, demoting her to 13th place.

Chowon shared that like Nayoung, she wanted to become like BTS after seeing them. However, the difference is that her connection with the group goes deeper than just inspiration. “Through them, I got a lot of comfort and energy from their songs,” she explained. Chowon went on to say that since BTS express various stories through their music, they have songs that can comfort her in many ways no matter which situation she’s in.

I also want to become an artist where a lot of people listen to my stories and get comfort from it.