BTS has once again made history on the Billboard Chart after becoming the first artist in history to simultaneously claim the World Albums chart’s top four positions.

On April 5, Billboard tweeted that BTS was the first artist in the history of the albums chart to have their albums rank in the top four of the charts at the same time!

.@BTS_twt becomes the first artist in history to claim the entire top 4 positions of the #WorldAlbums chart simultaneously.

Their album Map of the Soul: 7 is at the top spot after returning to the top position last week. BTS’s latest album BE takes second place, followed by a re-entry from Love Yourself: Answer and Love Yourself: Tear, staying strong at number four. 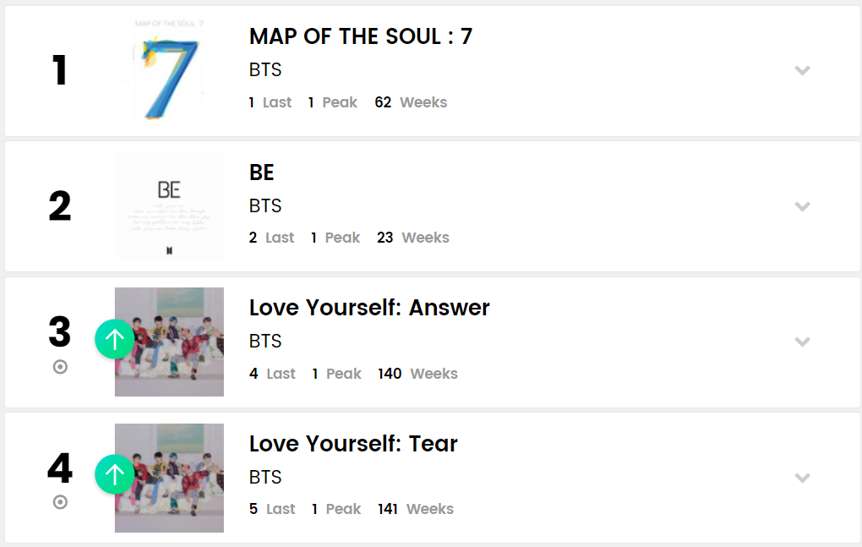 With their new single “Butter” set to be released this month, there is no doubt that BTS will continue to not only make history on Billboard but across the world.